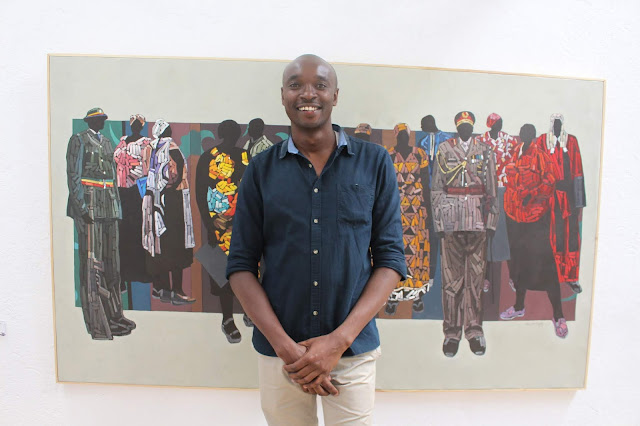 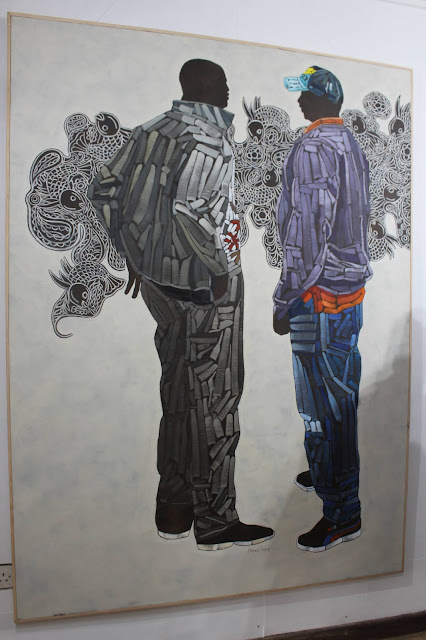 Peter Ngugi’s current exhibition at One Off Gallery, entitled ‘Fanta Orange na Mkate Nusu’ might sound cryptic or even esoteric to viewers who visit the Rosslyn Lone Tree gallery and not know much Kiswahili or much about the ways of ordinary Kenyan working folk.

But for locals who frequent public spaces around the lunch hour, they will know that many Nairobians take a soda (preferably a Fanta) and a half loaf of bread and call it lunch, or at least sufficient to fill the tummy until they reach home and have a proper hot meal.
London Maisha,Tilapia na Tusker

But one need not know the eating habits of ordinary Kenyans to appreciate Ngugi’s beautiful show at One Off. It helps if it allows one to see how closely Ngugi observes the activities of his fellow Kenyans. For while a number of local artists are veering more towards abstraction in their art, Ngugi features figurative images of wananchi, practically documenting everything from their current hair styles and colorful frocks to the latest selection of official uniforms, be they military or judicial or that of the baseball-capped man on the street.
One thing that is always fascinating about Ngugi’s art is that it’s multi-layered and infused with meaning. Yet while this show specifically features a series of works related to the political problem of leadership and corruption, one can love his art purely for its aesthetic value –the rich array of colors, designs, local fashions, balanced composition and even the animated gestures that many of his oil paintings portray.
All the paintings in this show are composed of groupings, be they 2s, 3s or 4s with one work (filling an entire wall) having a dozen standing figures, all of whom seem to be waiting for someone or something. 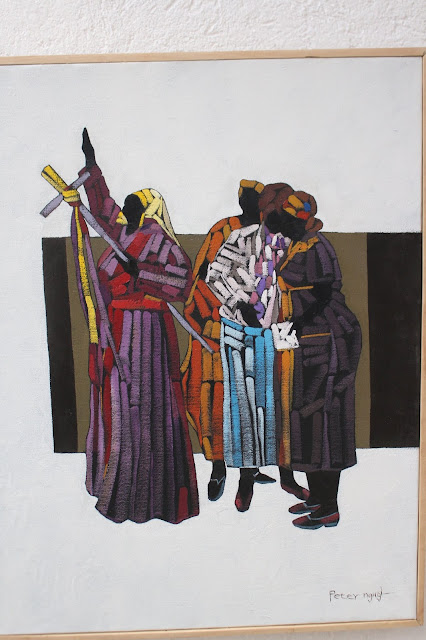 
Ngugi’s quandary and the issue he explores in this show is the question of why Kenyans continue electing politicians who they know are corrupt, self-serving and disinterested in truly serving their constituents. This is not the first time the artist explores political issues in his art; nor is it the first time his outrage at Kenya’s political scene is exquisitely concealed. It’s tucked away in symbols, such as the fish design that serves as a black and white backdrop to a number of paintings.
For instance, his ‘Pesa Maua, Tilapia na Coke’ is a painting that’s got a threesome standing, apparently waiting for more to come. They’ve already received a crate of Coca Cola, but the filigreed fish backdrop suggests that the air itself is suffused with sweet treats the people are waiting for from those so-called leaders they’re meant to elect.
The same concept and visual construction is apparent in “Maisha London, Tilapia na Tusker’, only now the two men look like they’ll be satisfied with beer rather than Coke.
The works that reveal Ngugi’s disappointment, not simply with greedy politicians but with ordinary Kenyans, are all called ‘Accomplice’. The meaning is clear. Kenyans who knowingly elect crooked pols are complicit in the crime of corruption. There are no coke crates or fish in these paintings. Only ordinary wananchi eagerly awaiting the Big Man who’ll come to give them a tip, a treat, bag of unga flour, crate of beer or soda. 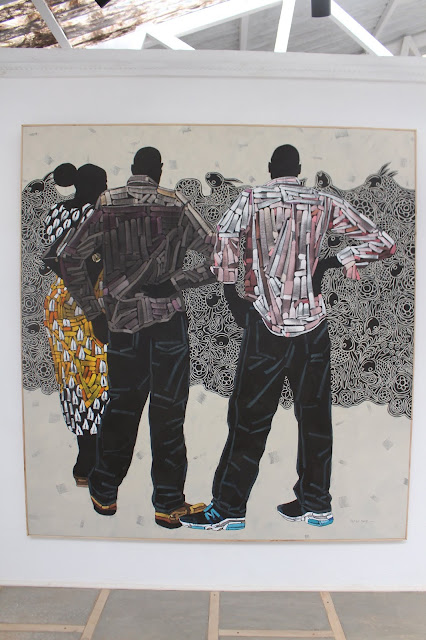 Ngugi’s subtle sarcasm bespeaks his sadness that fellow Kenyans can sell their votes so cheaply, making democracy (or one person one vote) a tragic joke. He spares no one since he sees corruption has become like an invisible vapor that Kenyans seem to live, breathe and enact themselves. 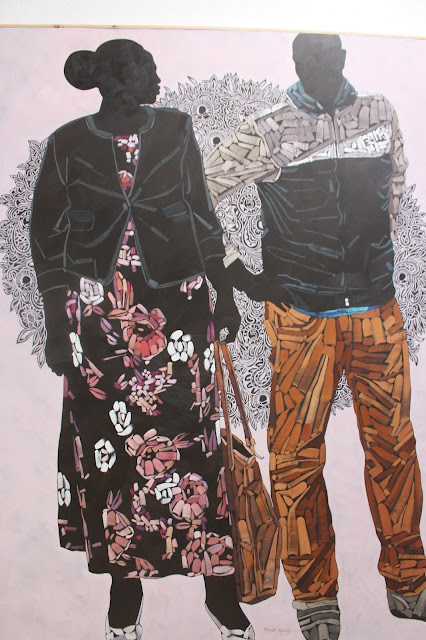 Nonetheless, Ngugi’s exhibition reveals just how art can be ‘weaponized’ to expose the ugly realities of everyday life.
Ngugi's art is in private collections in Kenya, UK, US, South Korea, UAE, South Africa, Germany and Australia. He's exhibited locally mainly with One Off Gallery but also with MaMoMa, Kuona Trust and at various embassies in Nairobi. His public works include 'Under the Kahawa Tree' an interactive sculpture at The Hub (mall) in Karen, Nairobi, other public sculptures at Gertrude's Garden, Crown Plaza, Commercial Bank of Africa and the Royal Netherlands Embassy. 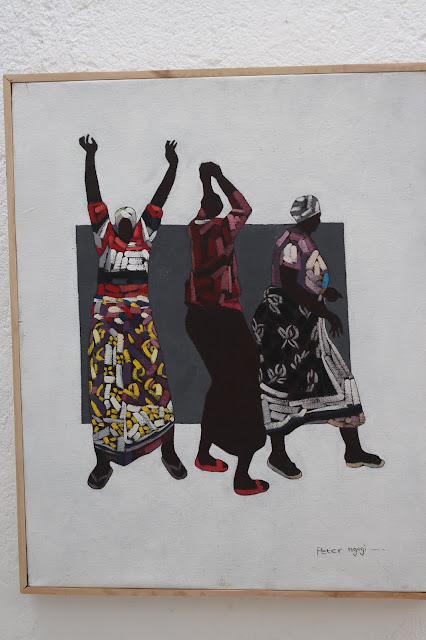 Posted by Margaretta wa Gacheru at 05:31