PAUL ONDITI BRANCHES OUT AT ONE OFF GALLERY 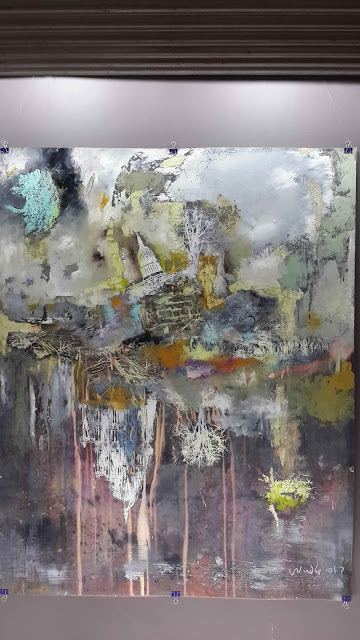 It’s been nearly five years since Paul Onditi put on a show at the One Off Gallery in Roslyn and many things have transpired in the artist’s life since then: One important event being his decision, seen in his current One Off exhibition entitled ‘Background Effects’ to dispense with his iconic character introduced to Nairobi even before his first One Off show, Smokey.


The endearing character of Smokey is etched in our artistic psyche in a way similar to how he and his ambiguous environment were conceived by Onditi using caustic acid and salt on plastic (not canvas, linen or silk). 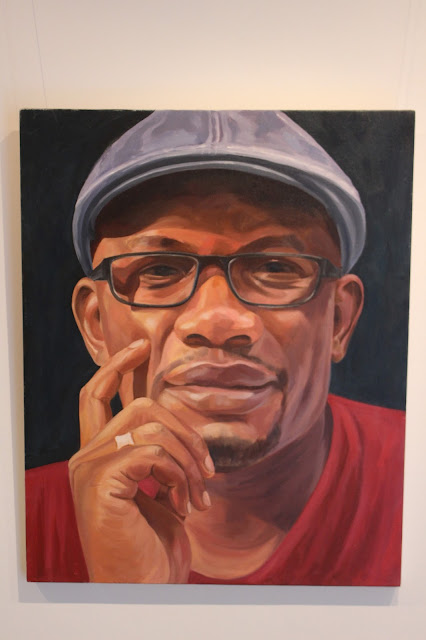 Smokey first appeared in public not long after Onditi’s return from Germany where he’d studied for several years at the Offenbach Academy of Art. We got acquainted with this quirky, adventurous character who always had his back to us but who seemed to be on an incredible journey into realms that looked like a surrealistic cross between fantasy and reality.


Smokey appeared everywhere from Alliance Francaise and Village Market to the ISK and Manjano annual art shows, all the way to the Kiboko Bay Resort in Kisumu. 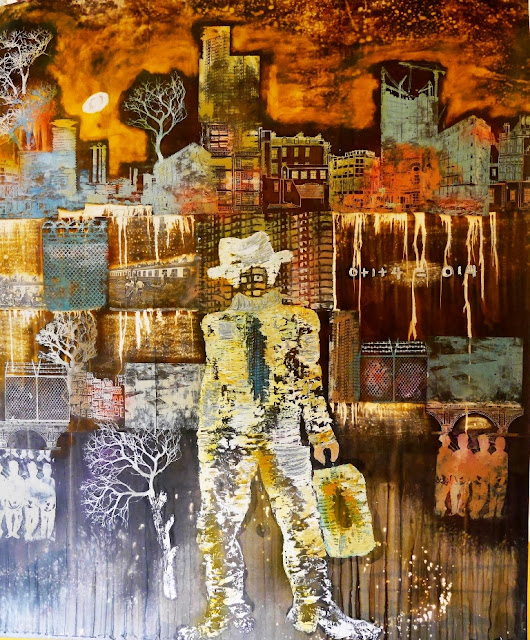 I didn’t see the artworks he sent to the US where he exhibited last year in New York but there’s little doubt that he’s been planning to explore new vistas of artistic options for quite some time. Not that we had grown weary of Smokey but the current One Off show is clearly a good site in which to remind us the man has an adventurous and experimental streak that went far beyond just one emblematic character. 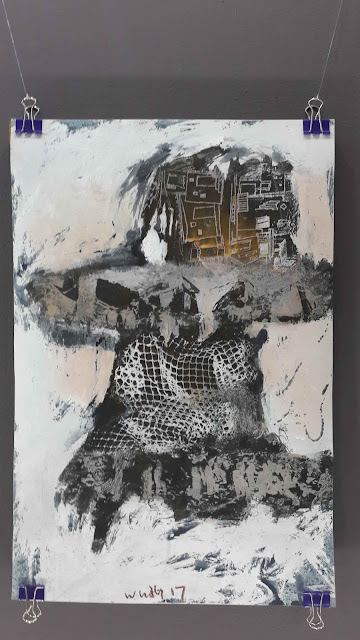 In fact, one might see the residual effects of Smokey’s esoteric realms of inquiry in Onditi’s ‘Background Effects’ show since the works are largely colorful, abstract and evocative but elusive as far as overt meaning goes. The critic who writes for One Off suggests there are political undertones in the art, but that’s pure speculation. Onditi’s new works seem more serendipitous and exploratory into the worlds of color, elusive concepts and individualistic interpretation.


Onditi’s art never fails to inspire, so I encourage you to go and see the artist’s new ventures into artistic expression which I personally warmly welcome. 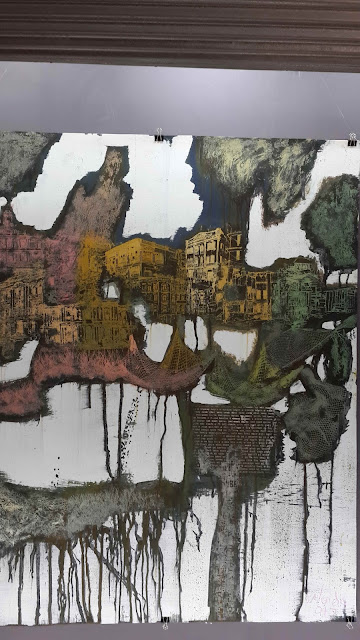 Meanwhile, much is happening in the art world this month. In Lamu, for instance, the annual Painters Festival is underway, organized by the epicurean architect and contractor, the German art lover, Herbert Menzer. A number of Kenyans are camped out in the Shela ‘suburb’ of Lamu including Nadia Wamunyu, Nduta Kariuki, Zihan Kassam, Fitsum Berhe, Sophie Walbeoffe and several others. The rest of the artists are Europeans who love the ‘plein air’ approach to painting in the outdoors. An exhibition all the artworks they have been creating since February 1st when the Festival began will be held February 17th and 18th in Shela.


Elsewhere, the Little Art Gallery will be hosting a second Garden Art Exhibition in Roslyn Heights this Saturday from 1pm. William Ndwiga is back doing his mobile art shows which are an excellent innovation, enabling members of the public who might otherwise not reach his Little Gallery in Karen or Little Art Gallery in Kisumu to see some of the best local artists shown out in the open on mobile easels.


Finally, this Saturday will also witness the launch of the second annual Chocolate Festival at the Dusit D2 Hotel. Meant to coincide with Valentine’s Day celebrations and the traditional giving of loved ones all kinds of chocolates and roses, the Festival will feature a wide variety of chocolates, most of which will be coming from Central and South America and prepared specially by the Hotel’s new pastry chef.


Dusit D2’s General Manager Michael Metaxas has already proved himself to be a Kenyan art lover, having hosted the Last-Saturday-of-the-Month exhibitions of Kenyan art in the Dusit’s spacious Den for more than a year. So it’s no surprise that he’s continuing with the chocolate art initiative that he began a year ago when Adrian Nduma painted lovely portraits using several shades of hot melted chocolate, which were auctioned off during the Festival’s inaugural weekend.


In addition to having several marvelous chocolate coated meals during the four day festival, chocolate artworks painted by Patrick Kinuthia will also be exhibited and on sale from tomorrow through Valentine’s Day on Tuesday.


One other exhibition that no one interested in Kenyan art should miss is Yony Waite’s ‘Controlled Accidents’ which is ongoing at the Polka Dot Gallery inside The Souk (across from The Hub Mall in Karen.


Posted by Margaretta wa Gacheru at 04:49