BEYOND THE GRIEF OF SUICIDE 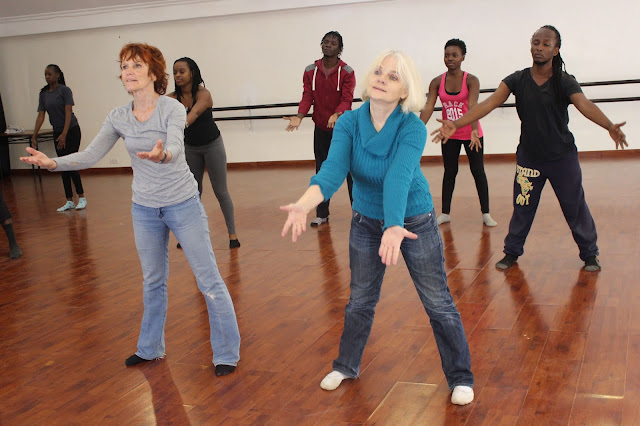 Suicide and grief tend to go hand in hand. Both are mental health issues that are not only affecting Westerners like the fashion designer Kate Spade and the celebrity chef, Anthony Bourdain. They are increasingly affecting Kenyan homes, touching the lives of both young and old.
Jenetta Barry found a way to deal with the grief that nearly overwhelmed her soul after she lost her daughter Jen to suicide. But Ms Barry is blessed with an artistic spirit and she’s not only evolved something she calls the ‘Epiphany Process’, which is essentially a technique for coping with and overcoming grief and depression. She’s also written books to help her come to terms with Jen’s fateful choice.
But possibly the most exciting, instructive and inspiring thing Ms Barry has done since Jen took that extreme turn is to create a musical production infused with contemporary dance.
‘Ins;ght: Beyond the Edge’ could easily be called a contemporary ballet, not so much a musical. Either way, it opens 23rd June and runs for two nights at Kenya National Theatre.  It’s bound to speak to a broad population, whether one’s contemplated suicide in any form, or not.
Ms Barry has been a professional dancer in a past life. But even with that artistic background, it took her some time to realize one of the best ways to recover from grief is to translate all that negative energy into a positive theatrical production meant to send a message of hope ‘beyond the edge’ of that dark, deathly path.
Devising the show from scratch over the past year, she has been working closely with Arnie Umayam, a professional choreographer from the Philippines. Arnie came all that way just to help her fulfill her dream which is to create a production that can artfully blend music (especially contemporary tunes that Jen had loved), modern dance and the spoken word, both as poetry and prose to help others understand that life is a far better option than suicide.
The ultimate beauty of ‘Ins;ght: Beyond the Edge’ results from Ms Barry’s unique style combining honesty and artistry. She lays bare her whole soul in order for us to feel the depth and breadth of emotions that she and probably every parent who’s lost a child to suicide must have felt. As a consequence, the show itself is likely to provide audiences with their own epiphany experience.


Posted by Margaretta wa Gacheru at 07:58