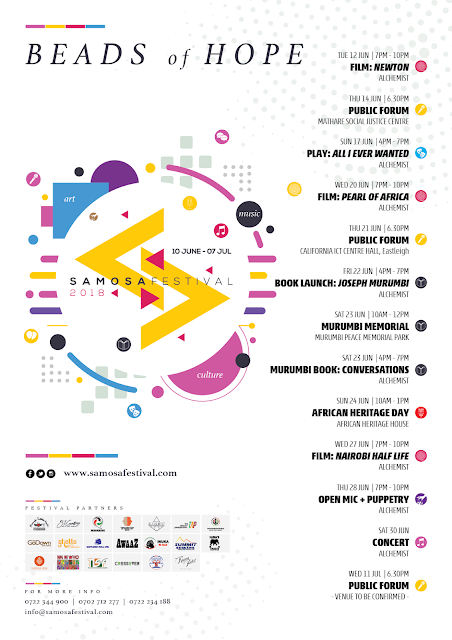 SAMOSA FESTIVAL KICKS OFF SUNDAY AT THE ALCHEMIST

The 8th Samosa Festival opens this coming Sunday afternoon (4pm) at the Alchemist in Westlands. There will be a tasty preview that day of all the fascinating multicultural events that will transpire between 10 June and 17 July. 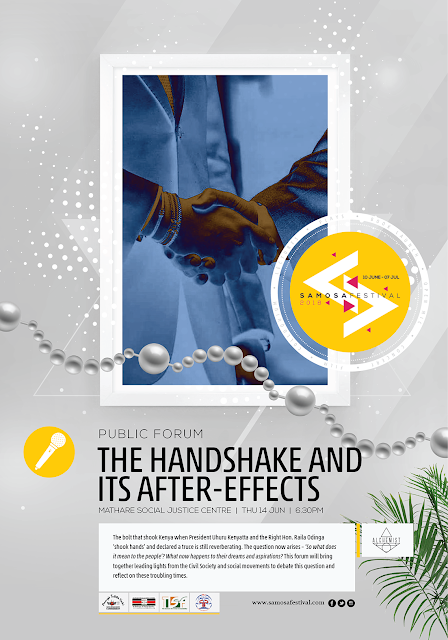 This year’s Samosa Festival will be filled with films, public forums, puppetry and an original Kenyan play by Walter Sitati and Hearts of Art entitled ‘What Can’t Kill You’. 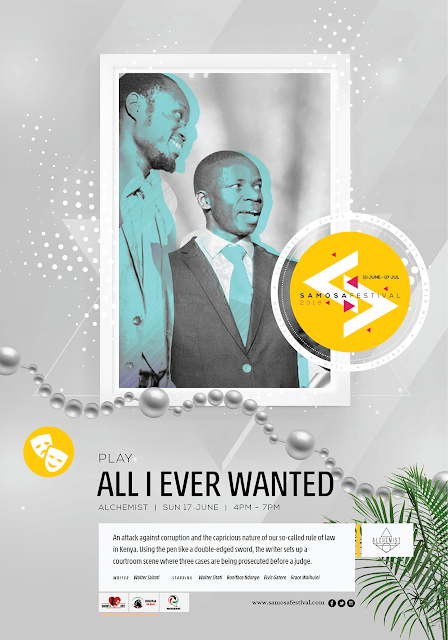 There will also be an Open Mic where local poets will perform as well as a book launch accompanied by stimulating discussions with the author of the new book about Kenya’s first Foreign Minister and second Vice President, Joseph Murumbi, the former Kenya media ombudsman Karen Rothmyer. 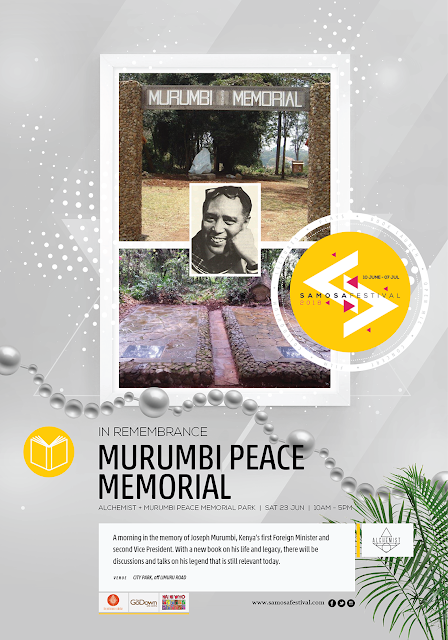 There will even be a house tour of the African Heritage House, a site filled with heaps of Pan African art, artifacts, musical instruments, textiles and architecture from all over Africa. 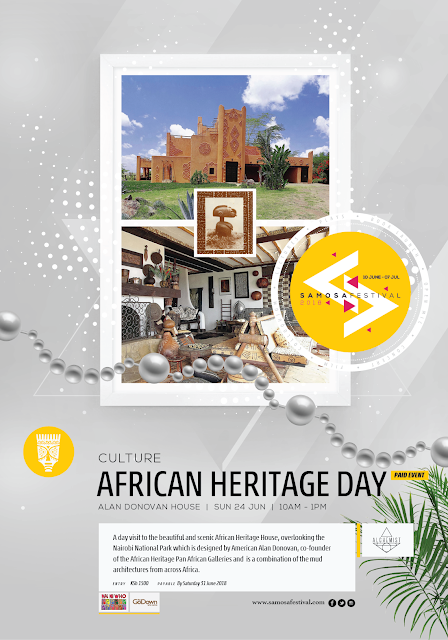 The public fora are events one won’t want to miss, apart from one happening 21 June, which is said to be ‘for women only’ since it’s about Gender-Based Violence and the Persistence of FGM. But the others are bound to rouse lively discussions as they will address such topics as the ‘Handshake and its After Effects’, upcoming on Thursday 14 June at the Mathare Social Justice Centre and ‘Constitutional and Governance Principles’ happening Saturday, 7 July from 6:30pm at University of Nairobi. 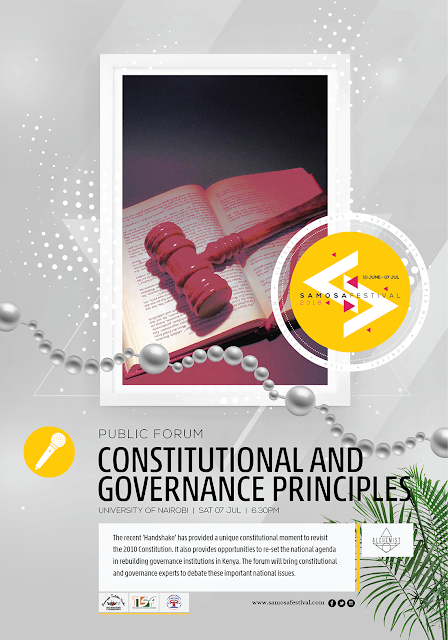 The films should also attract crowds. At The Alchemist, ‘Nairobi Half Life’ will be shown on Wednesday 27 June and Wednesday, 20 June, the documentary ‘Pearl of Africa’ about a Ugandan transgender person will be screened.
Joy Mboya, Managing Director of The GoDown Art Centre will be keynote speaker at the Sunday Launch. The organizers of the Festival Zahid Rajan and Zarina Patel will also be there with their team.

Posted by Margaretta wa Gacheru at 05:20