'WHY WE LOVE KENYA’ AS TOLD THROUGH VISUAL ART ‘Why I love Kenya’ Is a visual art exhibition that opened last weekend July 29th at Polka Dot Gallery in Karen. 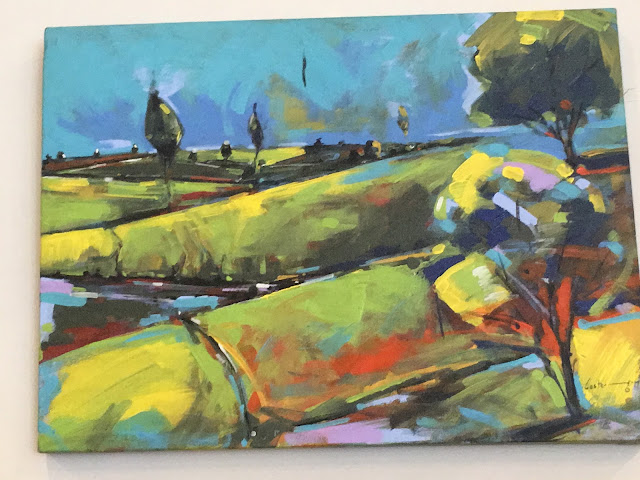 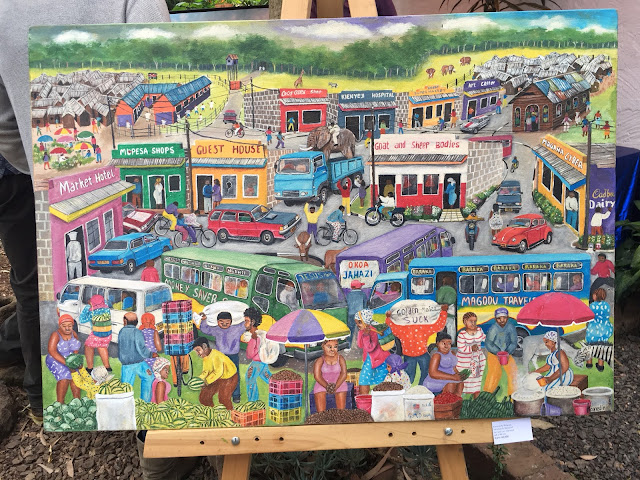 All that beauty clearly revealed why many people love Kenya. But then a few of the paintings display other dimensions of the country’s city life. For instance, Wilson Matunda’s ‘Players’ are deeply engrossed in playing checkers (be it in an informal or a gated community) while Elias Mong’ora’s  and Damba Ismaeli’s Boda Boda (motorcycle taxi) drivers expose the fact that many urbanites (including myself) appreciate the convenient transportation that the boda bodas provide. Nayianoi’s tuk tuk offers the same sort of aid to us who don’t want to endure Kenyan traffic behind a wheel of our own. 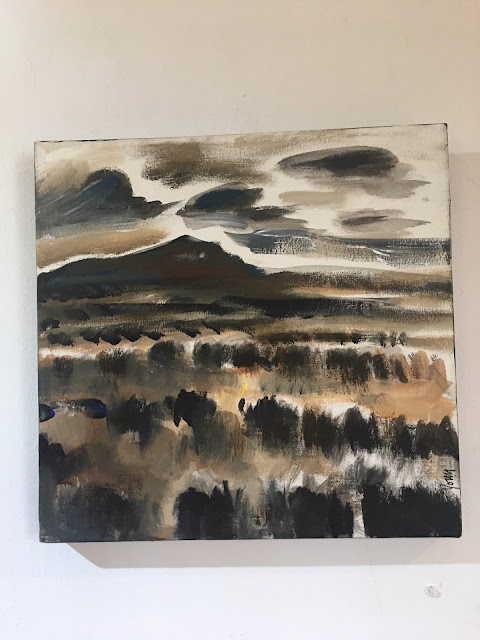 But it’s Kennedy Kinyua’s congested yet colorful rural bus stage that displays a totally other side of Kenya that is to be loved. For not everyone can afford to enjoy the game parks and scenic sides of the country since we are working to put bread on the table and pay our children’s school fees. Such workers can also see the beauty of Kenyan daily life in the fellowship we find rubbing shoulders side by side our friends and strangers.

Posted by Margaretta wa Gacheru at 09:18