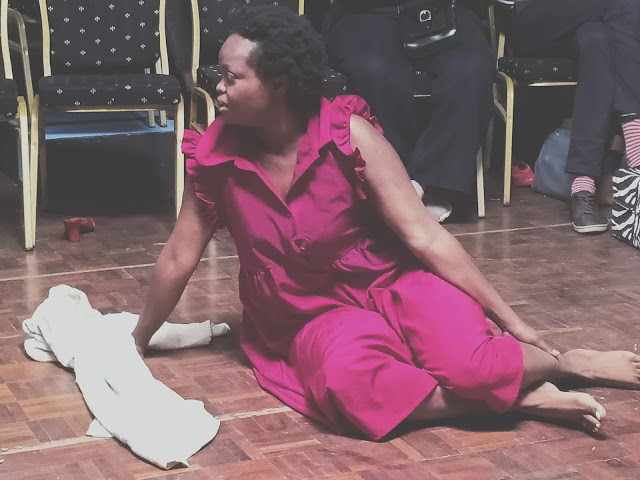 Fred Mbogo has all the makings of becoming Kenya’s version of an Athod Fugard. Not that he has to imitate or take the lead from any other African writer. But to note that both have a penchant for producing intense two-handers that grapple with complex contemporary social issues in surprising and original ways is to appreciate the compatibility of the two playwrights. 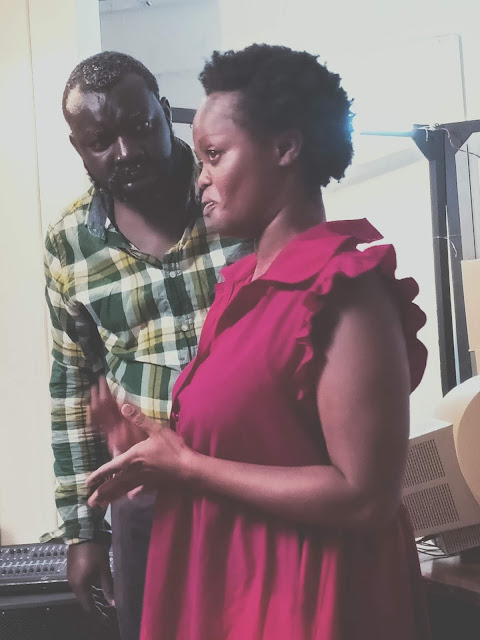 Both also create complicated characters who explore explosive themes in an edgy, emotionally-risky way. That’s what Fugard did in plays like ‘The Island’ and ‘Sizwe Banzi is Dead’. It is also what Mbogo has done in ‘The Dying Need No Shoes’ which was staged last weekend in the Cheche Gallery of the Kenya Cultural Centre.
Directed by Esther Kamba who did the same for Fred when they co-produced ‘Ajali Kwenye Ndoto’ among other plays, the stage design of a sort of theatre-in-the-round by Pauline Sifuna made the performance all the more intimate but frankly shocking.
Shocking in several senses, first because we rarely see plays that address the issue of incest; yet Mbogo does it in a way that only comes to light gradually. For when the show opens, Nice Githinji as Purity is knocked out flat on the ground and shoeless. Her first words are incoherent, but we soon learn that’s intentional. The girl had been drugged.
In the opposite corner, on the diagonal across from Purity’s prone body is a half-naked man who we quickly learn is her father (Ben Tekee), a university professor who has a preference for plucking innocent freshman females from his classroom and charming them into bed. We don’t initially ‘get’ that Purity is one of those innocents. It only comes to light as the soporific effect of the drug wears off, and she remembers where she is and why.
That recollection is one of the other stunning aspects of ‘Shoes’. For Purity is unintelligible in her early utterances, even as she speaks of death and makes an effort to commit suicide herself.
Her suicide attempt is one of the many surprises one watches unfold in ‘The Dying need no Shoes’. She tries to drown herself in her father’s bathtub and nearly succeeds, only that the Professor arrives in the nick of time and drags her from the tub.
Purity is literally drenched. To remedy the situation, the father effectively changes her clothes right on stage. That act alone might have alerted some keen observers to the intimacy the two have shared. It also suggests that just as she had little to do with the clothing change, so she wasn’t cognizant of her father’s sexual abuse while she was drugged. 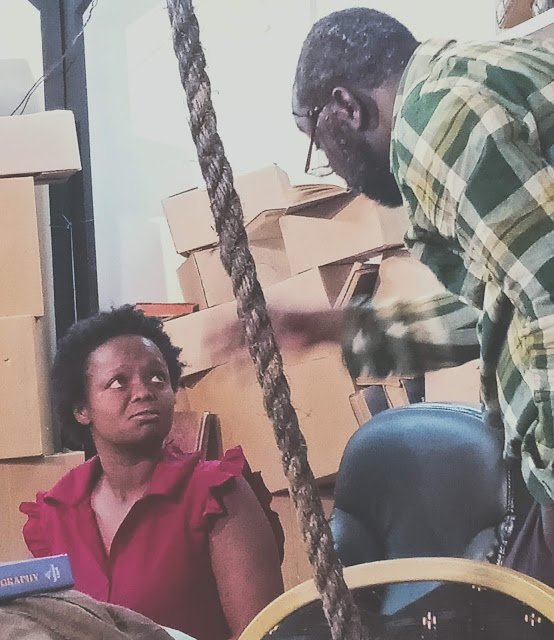 It’s not clear why the father wants her dead although he sounds like a cultic fanatic when claiming death will take her to paradise. He even tries to convince her to write her own suicide note to justify why death is the right path for her to take.
Nonetheless, it’s around this time that the drug’s effect starts to wear off. When she refuses to write the note, the ‘domestic violence’ takes a more physical form as his ugly patriarchal attitude towards women, including towards his late wife and Purity, comes out.
The more she resists, the more she comes to realize she’s been drugged and raped for nights on end. But for some reason (possibly because he thinks this is the day she’ll die), he skips drugging her that day.
Now is when Purity challenges not only his authority, but also his innocence of her mother’s demise. Hers is a damning indictment of him, and by extension, of every misogynist male who can’t cope with women’s right to choose how they want to be, independent and free from a ‘big man’s ‘permission’.
The ending of ‘Shoes’ is also disturbing as Purity finally gets the upper hand. The revenge she inflicts on her dad is as flabbergasting as is much of this amazing one-hour two-hander. But the set falls into total darkness before we can be assured the Professor drown in the same bathtub that Purity almost did. 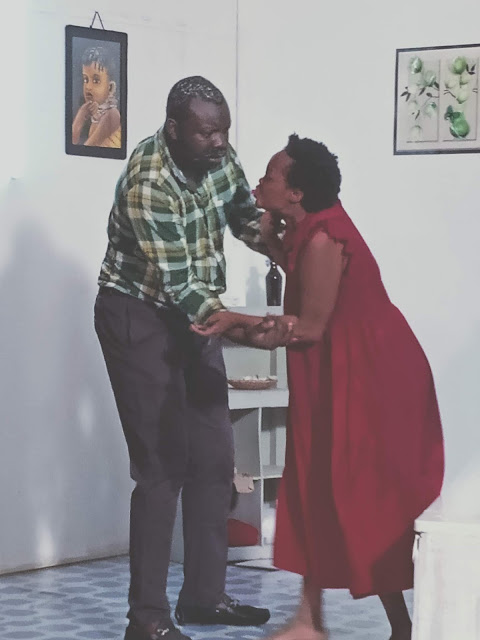 The ending of ‘The Dying need no Shoes’ should generate controversy, especially as Purity has all our sympathy up to the end. Ultimately, Mbogo has scripted a spell-binding show and selected two very versatile actors who made their characters utterly credible. The Professor has been obsessed with death for years and written tomes about it, so it might seem appropriate for him to finally get a taste of his own medicine. 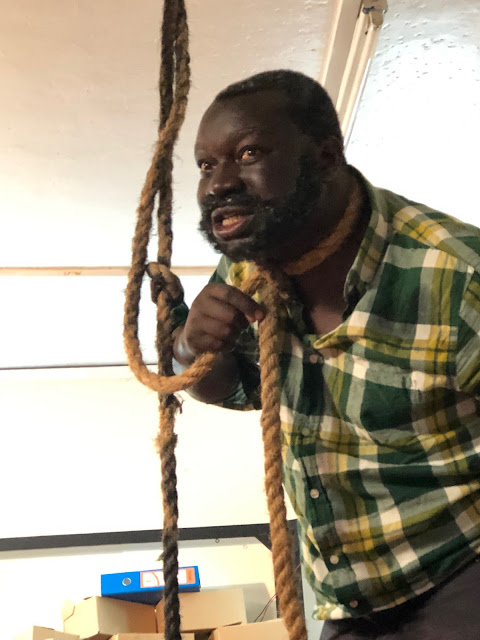 Posted by Margaretta wa Gacheru at 02:44