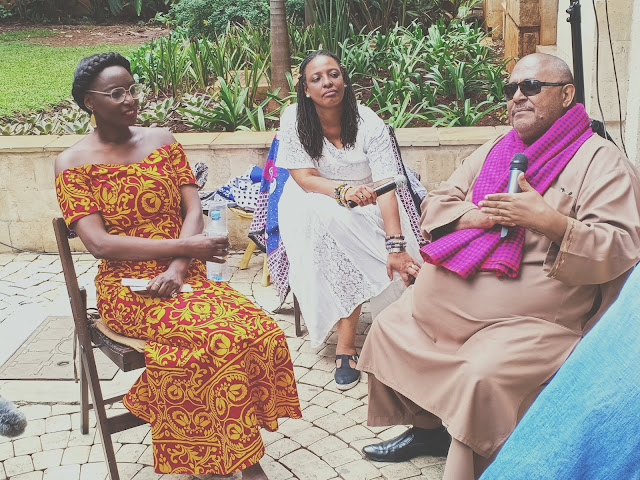 Yvonne Adhiambo Owuor had been a shining star on the East African cultural scene long before she became a world-acclaimed writer and the author of the award-winning book ‘Dust’. As the woman in charge of the Zanzibar International Film Festival several years before Dust came on the scene in 2015, Yvonne was spearheading a fledgling film industry that has subsequently blossomed with Kenyan films like Lusala, Supa Modo and Kati Kati.
But it’s her latest novel, ‘The Dragonfly Sea’ that is winning hearts and minds currently. When she did a reading of her book last weekend, coincidentally with the launch of the Point Zero 2 Coffee House at 14 Riverside Drive, fans of the writer showed up in droves. 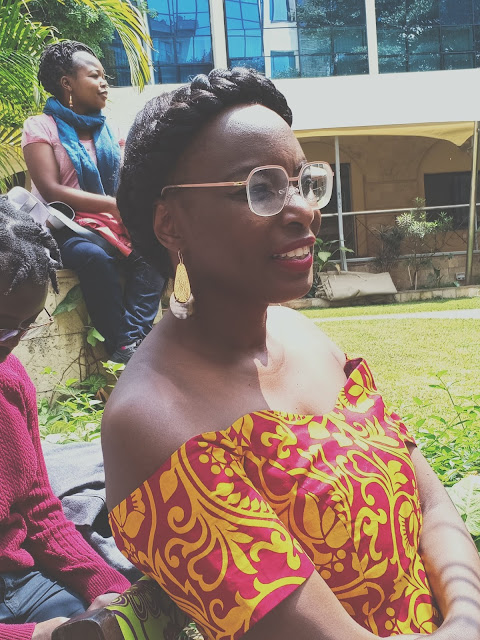 “We had our best attendance yet for the Point Zero Book Café,” said Dr Mshai Mwangola-Githongo who cofounded the Book Café with her Performance Collective and the Point Zero Coffee House.
The Point Zero Book Café happens every third Saturday of the month and has been reading and performing more than a dozen books thus far.
“I think ‘The Dragonfly Sea’ is our thirteen book, although this past Saturday was a special occasion since Yvonne was here,” said Mshai who has been a close friend of the author ever since they worked together at Aga Khan University.
Normally, Mshai and The Performance Collective focus on a single African writer and novel over a period of two months. “The first month [the third Saturday] we don’t expect our audience to have read the book yet [be it ‘Born a Crime’, ‘Beloved’ or ‘The Binti Trilogy’]. So we give them a short synopsis, a bit of background on the author and then we perform, reading selected portions of the book,” explained Mueni Lundi, who together with Mshai, Aghan Odero and Zein Abubakar established The Performance Collective back in 2017. 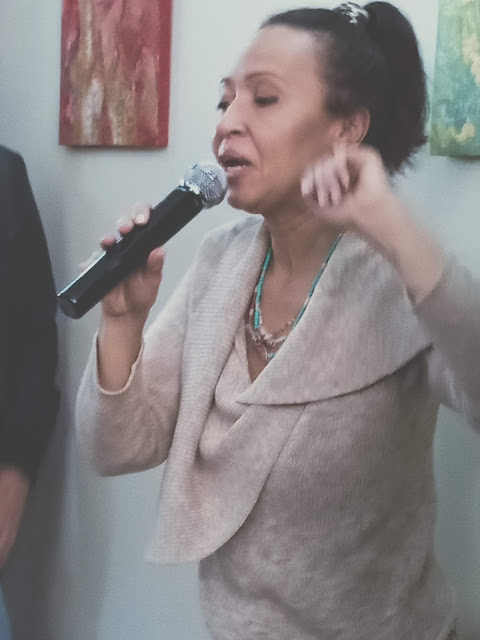 The collaboration with Point Zero Coffee’s Andrea Moraa and Wangechi Gitobu got underway the same year. “A portion of each Book Café session is also dedicated to Coffee,” said Mshai. “Andrea is a professional coffee taster, so we normally start off by talking about the book and then Andrea talks about different kinds of [specialty] coffees that one can taste at Point Zero,” she adds.
“I actually show people how to be a professional coffee taster,” says Andrea who worked for many years at Starbucks Headquarters in the UK. She not only shows her book audience the artful techniques of tasting coffee. She also shares shot-glass cups of the special coffee that she’s discussing that Saturday. Then to top her session off, she ‘pairs’ the coffee with a pastry that she says enhances the coffee taste.
Last Saturday, Andrea highlighted two coffee flavors, one from Kenya called Origin Othaya, the other from India called Monsoon Malabar, which she said was meant to correlate with the novel since we learn that day that the ‘Dragonfly Sea’ was none other than the body of water best known as the Indian Ocean. 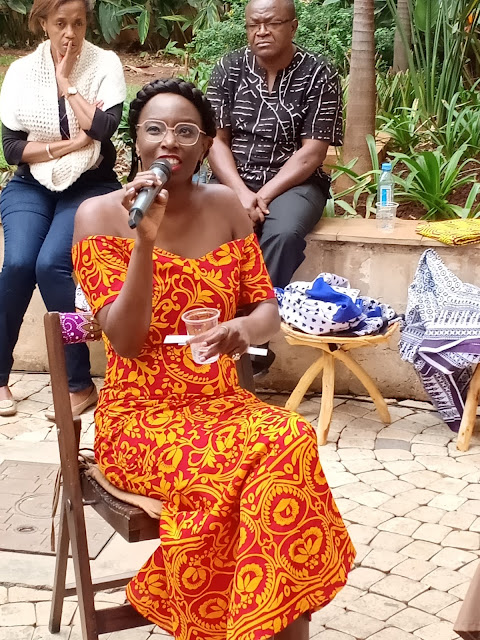 It was Zein who gave us the historical background on Kenya’s being a ‘maritime nation’. Having been born and raised in Mombasa, he had a special perspective on the ‘Dragonfly Sea’ which was closely related to ‘decolonizing the mind’ by remembering who actually gave that body of water its name. It wasn’t the indigenous people; it was the colonizer.
It was Mshai and Aghan who did a dramatized reading from Yvonne’s new book that whetted our appetite for the writer herself to finally take the mic and not just read but tell us stories about what had inspired certain portions of her enchanting tale.
Like many in the audience that day, I have not yet completed reading ‘The Dragonfly Sea’. But I had read enough to know that the little girl Ayaana is a charming, compelling character whose life journey takes her far from Pate Island at the Kenya Coast and takes us through many adventures and realms that will open our eyes even further to the elegant artistry of Kenya’s own Yvonne Adhiambo.

Posted by Margaretta wa Gacheru at 07:11