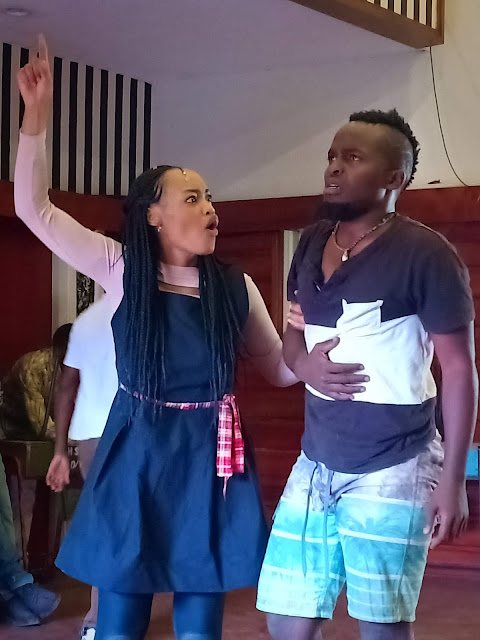 Sarafina the musical exploded on the Kenya National theatre stage this past Thursday night. The return of this iconic story of anti-Aparteid struggle came back as a result of popular demand. The Theatre had to turn away a multitude of theatre-lovers the first time Nairobi Performing Arts Studio put on the show, making it an imperative for NPAS’s director Stuart Nash to reassemble his cast and crew.

This time around however, more than half the cast is new. One need not say ‘improved’ since one must see for him or herself. But having Martin Githinji play Constable Sabela, the Home-Guard-kind of villain who’s an instrument of Apartheid oppression against his own African people, is incredible to see. One has rarely watched such a wicked bad on our local stage. What’s more, Martin says he loves playing the part of a nasty guy since villains tend to be the most complex characters in any production. 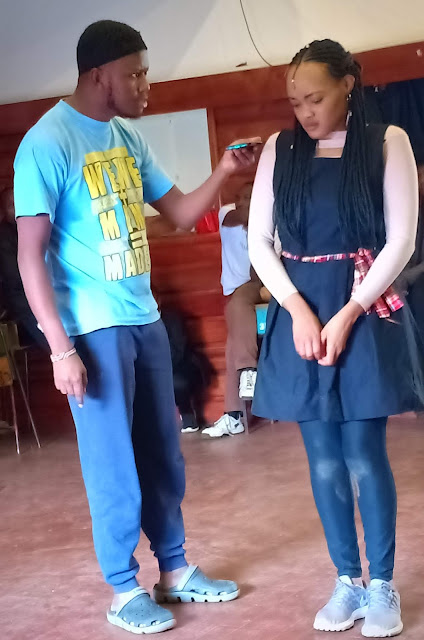 He also says he loves playing opposite Sheila Munyiva who, this time round, stars as Sarafina, a role previously played by Brenda Wairimu.
Martin is not alone in describing Munyiva (who starred in Wanuri Kahiu’s film, Rafiki) as an energizing force in the production. Fanuel Mulwa who comes back in the same role of Crocodile in this award-winning production, also has loved working with this lively lady who is likely to be the show-stealer as Sarafina.
Yet Mkamzee Mtalele is also a shining star in NPAS’s ninth musical. Playing the role of the much-adored history teacher, Mistress, whose defiance of the Boer-brand of Afrikaner education gets her into big trouble with the System, personified by Ian Barton and his son Chris who both play Afrikaner cops who surveil the Soweto school and find Mistress to be a militant menace. 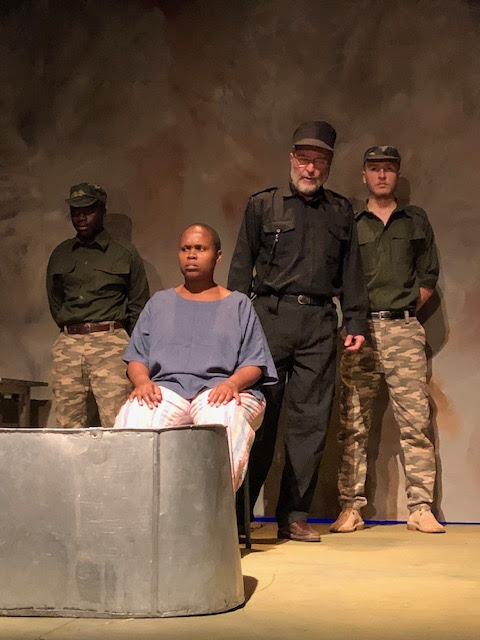 More than half the cast is new. Most are in their twenties, being students at NPAS for whom their participation in a live Studio production is mandatory. It’s a rigorous commitment since Nash is a professional performer, having been on West End stages (UK’s equivalent to Broadway in New York) from the age of nine. He not only directs the whole show, but produces it and assembles the cast, crew and band which are performing all the magnificent music live for the next few weekends.
For those who don’t know or remember much about the heinous Apartheid regime or the racist, white supremacist system that prevailed in South Africa for many years, it’s important to recall that Soweto youth like those in the play, originally written by Mbongoni Ngema, are the ones whose courageous confrontation with the System’s racist bigotry effectively launched the mass movement that ultimately led to the freeing of Nelson Mandela after 27 years locked up on Robbin Island and to the Independence of South Africa. 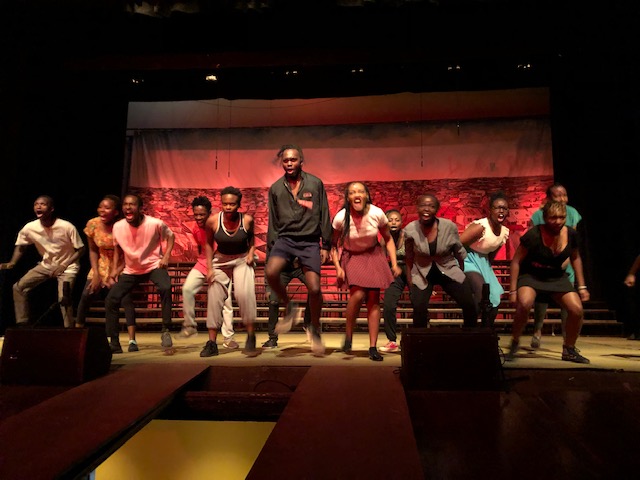 Sarafina was actually staged twice before, once in 2018 and previously in 2003 when Mkamzee played to title role of the girl whose passionate prayer for the liberation of Mandela fueled first the play, then the musical and finally the film.
Stuart Nash combined elements of all three to create an original production that will surprise those who have watched the film, which starred the African American actor Whoopi Goldberg. 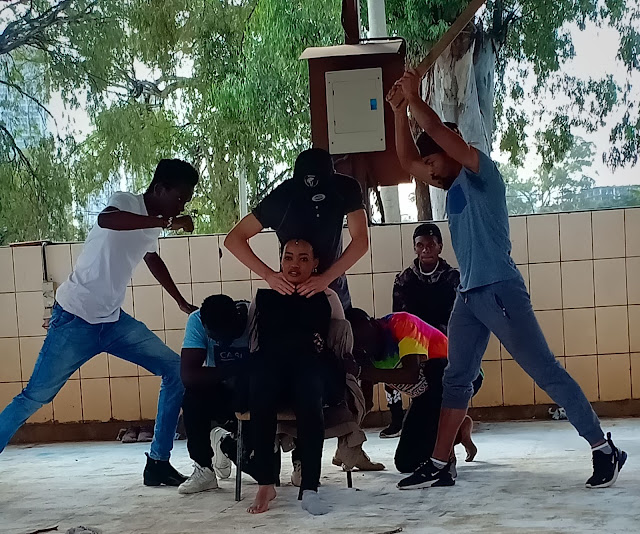 Sarafina also being tortured by the Black apartheid interrogators

Come to the Theatre prepared for an electrifying experience as this cast has imbibed the spirit of liberation struggle set to music and marvelous dance, choreographed by Alexus Mwangi. Come prepared for a first-class production, even if you saw Sarafina in 2003 or 2018. It’s a show for the now!


Posted by Margaretta wa Gacheru at 08:25