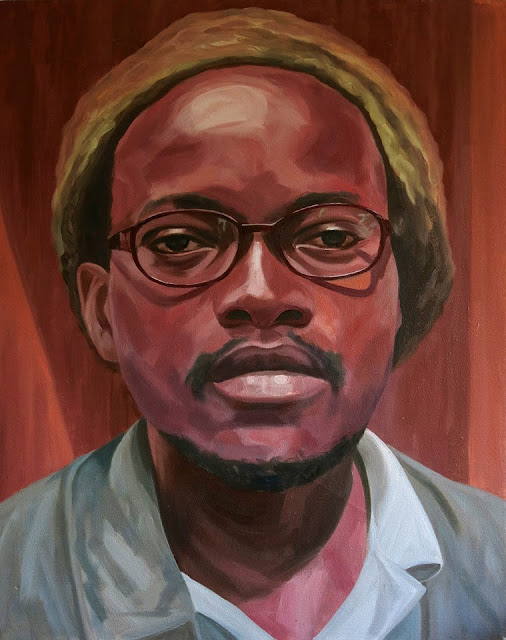 In the visual arts, there are various techniques: from painting, drawing and sculpting to print-making, photography and even photo-transferring; but I’d never associated ‘imprinting’ with fine art.


It took Gor Soudan’s current solo exhibition at Red Hill Gallery entitled ‘Imprints’ to show me more about this versatile technique which Gor has been experimenting with for some time. His ‘imprints’ are the outcome of those ingenious experiments.


This is not the first time Gor’s devised inventive ways of creating his art. A while back, he was creating enchanting ‘see through’ sculptures made out of metal wires that he’d collected off the street.


In both cases, his art derives from a sensitivity to his environment and a passion for transforming the ordinary (be in a tree branch, a door, window grill or spare part) into an extraordinary work of art.


Interestingly, Gor never went to art school. Instead he studied philosophy and sociology, two subjects that possibly enhanced him iconoclastic approach to the arts.


One can also see his unconventional approach to art in the eclectic assortment of materials he employs to make his Imprints. For one thing, his works are all on Japanese rice paper, not canvas or linen (a medium he apparently discovered while doing an artist’s residency in Tokyo). Neither does he work with oil paints or acrylics, only inks of assorted colors, mainly black but also turquoise blue and pastel pink, which he meticulously applies with fine-point pens.


And then there are the door hinges, nails and tacks as well as the hammer and screw driver that he uses specifically when creating his sculptures, of which there are just two in this unusual show.


One is part of an impressive installation that covers a whole wall at Red Hill. It started when a friend gave him a three-meter long tree branch and recommended he do something with it.


Fortunately, rice paper comes in thick roles which enabled him to literally wrap his branch in one long swath of the delicate yet durable paper and then rub it using granite and charcoal to produce the initial imprint.


After that, Gor explained at last Sunday’s opening, he unwrapped the branch and proceeded to accentuate the impressions the branch’s bark had made using a fine-point pen and black ink to create geometric designs the contours of which derive exclusively from his friend’s branch.


As if that process wasn’t sufficient to prove Gor’s ingenuity, he then decided to cover the branch in rows of door hinges. Then, the final challenge was installing both imprinted elements, both the hinge-skinned branch and the finely designed rice paper, which now stands out as one of the high points in Gor’s show.


His other sculpture is quite different although it too began a random piece of wood which Gor transformed, this time using nails and tacks to amplify the contours of what somehow looks like a living, crawling creature.


As for Gor’s other imprints, one of the most exquisite of them derives from his rubbing of the relief carvings that he found in Lamu on their famous Swahili doors. Again, Japanese rice paper serves as his format for outlining the initial imprints to accentuate the beauty of the door carvings. But what’s equally engaging about his Lamu Door study is again the delicate geometry of squares, and triangles that he’s painstakingly drawn with a refined attention to detail.


Gor also has a sculpture over at Circle Art Gallery, part of a fascinating group show assembled around the theme of Three Dimensional art.


But in addition to Red Hill and Circle galleries having openings this last week which will run through the end of the month at least, last week also witnessed art opening of exhibitions Patrick Kinuthia at The Art Space, Elaine Kehew at Lord Erroll’s restaurant, ‘Recent Works’ by One Off artists, including Beatrice Njoroge, Richard Kimathi, James Mbuthia, Timothy Brooke, Florence Wangui, Ehoodi Kichapi, Peterson Kamwathi and Peter Ngugi who finally saw his 12 meter spoon and scrap metal tree installed at The Hub.


The Hub in Karen has also been the site of the Spanish artist Begona Lund’s multi-media exhibition that embraced sculpture, painting, jewelry and poetry. Begona, along with Peter Ngugi and Patrick Mukabi have confirmed with the Hub’s interest in making their new mall a venue for practicing artist like Mukabi who with fellow artists from Dust Depo studio conduct hands-on children’s art classes every weekend.


One last footnote about Art Space, the current hanging of Kinuthia’s work does not do justice to the artist. Neither did the previous hanging of Joel Lukhavi’s photography treat his work fairly.

Posted by Margaretta wa Gacheru at 04:10