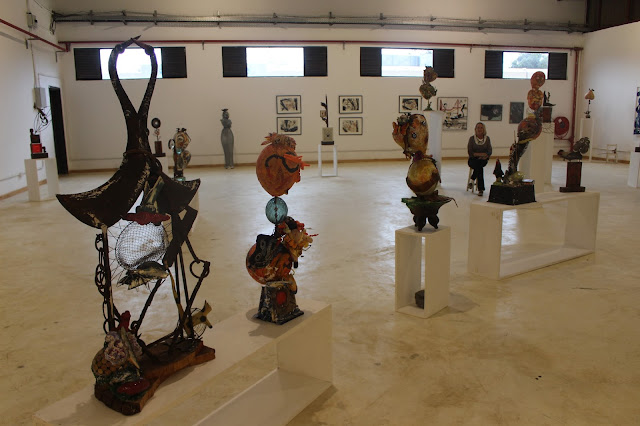 
Begona Lund is a phenomenon, a visual artist who fits right into the Kenyan art scene where countless local artists share her passion for recycling junk and transforming it into gorgeous works of art. 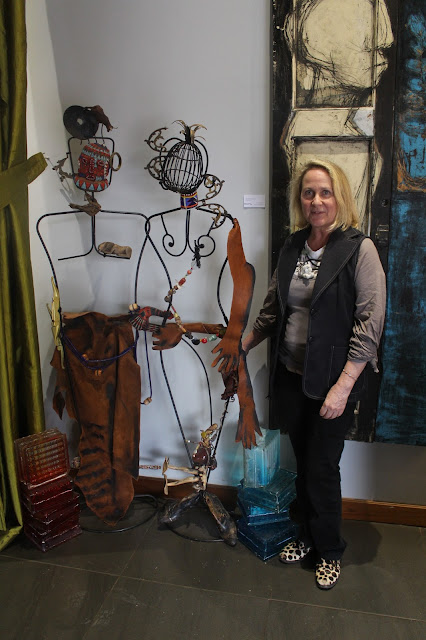 She’s also a poet who creates her multimedia paintings, sculptures, and unique neck jewelry  with ‘found objects’ from all over the world which she uses to symbolize concepts mainly associated with ‘women, earth and water’ which is also the English title of her recent exhibition at The Hub, which in Spanish reads ‘Agua, Tierra, Mujer’. 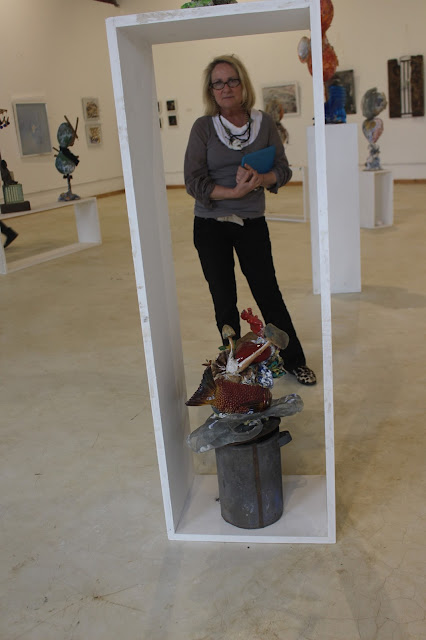 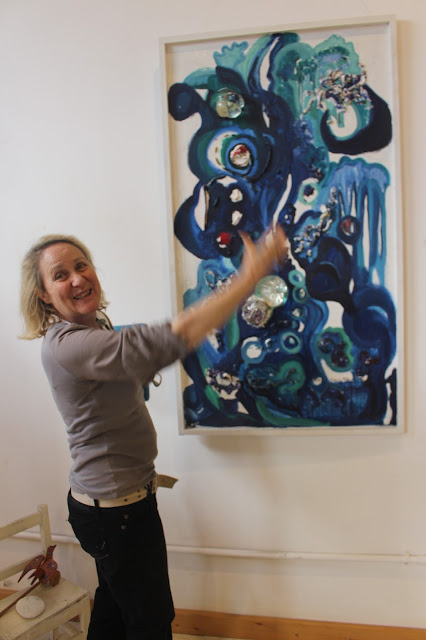 The global character of Begona’s art has a lot to do with her family’s lifestyle which has involved their traveling and working everywhere from Spain (her original home), Portugal and France to Costa Rica, Honduras and the Caribbean to Morocco, Cameroon and now Kenya. And in all those places, she’s collected anything she could envisage as one day becoming an essential element in one of her works of art. 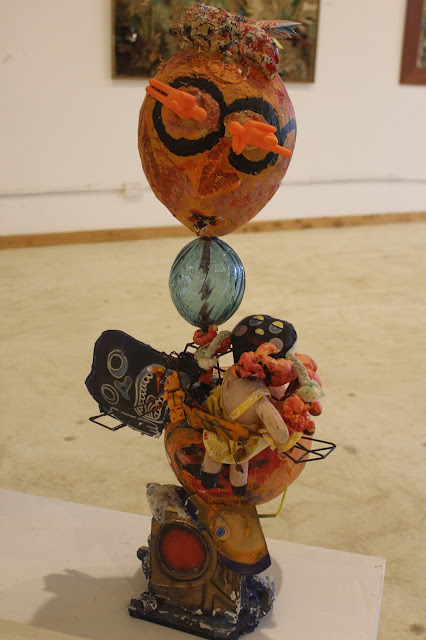 “Those things just call me,” she told Business Daily, adding that she finds odds and ends in antique shops, open markets, or just lying on the street, like the car gear she used to create the sculpture ‘Hugging Eternity’. 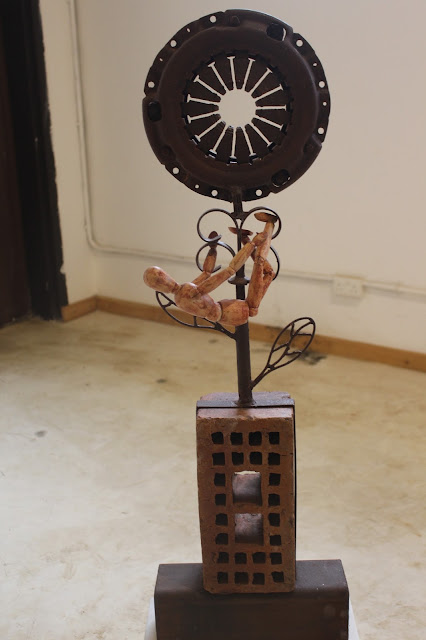 Collecting other people’s junk, be it scrap metal, iron blocks, French porcelain, mother of pearl, scraps of leather, cotton, lace or silk thread, is not unlike the work that many Kenya visual artists do. But what’s slightly different is her extravagant way of mixing and blending disparate elements, often using a polyurethane cohesive to fuse them altogether. 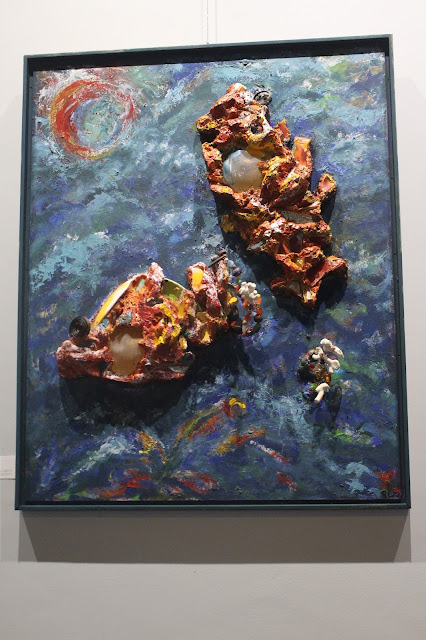 For instance, she has several three dimensional semi-abstract paintings of fish, one designed completely out of black silk thread, the others made with a mixture of beads, scrap metal, silicon, stones and bone. For her, fish have a correlation with woman since they both have an affinity for water which for Begona is a source and mainstay of life. 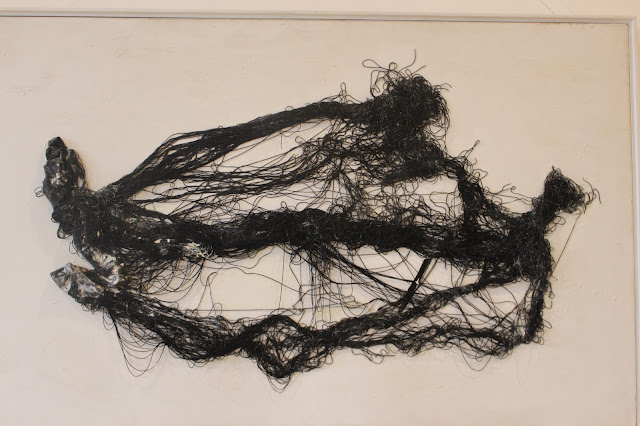 But fish are just one of the images she uses to convey her appreciation for women, especially those she’s met on her travels. She’s created nine papier mache sculptures of women, all of which present symbolic rather than literal embodiments of the female. All are shaped in a whimsical, playful style: one with a sophisticated Ascot-type cravat, others with torsos shaped like a Valentine heart. 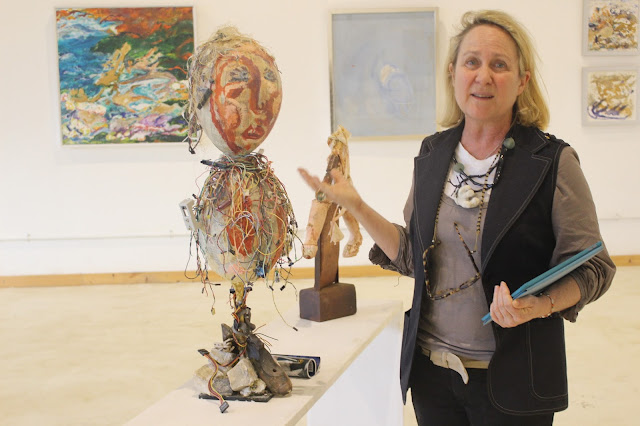 Much of Begona’s art at The Hub reflected the retrospective aspect of her show. That included her nine madams and her wildly original neck sculptures made with everything from coral, agate and mother of pearl and to hippo teeth, silicon, aluminum and wood. 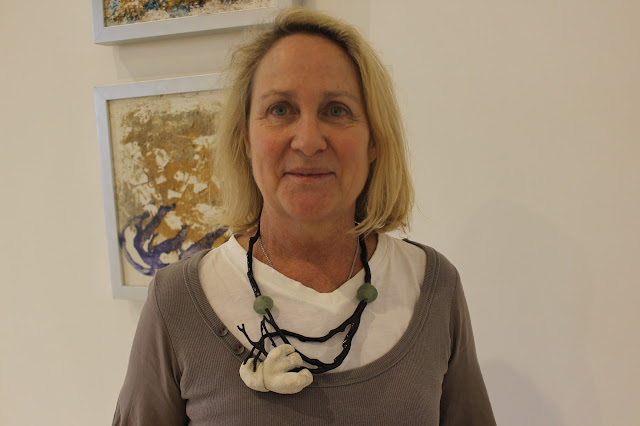 But a portion of her show, including her poetry, has been created since she’s been in Kenya. That includes sculptures like ‘Street Children’ and ‘Help!’ both inspired by her work teaching art to street kids in Pangani and Mlango Kubwa (with the NGO Alfajirii), and her semi-abstract Maasai paintings which reflect her concern for that community and what the future holds for its changing culture. 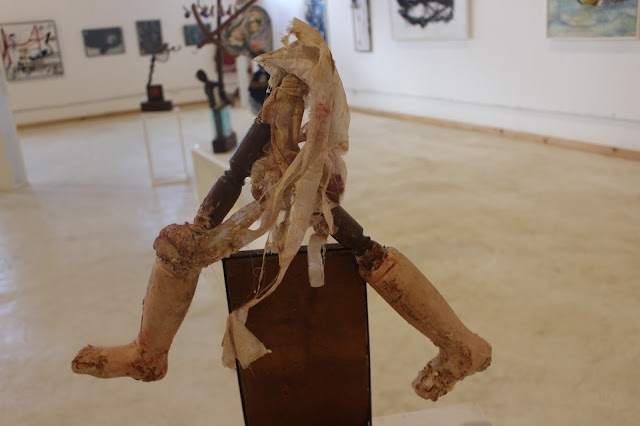 A few of works address gender issues and relationships -- some good, like the life-size wire sculpture of a happy couple standing at the entrance next door of Picazzo’s café; others not so good, like the sculpture expressive of some sort of estrangement between woman and man (symbolized by a hot-tempered cock). 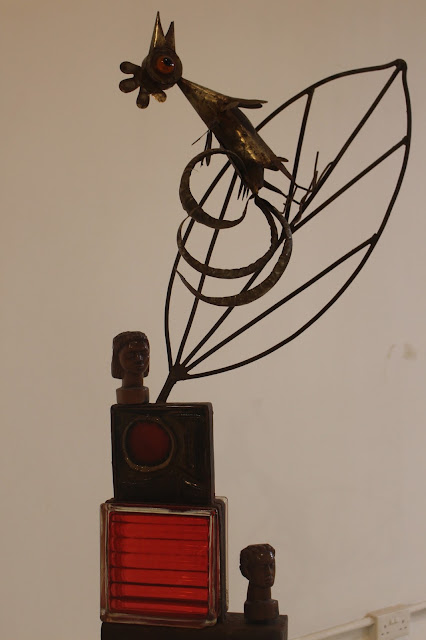 Personally, my favorite piece in Begona’s show is her sculpture of a cosmopolitan lady, fashionable dressed in a sheer wire-mesh gown looking regally and statuesque as she stood in the far corner of that spacious exhibition hall looking like she was in charge of the whole show. 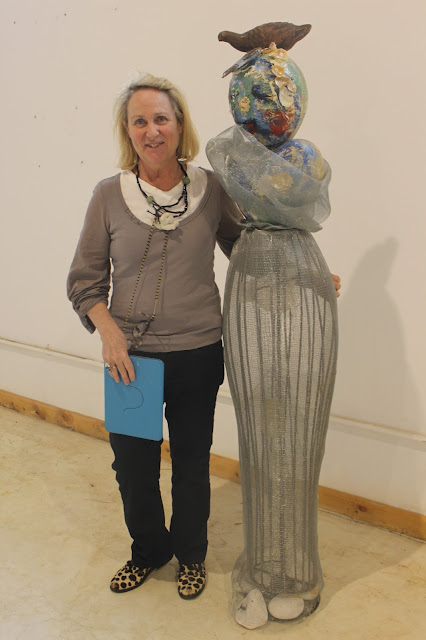 Noting that she’s worked with children, (primarily the underprivileged) everywhere she’s lived, Begona says the most gratifying aspect of her exhibition was that several thousand children (mostly students) came to see her show and were clearly intrigued and inspired by her eclectic approach to art. 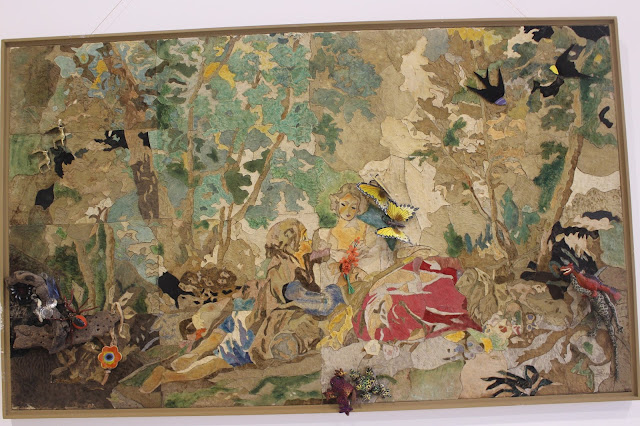 Posted by Margaretta wa Gacheru at 02:22