KUONA RELOADED, AN ARTISTS' FUNDRAISER DESPITE SHADOW OF FINANCIAL SCANDAL AT THE TRUST 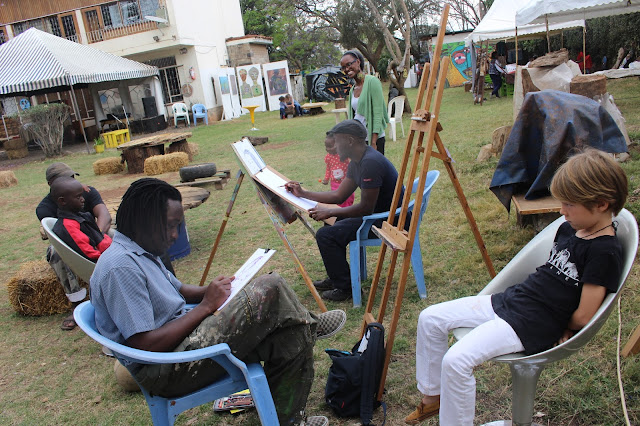 Paul Njihia and Fred Abuya, both Kuona-based artists draw caricatures of guests at Kuona Reloaded as part of fundraising initiative by artists. All photos by Margaretta

Even though Kuona Trust’s Board of Trustees shut down the Trust offices last September so that one of its major donors could conduct a special audit of Kuona’s accounts, all the studio artists based there have vowed to do everything in their power to keep their precious art center alive and strong.


That power was dramatically manifest this past weekend when the artists organized a multifaceted event entitled ‘Kuona Reloaded’. 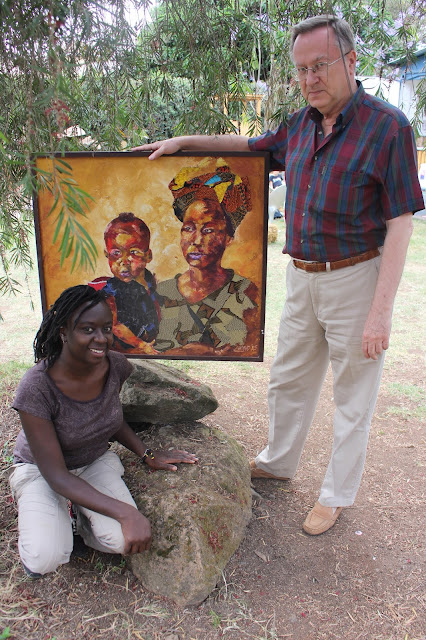 The Russian Ambassador bought Rosemary Ohoro's "Mother and Child" during Kuona Reloaded. the Ambassador is a keen supporter of the Kenya contemporary arts

Part art fair, fund-raiser and live music concert, what was ‘reloaded’ at Kilimani-based art center was clearly the artists’ spirit, recharged after being demoralized by all the rumors circulating that “Kuona was dead.”


“Just because the offices are closed doesn’t mean Kuona is dead,” said Meshak Oiro, one of the 35 artists based at the Trust who was quick to debunk the talk of the Kuona’s demise. 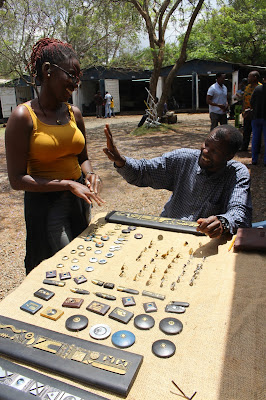 Deaf jewelry designer and painter Wilson Mwangi having fun with artist Nadia Wamunyu at Kuona Reloaded. His necklaces, pendants, wall hangings and rings were displayed during Kuona Reloaded and are also sold at the Kuona shop

Ironically, the current crisis the center is facing (given that multi-millions are missing and some donor-funded projects stalled since the cash they require is ‘gone’) has galvanized the artists to work in solidarity to give the center all they’ve got.


Working collectively, they created a central committee made up of five (namely Gakunju Kaigwa, their chosen Chairman, Thom Ogonga, Dennis Muraguri, Alex Njoroge and Kevin Oduor). After that, the immediate issue was raising funds to meet the minimum requirements to keep the Trust afloat. 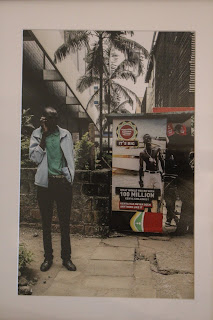 The most conspicuous fundraiser opened last Saturday morning after almost all the artists donated one or two works for sale (at a ridiculously low price) to the opening day art sale of Kuona Reloaded.


Starting from 10am, friends of the Trust floated into the gallery and within the first hour, artworks by everyone from Dennis Muraguri, Patti Endo, David Thuku and Onyis Martin to John Siver, Jessica Atieno, Longinos Nagila and Rosemary Ahoro had red ‘sold’ stickers under them.


By the end of that first day, practically everything on the gallery walls was sold. There are still some paintings and sculptures on sale there through this weekend. Plus a myriad more are available in Kuona’s shop together with jewelry, gift cards, hand-painted bags and t-shirts.


Another sign of artists solidary is that all their studios are open and the public encouraged to come, see and buy art at prices set by each creative; then, a percentage of each sale goes towards saving one of Kenya’s leading art centers. Gor Soudan, his wife and newborn child had a delightful time at Kuona Reloaded

“We’ve already covered this month’s rent,” said Wangari Murugu, one of the four trustees. The other three are Chairman Chris Ngovi, Rahab Nderu and Maggie Otieno who on Saturday presided over a raffle of artworks by both Kuona artists and alumni like Michael Soi who contributed one of his popular hand-painted bags to the cause. 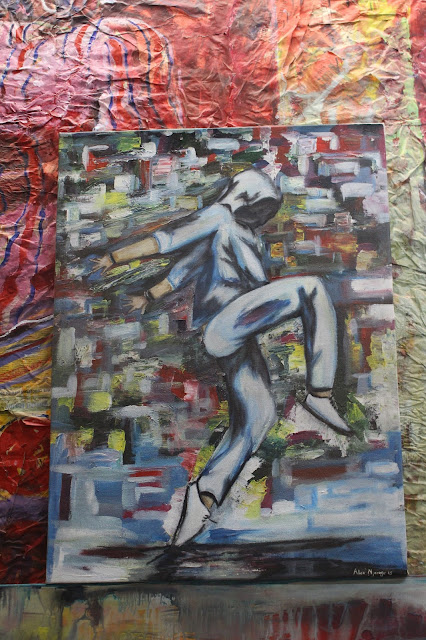 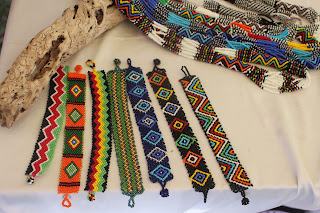 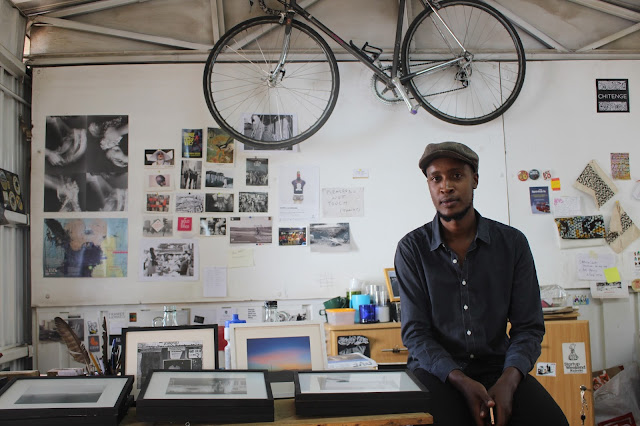 Above: Art by Aron Boruya (above Gor), painting by Stickky Muriithi, Jewelry by Cindimillie and photo of Photographer Joel Add to dictionary in his studio at Kuona Trust..


The committee also opened their spacious grounds for artisanal vendors like Cindimini Jewelers to rent space and sell their hand-made crafts and clothes.


A local reggae band also performed throughout the afternoon and into the night. Tunedom Reggae was so good a band that many people couldn’t resist jumping up on the grass and getting their reggae moves in gear.
Tunedom Reggae perfrmed at Kuona Readed 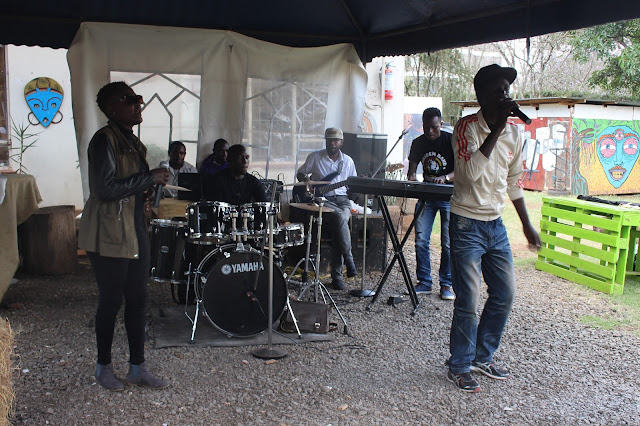 Tunedom Reggae performed live most of the Opening day of Kuona Reloaded.
By now the special audit has been completed. Commissioned by the Swedish NGO, Forum Syd, its results will soon be shared with the artists and other interested parties involved in financially supporting the Trust.


Kevin has yet to complete the work since he never received the funds required to buy all the art materials. The Ministry is concerned because they already paid USD10,000 directly to Kuona Trust by cheque, yet Kevin didn’t receive a spec of that money until the Ministry queried Kuona’s former Director Sylvia Gachia as to why funds hadn’t been released to the artist. 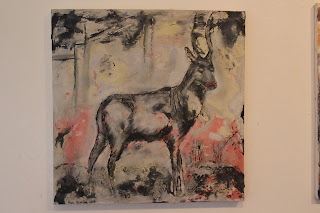 After that, Kevin received a fraction of the funds he needed, but then, the questions started to fly and he hasn’t seen his money nor Sylvia since the offices were shut.


Meanwhile, the Kenya Art Fair opens officially today through this weekend at Sarit Centre. Originally organized by Kuona, the Art Fair was on its way to becoming one of the most anticipated art shows of the year. But that was before the current cash crisis came to light and most Kuona artists have distanced themselves from the Fair until the current scandal gets resolved. 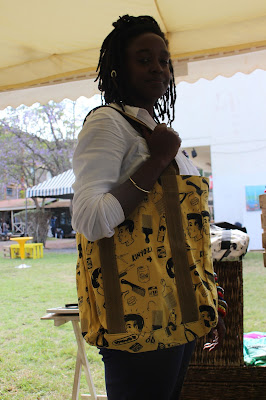 Bags painted by Kenyan artists like Michael Soi, John Kamicha and Dennis Muraguri are selling at Kuona Trust, The GoDown and elsewhere.


That resolution is bound to come soon since not only the artists, but the donors and the Kenya Government are keen to get to the bottom of the ‘missing millions’ at Kuona Trust. 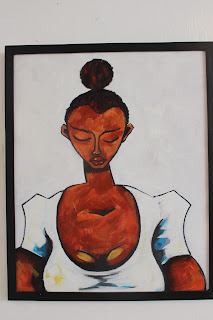 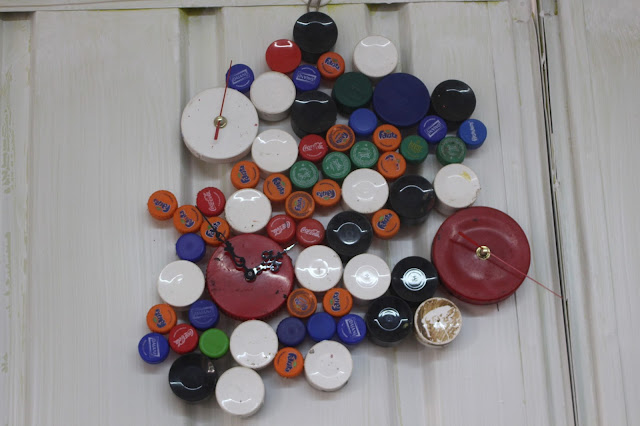 Above, Thom Ogongo was selling his woodblock prints during Kuona Reloaded while David Thuku's Bottle top Clock was not for sale in his studio


In the meantime, Kuona Reloaded runs through this weekend as the artists continue working in their studios.

Posted by Margaretta wa Gacheru at 06:50