NAOMI’S GLASS ART LIGHTS UP ONE OFF GALLERY 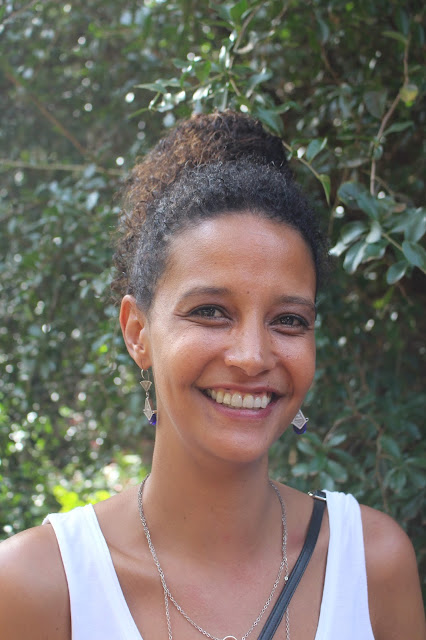 
Her mother, Chelenge is a wonderful Kenyan sculptor whose work is full of surrealistic surprises that never fail to amaze and arouse deep esteem. Her Belgian father, Marc is equally inspired although his focus has tended to be more on functional art that he beautifies. His home furnishings are smooth, sleek polished wooden works of art that have the added value of being items that have utility whether in the workplace or in the house.


Yet genetics ultimately can never explain the imaginative grace of this inspired Kenyan artist whose current glass art exhibition at One Off Gallery is fittingly entitled ‘Aglow’. It’s fitting because light plays such an important part in illuminating the delicate detail that Naomi has clearly put into her preparations for this exhibition, the second she has had at One Off in the last two and half years. 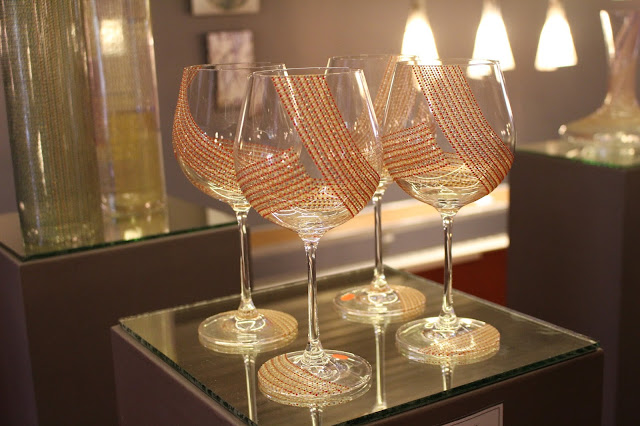 Her previous show also had glass art in it. But as it was called ‘Echoes’, so it had reverberated with artistic ideas reflected not only in glass but also in paper collage and exquisitely designed jewelry.


In ‘Aglow’, which closes later this week to make way for the opening of Anthony Okello’s latest works from this Saturday, Naomi concentrates on the one genre, glass art that’s so highly detailed and delicately hand painted that each piece is a precious work of art. 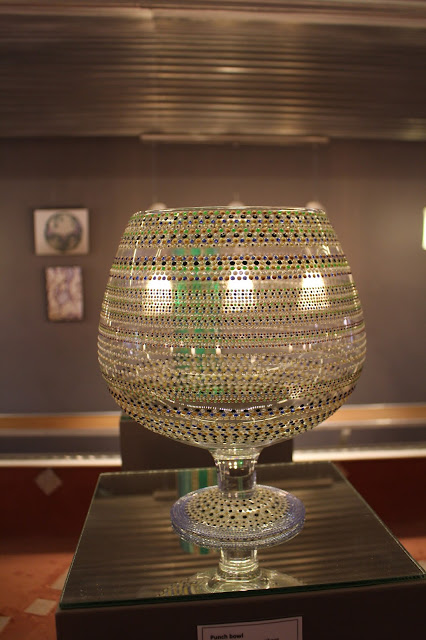 It doesn’t matter if she’s worked on a wine bottle, comely flower vase, glass decanter with matching wine glasses or even a pudgy punch bowl, what counts are the carefully placed and perfectly aligned glass painted dots on every piece. Each one has a magical effect, one that reminds one of the surprise her mother’s sculptures elicit and the impeccable perfection that her father’s smooth polished wooden surfaces showcase. 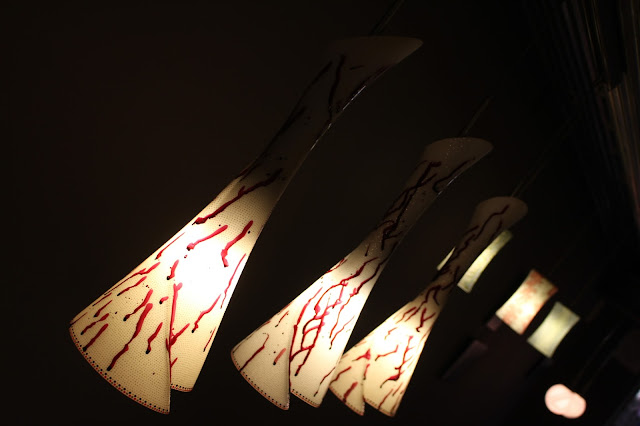 Nonetheless, it’s her exquisite encasements of light that arouse the most awe-inspiring emotions. To call them ‘lamp shades’ is an inaccurate term although they perform a similar service in that they rule out any direct glare from a humble light bulb. But the effect of her delicately aligned dabbles of color on glass fittings, be they spherical or half-curved, is to set the tone for a whole room to feel the effect of Naomi’s magic. 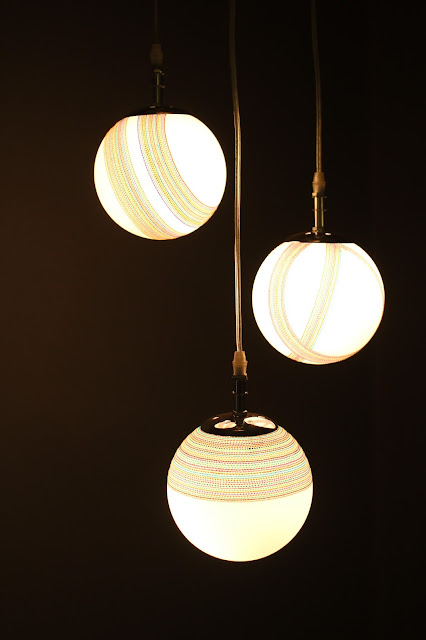 Her glass ‘fittings’ are one of the most marvelous features of her Aglow show, so one needs to make a dash to One Off this week before Naomi’s show shuts down and her lovely light goes off. 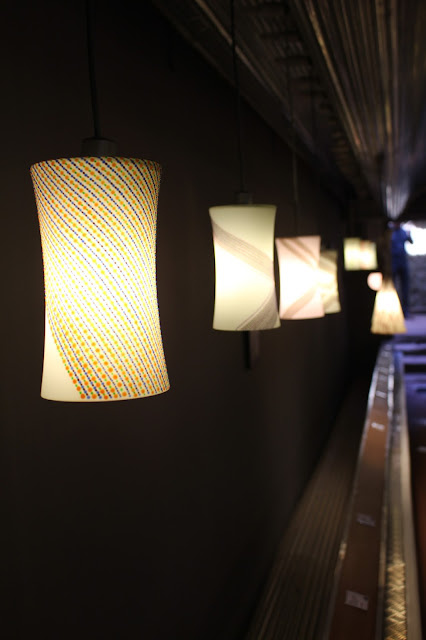 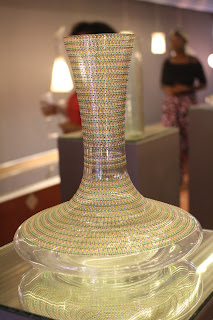 Posted by Margaretta wa Gacheru at 09:06