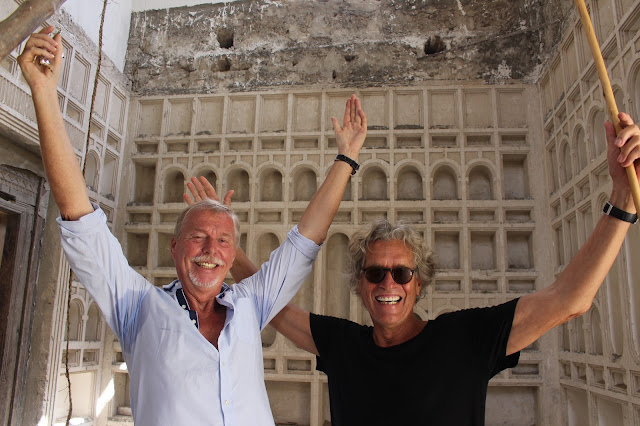 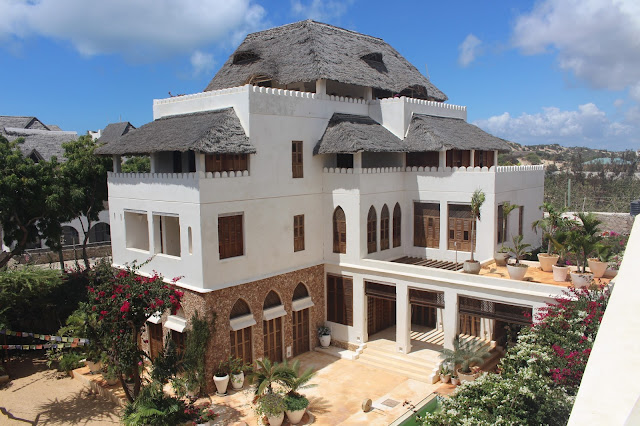 Retired German restauranteur Herbert Menzer landed on Lamu Island some ten years ago. It was apparently by chance. But today, it seems more like fate. For once he was there, it took him less than a week to buy 62 metres of supposedly useless land atop a sand dune in the fishing village of Shela.
It might have looked impulsive, but Herbert already had a plan. “I immediately called my [life-long] friend Uwe Rybin who’s an architect and asked him to come help me design a house on that land,” says Herbert whose been working closely with Uwe ever since.
Herbert knew Uwe had built gracious homes all over the world, but never before in sub-Saharan Africa. And never on a sand dune, and never with the stipulation that Herbert needed the design to have a distinctively Swahili architectural style.
“So I went to work, did my research, drafted my design and sent it to Herbert who brought in local artisans and masons to enhance the Swahili style,” says Uwe who commutes between Germany and Kenya whenever he can.
Both agree the construction was very much a joint effort although Herbert has always been the master mind and man on the ground more months of the year than Uwe. Otherwise, they both have their base in Hamburg. 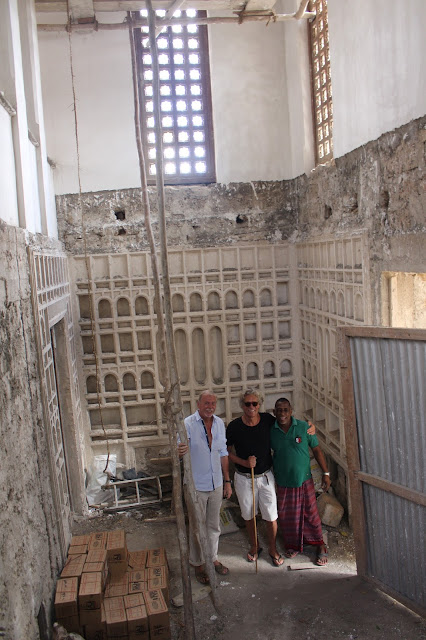 That first joint effort resulted in construction of Bembea House, a stunning four-story Swahili style home that became the first of six luxury town houses. The sixth, the Casbah, is still under construction. But it already stands out on the Shela shoreline as one of the most spectacular constructions, built like the rest with traditional coral stone, stucco and sand as well as with modern building materials of steel and nero cement.
But after Bembea came Fishbone, then Hibibti and Yaha Houses followed by Uwe’s twin designs of the Casbah and a private home built right next door.
“Herbert didn’t mind my completing the Martin’s house before we finished work on the Casbah since it allows people to see what ‘s coming once we complete our work on the Casbah,” says Uwe who can’t help admiring the garden terraces, pools and overall elegant Swahili style that he created for Casbah’s neighbors.
Herbert also hopes to create a new up-scale neighborhood with the Casbah and the Martin’s house being a central focus of that luxurious community. 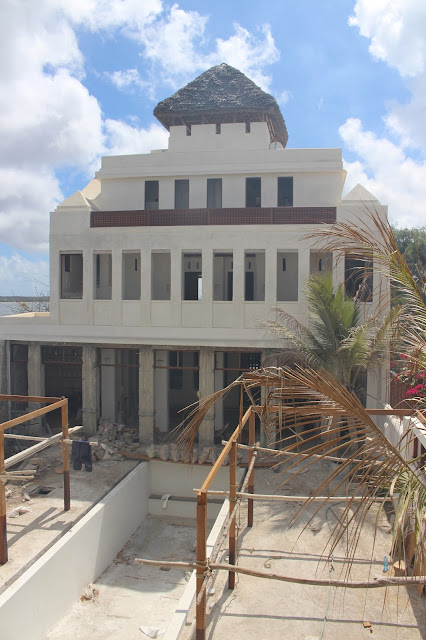 Shela is actually filled with remarkable homes owned by European aristocrats and corporate elites who come to spend their winter months in Lamu. The beauty of Herbert’s and Uwe’s designs is that they can be rented, suite by suite or house by house through Herbert’s company, Lamu Holiday.com. So someone need not be a prince, CEO or countess to experience the delight of luxuriating on the side of Lamu where life is leisurely, and the sun and sea breezes have a soothing influence on life generally.
Meanwhile, since Casbah isn’t quite complete, construction continues, and Herbert and Uwe agree to show me around. What becomes clear as we walk from one magnificent suite to another is that Herbert is a visionary who was able to envision mansions and mini-castles where others could only see sand. 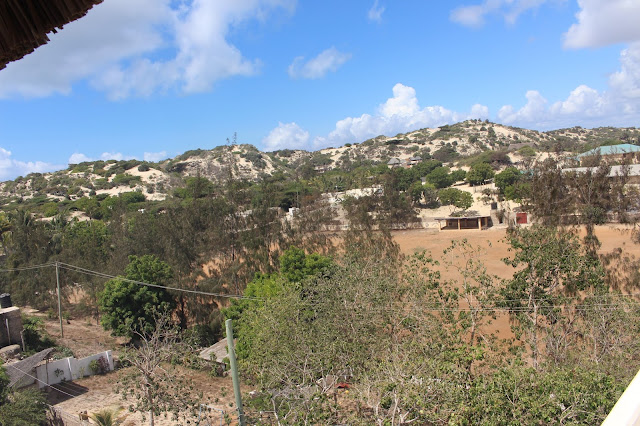 With five-metre high first floor ceilings covered with traditional mangrove poles and mangati wooden beams, reinforced with steel and concrete, the Casbah’s four stories make the twin-structured site (connected by the pool deck, baraza lounge, library and restaurant) one of the tallest in Shela.
All the spacious suites have glorious views looking out on the sea or the elegant green gardens and splendid snowy white Swahili homes. For instance, the Channel Suite looks out on the water separating Shela from Manda Island. The Dune Suite offers a glorious view of the sandy mounts that had once included the land on which the Casbah and Herbert’s five other ultra-modern Swahili houses now stand.
Herbert’s right-hand handyman, Mafreezer tells me a bit more about the Casbah’s construction. “What Herbert initially did was remove all the sand from the site and then build the basement out of cement and steel,” he says.
The basement extends the length of the two sites and will contain the elegant Baobab Suite which will look out on the garden and ancient Baobab tree that Herbert wisely refused to chop down. 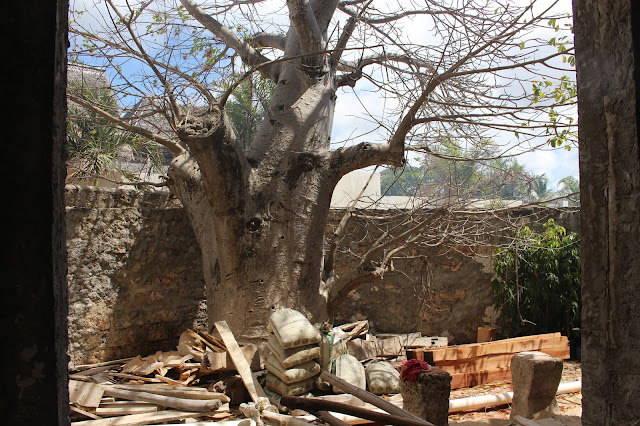 It will be separated from the laundry room and gallery that Uwe suggests should be filled with paintings created by the European and Kenyan artists who attend the biannual Painters Festival that Herbert also founded a decade ago. 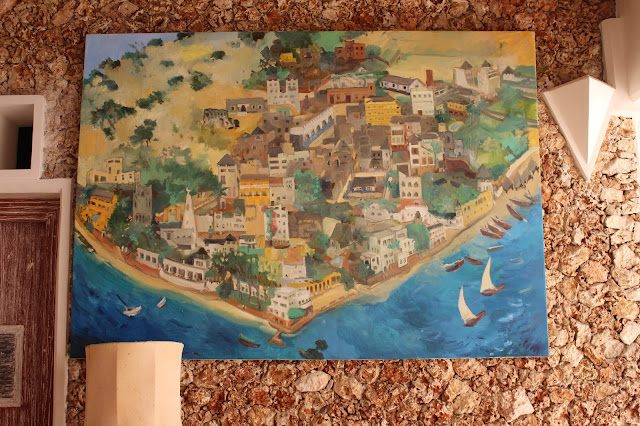 Posted by Margaretta wa Gacheru at 04:01