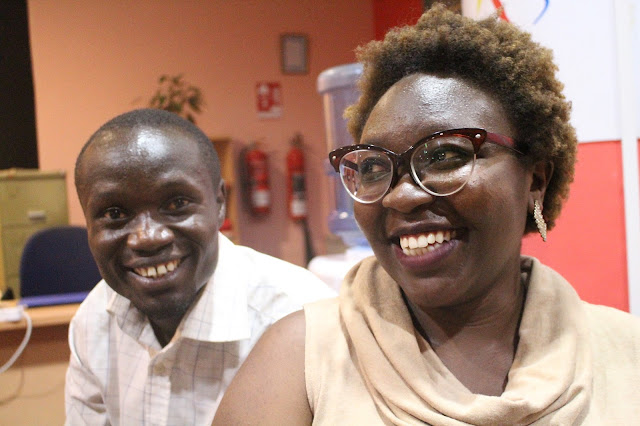 Peter Kawa is best known to me for his leading roles in plays like ‘Eduta’ where he starred in the title role, and most recently, in Hearts of Art’s ‘All I ever wanted’ where he was the Judge who had to make tough decisions affecting other people’s lives.
I hadn’t seen him co-starring as Yusuf in   Biko Nyongesa’s feature film ‘Get Some Money’ which premiered at the Garden City IMAX a year ago. Nor did I know how fully he’d shifted his focus, as have so many other Kenyan stage actors, from live theatre to film and TV. 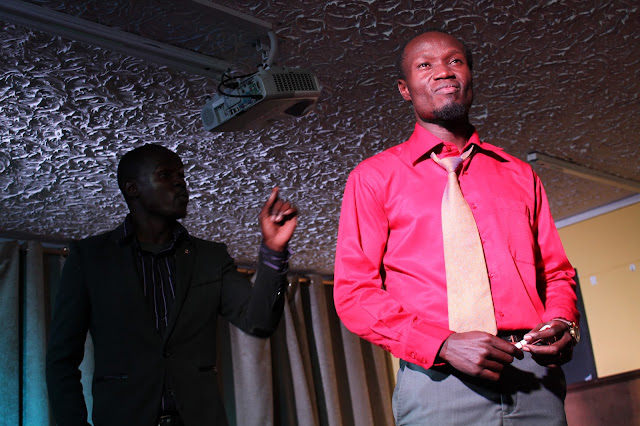 But it’s not just that he’s acting in other people’s film. Kawa is also making films of his own, both shorts (like ‘Nazif’ and ‘Witness’) and features (like ‘Njamba’ and ‘My First Story’). Ever since he started Spearhead Media Entertainment in 2016, he’s been producing and directing his own films, including ‘Torture’ which was nominated to win a Kalasha award for Best Local Language Film in 2017.
He’s also been showcasing the stories of other young ambitious Kenyan creatives on ‘Sanaa Talks’, the weekly KUTV talk show that he co-produces with Cecimercy Wanza who’s a KU graduate from the Film and Theatre Arts Department as well as a TV producer and director in her own right.
‘Sanaa Talks’ premiered 22 November 2017 and the half-hour (26 minutes) program has been on Facebook live every Wednesday night at 8:30pm ever since. Hosted in Kenyatta University’s television studio and anchored by Gilbert Lukalia (acclaimed film and stage star who also authored and directed ‘Edufa’ two years back), ‘Sanaa Talks’ was screening its tenth episode this past Wednesday night.
“We featured producers Martin Kigondu, of Prevail Arts Productions, and Lucy Mwangi who produces ‘Aunty Boss’ and its spin-off show, ‘Varshita’,” Peter told BD Weekender just hours before the program aired on Facebook on its Sanaa Talks web page.
“The following Wednesday will be the Finale episode of Sanaa Talks so we’ll be having music producers like Jackie B, who produces gospel hits and Brian Oluoch, who produced Sauti Sol’s ‘Live and Die in Africa’ album,” added Cecimercy who met Peter on the set of ‘Get some money’ where she was assistant director.
“I call Ceci my producer but actually we co-produce Sanaa Talks,” added Peter whose background in Information Management is a perfect fit for his media work at Spearhead.
“But I don’t just co-produce and direct Sanaa Talks. I also market the show through YouTube where every episode can be found, as well as on Instagram and of course, on Facebook,” he adds.
Ceci chimes in that there will be two more ‘mashup’ episodes after the finale which will feature the most memorable moments of Gilbert’s interviews with everyone from local filmmakers, screenwriters and spoken word poets to musicians, cinematographers and actors, including the current chairman of the Kenya Actors Guild, Chris Kamau.
“We want people to understand how difficult to be in the arts in Kenya today,” says Ceci who believes that if the public understood all the challenges and obstacles that creatives face, they’d be far more supportive of them.
“We plan to begin our second season in May. That’s when we hope to put the program on live,” adds Ceci who admits the programs are currently pre-recorded to air Wednesday nights. “But we get such great online feedback from our viewers that it would be great if those on camera could answer viewers in real time.”
That may not be possible from a logistical point of view. But both Kawa and Ceci would love to see conversations at Sanaa Talks not be only between those in the studio but also engage their viewers.
In the meantime, Kawa draws a multitude of local eyeballs to his Instagram page, Sanaa Post where he puts up slews of photos of what can easily be called Kenyan celebrities. The snaps are mainly taken at high styled media events, featuring the nouveau ‘who’s who’ of those who know where it’s ‘happening’.
Many of them have already been interviewed by Gilbert Lukalia. Many more will most likely be invited to chat during Sanaa Talks’ second season.
In the meantime, the movement of local media activism is currently taking social media channels by storm and the swell of activist artists is refreshing to watch.

Posted by Margaretta wa Gacheru at 02:59