AFRO-RENAISSANCE A CULTURAL MOVEMENT OR A SCI-FI 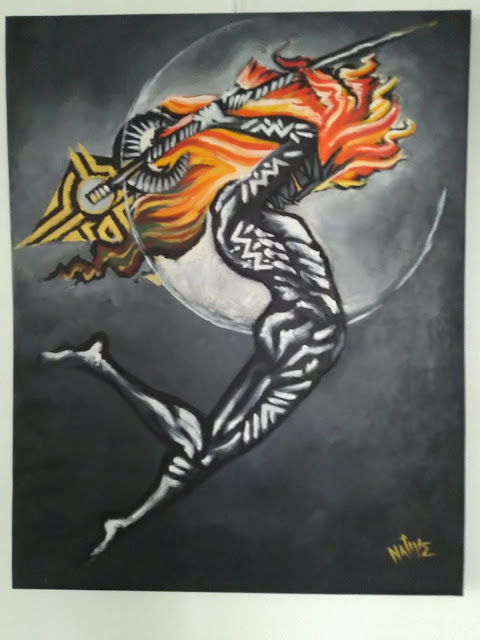 Light into Darkness by Native at Afro Renaissance, Alliance Francaise

Afro-Renaissance isn’t just a book or an artists’ catalogue of paintings, photography, poetry and prose. 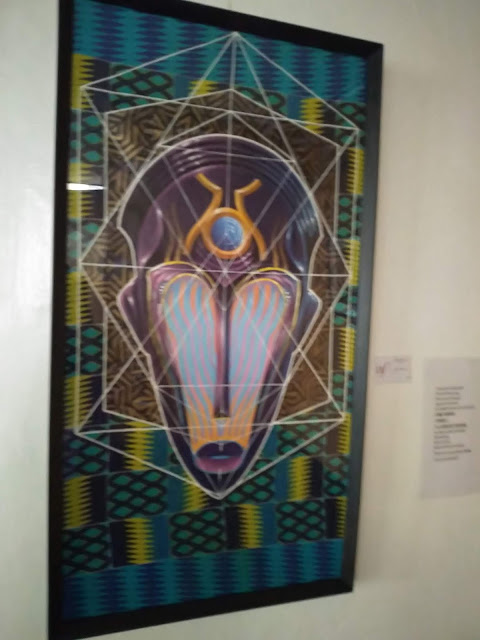 Nor is it simply the title of an art exhibition currently underway at Alliance Francaise that opened last Friday night with performances of poetry and graffiti artists covering the pillars in the ground floor exhibition hall with Kenyanised hieroglyphic-like graffiti art. 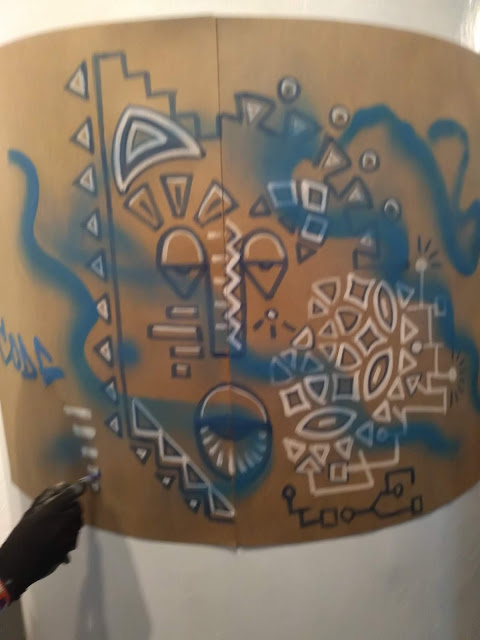 Afro-Renaissance is meant to be a cultural movement of young Kenyans who are committed to not just changing the stereotypic narrative of Africa as a land that had no history until the colonizer came. They are artists keen to reclaim their people’s history dating back to the times when Africans presided over their own destinies.
Spearheaded by two young artists known simply as Native and Sogallo, the two largely look to the stars to imagine the limitless possibilities that are open to creatives who, like themselves, are keen to take part in the cultural ‘re-birth’ that they see as already underway. 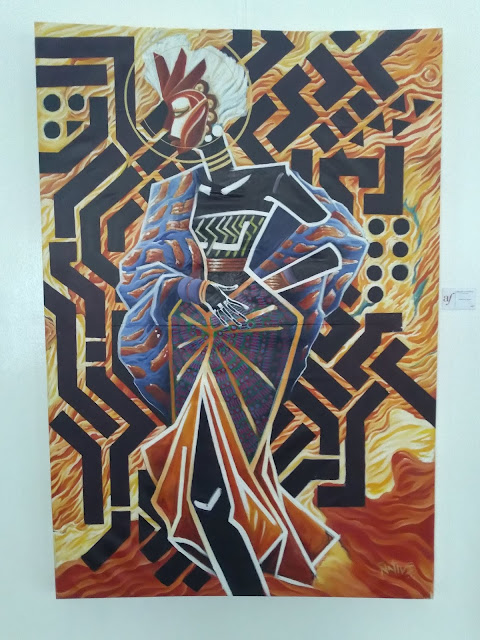 Two visionaries, Native is the painter with a background in architecture and fine art while Sogallo is the conceptual photographer and digital artist. Buddies since secondary school, the two have been planning to take this positive approach to their art for quite some time. In fact, less than a year ago, they put up their first edition of Afro-Renaissance at the British Institute of Eastern Africa.
But their vision and sense of purpose has grown over the past year. Their first volume of ‘Afro-Renaissance’ the book, is evidence of that progress. So is the poetry contained in the soft-cover catalogue of the art included in their AF show. 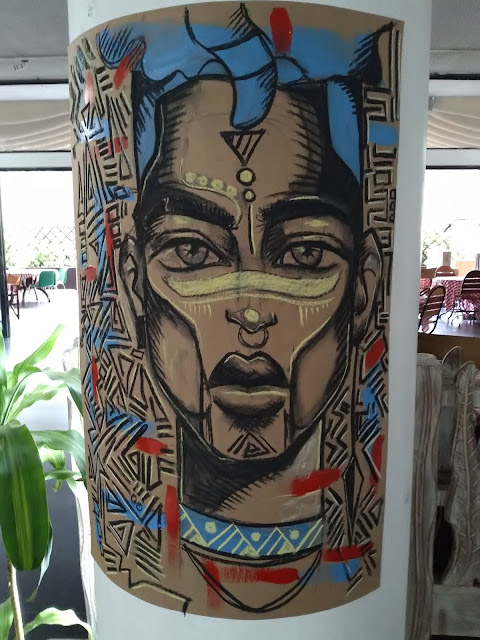 In a sense, one feels the two are on a mission to convince their fellow Kenyans that they deserve to reclaim a glorious past, particularly an ancient time when kingdoms and civilizations were guided and governed by celestial powers.
Those powers are manifest in Native’s paintings especially. Works like ‘Empress Moon’, ‘Queen’s Lady’, ‘High Priestess’ and even his ‘Sing to the Moon’ all reflect his fascination with otherworldly powers. He even raises the wild possibility of African civilizations having their origins in civilizations that arrived from realms beyond our planet earth. His ‘Ancient Astronaut’ (who looks like another elegant goddess or exotic deity) gives a tangible testimony to the uncanny speculations of the German author Erich von Daniken who wrote ‘Chariots of the Gods’ back in the late 1960s. 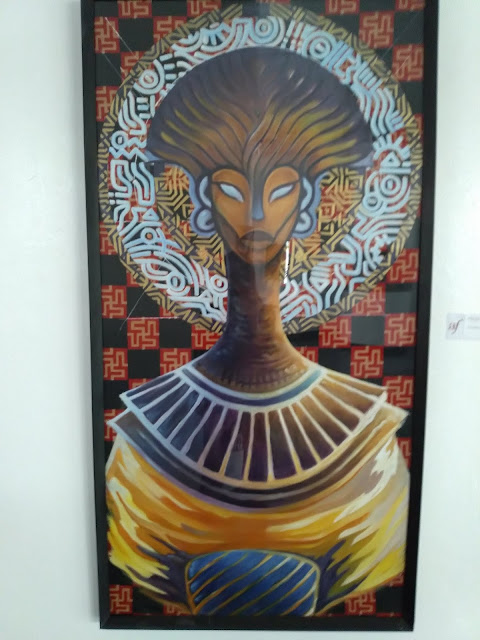 Von Daniken wondered about whether planet earth might have been populated by ‘astronauts’ from an advanced civilization from another planet altogether. His book created quite a stir at the time, and it clearly sparked the Native’s imagination as well.
What if Africa had at one time been populated by peoples who were way more advanced than any existing in the world today? Who can frankly refute that possibility? 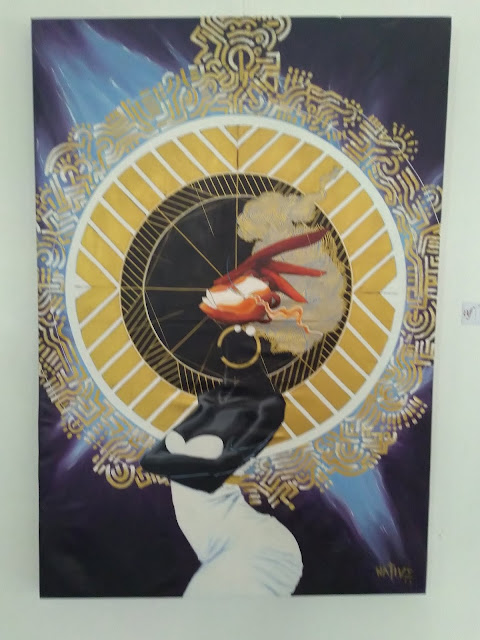 Sing to the moon by Native

Sogallo’s abstract imagery blends well with Native’s otherworldly themes. This is especially true when the painter takes a turn from the celestial and spiritual speculations to painting about ‘the dark side’. Works like ‘Light into Darkness’ and ‘War Child’ I and II reflect on the darker dimensions that seem to permeate much of Sogallo’s digital art and photography. 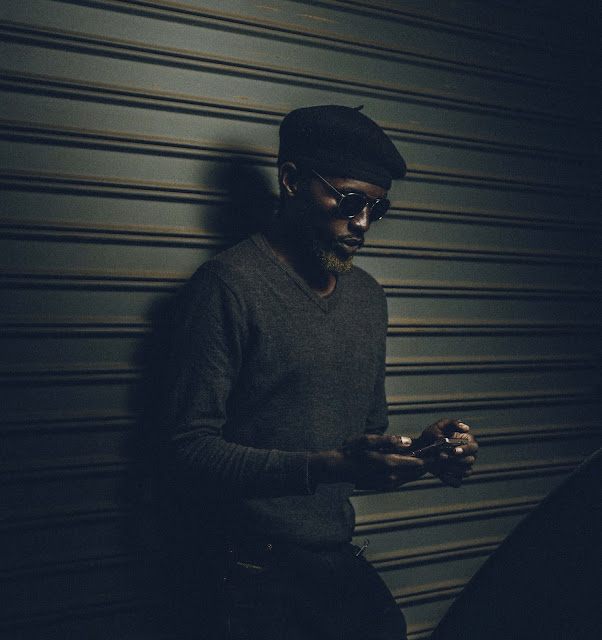 Starting with Sogallo’s ‘Gemini’ I and II, we can see that their Afro-Renaissance has its own version of what the Italians called chiaroscuro which relates to the combination of light and darkness. Sogallo’s ‘Ghosts’ has a haunting effect as does his ‘Peponi’ and ‘Zimwi’, both of which could also bear witness to those ‘ancient astronauts’ who might have arrived here in non-human forms, the stuff that science fiction is made of.
In the end, Native doesn’t ignore the dark side, as can be seen in his two ‘war children’, both of which are painted (like most of his works) not on canvas but on colorful kitenge cloth. The contrast between the paint and the geometric textile designs enhances the beauty of Native’s beings, all of whom seem transcendent in a way. 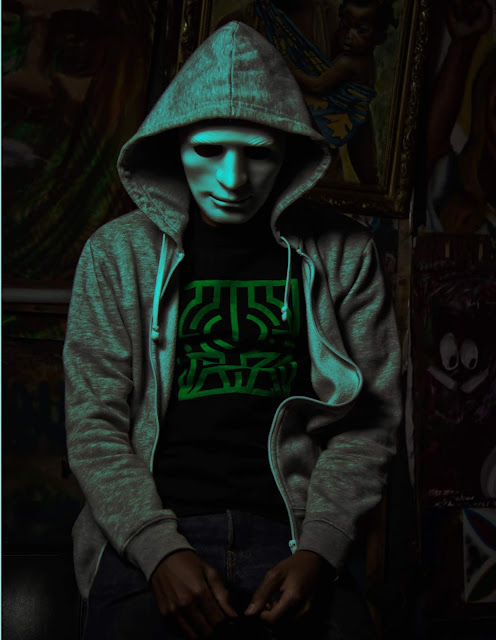 Native (in a Mask)

Then too the contrast between Native’s colorful works and Sogallo’s mainly black and white digital art also adds interest to this show. Equally the graffiti art drawn by Kerosh, Chela, Kaymist and Native on the exhibition’s opening night enhance the feeling that indeed this exhibition has a live element to it, even an element attuned either to the ancients or to the stars. 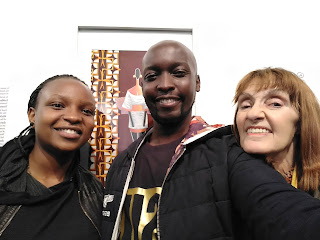 Guests at the opening of AfroRenaissance

Posted by Margaretta wa Gacheru at 04:35