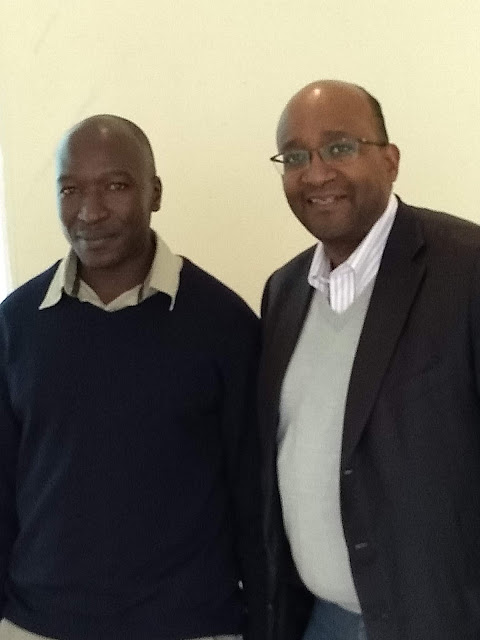 Pablo Picasso may be the one name best known to be associated with 20th century modern art. 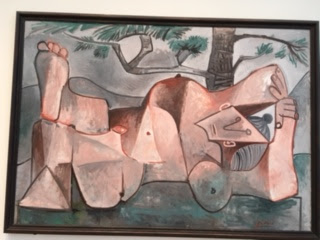 One of Picasso's Cubist paintings

Yet few people probably know how much inspiration Picasso drew as an artist from Africa, especially from the sculptures and masks of West Africa.
Picasso, Matisse and other painters of that time were all impressed with the artifacts extracted from indigenous African cultures and put on display in Parisian museums and private collections. So much so that they went on to create a major cultural movement which has its roots in the African aesthetic, called Cubism.
Yet up until quite recently, most Western art critics have tended to forget that Cubism was inspired by African art. At best, they admit Picasso went through a brief (1906-1909) ‘African period’. 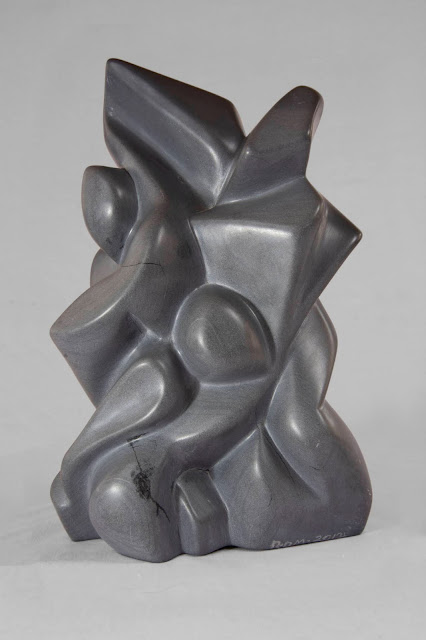 One Kenyan sculptor who hasn’t forgotten that Cubists owe Africa a debt of gratitude for the profound influence that sub-Saharan sculpture has had on their art, is Robin Okeyo Mbera.
At the opening of his ‘Afro-Cubism: Journey #1” exhibition this past weekend at Nairobi National Museum, Robin explained his reason for spending the last five years preparing for this exhibition.
It was to pick up from where the Cubist painters left off and reclaim the influence and the legacy that Africa has had on art and world culture. 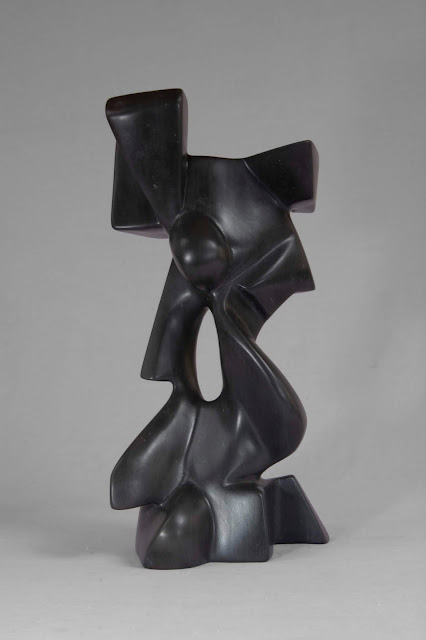 Five years ago, Robin’s dream wasn’t merely to emulate Western art or to pay homage to the Cubists. It was to retrieve the artistic incentive inspired by early sub-Saharan sculptors. And for him the best way to do that was as a sculptor himself, to work in stone indigenous to Kenya.
Afro-Cubism is a name Robin personally coined for the artworks that he hoped to create. It is also the title of the five-year plan he proposed to Kenya’s leading collector of Kisii stone art, Mutuma Marangu.
Fortunately, Mr Mutuma responded positively to Robin’s idea. And ever since then, the sculptor has been creating original works out of stones extracted from his homeland in Tabaka, Kisii County. 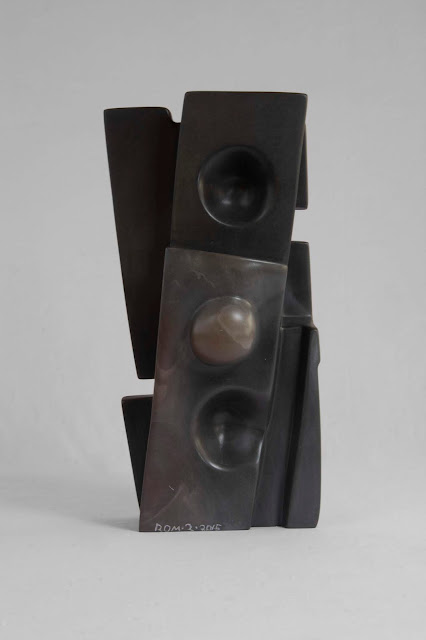 His prototype, the one originally shown to Mutuma with his proposal, was carved out of Kisii stone. But all the other 25 sculptures (which are tastefully displayed in chronological order in the Museum’s Creativity Gallery) have been carved out of Silicate, a hard grey stone that Robin says is much rarer in the region than the traditional Kisii soapstone.
All 26 sculptures in Robin’s ‘Journey #1’ have the good fortune of already being part of the larger Mutuma Marangu Sculpture Collection. That collection (not even a fraction of it) has never been put on public display before. So the Museum has the good fortune of showing off what is undeniably one of the most important art collections owned by any Kenyan. 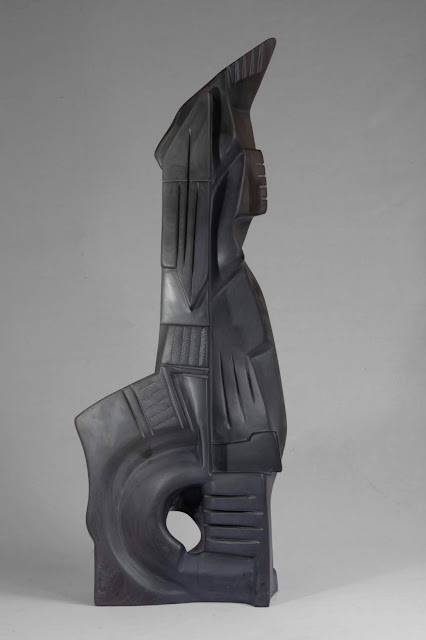 Other Kenyans may be collecting art and building up their collections. One hopes this is the case. But none other than Mutuma has focused exclusively on Kisii sculpture. This far-sighted Kenyan businessman owns countless masterpieces by such major Kisii sculptors as Elkana Ong’esa, Gerald Motondi, Duke Kombo, Peter Kenyanya and Robin Mbera. 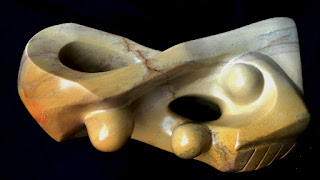 By Gerald Motondi, another Kisii artist

And because ‘Afro-Cubism’ is the first exposure of his collection to the world, Mutuma told Business Daily that he’s worked with a team to display Robin’s sculptures in a systematic, professional style. With his team, he says he has produced a documentary on the collection, filmed by Morris Keyonzo and narrated by his daughter, Kinya Mutuma. He’s also created informative panels describing Robin’s art, including the ten-step process he has gone through to create every single one of his sculptures.
What’s more, every sculpture is thoughtfully captioned, photographed from various angles, and included in a 64-page catalogue that lays out all that has gone into curating and mounting this outstanding show. The content of the book is also now online at www.afro-cubism.ke. Both the book and website were designed by Armstrong Mutuma.
The one sculpture that is not in the booklet (but is on display) is Robin’s 27th sculpture, which effectively launches hi and Mutuma’s ‘Journey #2’ of Afro-Cubism. Conceived and crafted out of green basalt, this 27th work embodies the faith that Mr Mutuma has in Robin’s artistic capacity to continue creating works like his ‘Black Kingdom’, ‘Nairopean’, ‘Brother’, ‘Breadwinner’ and ‘Territory Defender.’
One might also see it as a sign that Mutuma knows Kenyan art, especially Kisii sculpture, is bound to one day be recognized as world-class art as well as a wise financial investment.


Posted by Margaretta wa Gacheru at 01:46