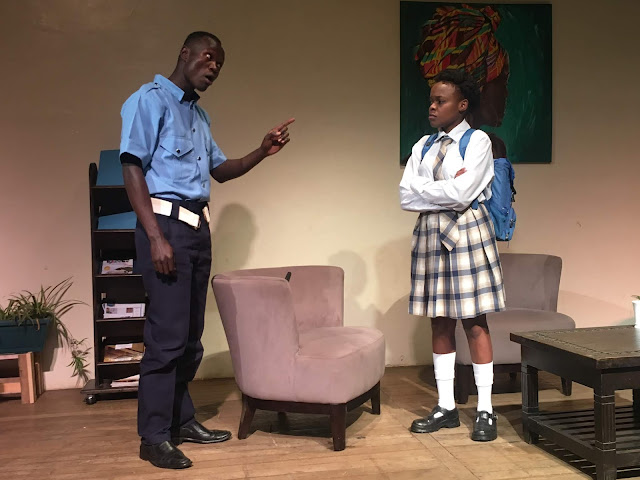 If there is one play you go and watch this year, let it be ‘Necessary Madness’ by Hearts of Art theatre troupe. We say it last weekend at Braeburn Theatre. 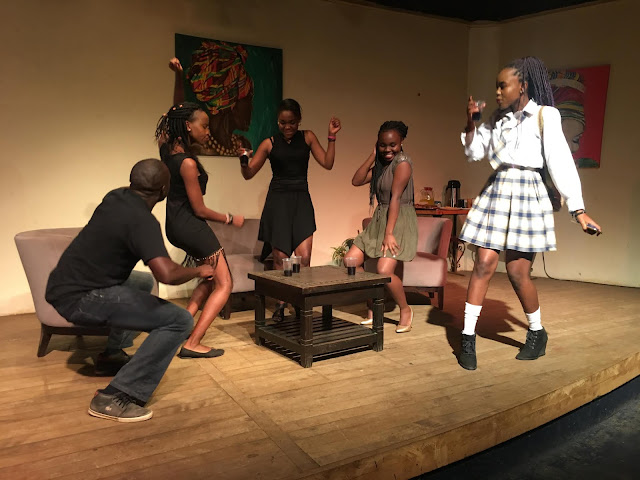 The script, by Walter Sitati and Eva Warui, is hilarious. However, it’s a painful social satire that reveals the way the cancer called Corruption has seeped into practically every layer of Kenyan society and caused monstrous and even murderous circumstances.
What makes the story so funny is first of all, the acting is brilliant. Caroline Odongo has directed the outstanding cast. But the reason it truly tickles the funny bone is just how closely all the characters sadly resemble characters we know only too well. 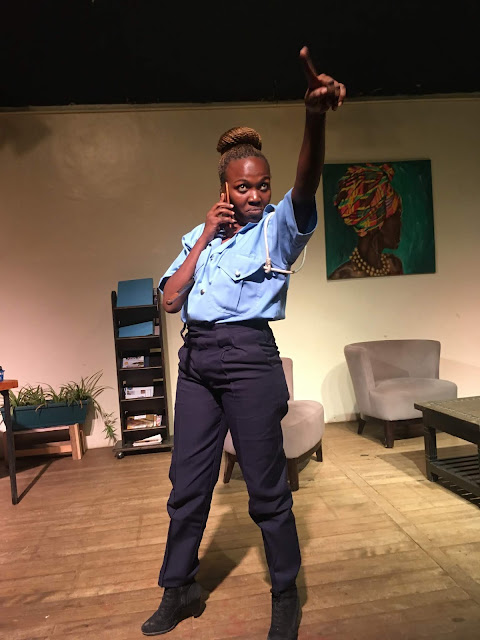 To start with, there are the traffic cops (played with aplomb by Peter Kawa and Pauline Kyalo), particularly the ones who stand at our roundabouts and ignore the red and green lights. They keep cars lingering way beyond what patience will bear. What’s more, they seem to relish their power, especially when they can grab anyone they decide can give them a substantial bribe.
They may pick on the (relatively) innocent, like Nosizwe (Patience Akinyi) who had a good reason for speeding: her sister was about the give birth and needed an urgent lift to hospital. 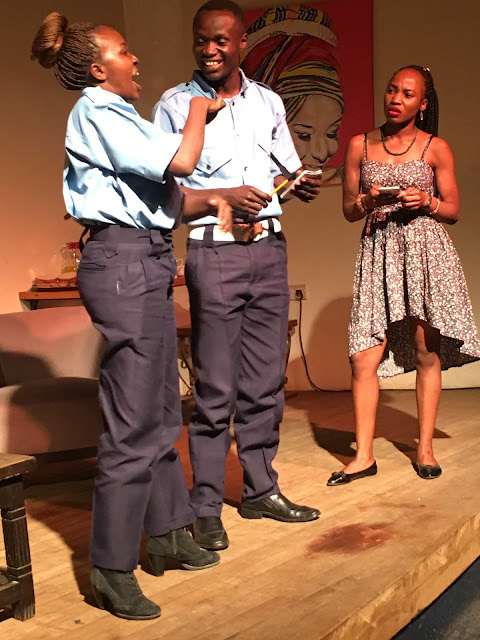 But then, when there’s a real crisis, like the multiple car crash that injured many and resulted in multiple deaths, they relax apparently because there’s no quick cash coming from such a calamitous event.
Then there’s Governor Zuri (Ben Ojuwa) who’s the spokesman for all corrupt Kenyan politicians. He speaks the cynical truth about how it’s his ‘turn to eat’. His aid Amare (Allan Wasike) is the articulate one who writes all of Zuri’s inspiring speeches and even his people-centric manifesto. But clearly Amare doesn’t want to lose his job so he’s sold his soul as a consequence. 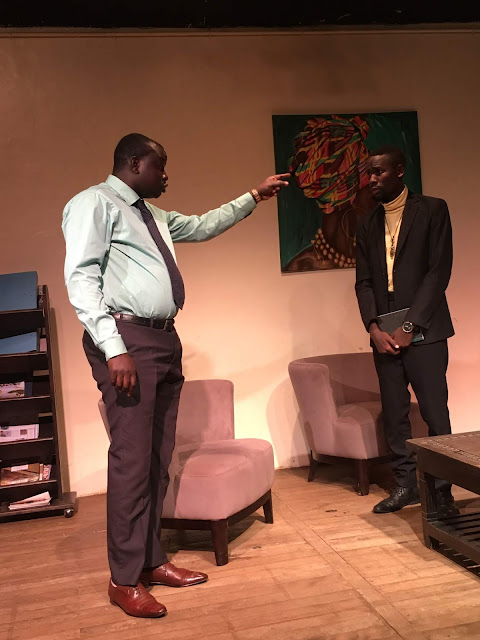 Yet neither Amare nor the Governor is a match for Lesedi (Lucy Oruta), the former lawyer and community organizer who, with her daughter Nessa (Frazier Chilande), are the only two principled persons in the play. Lesedi believed Zuri’s campaign promises and thus, presents him with a Sh20 million proposal for assisting slum youth to get valuable IT training. But Zuri laughs in her face and gives her a lecture on cheating the people as a matter of course.
Lesedi’s furious and plans to fight back. She’s taught her daughter to be just as ethical and tough. But Nessa has a soft spot for Zuri’s party-girl daughter Ziki (Azziad Nasenya). Ziki, like her dad, is a loafer who believes only fools work hard and money’s the answer to every problem. But Ziki is not a total lost-cause. Her conscience is touched by Nessa and her mom. 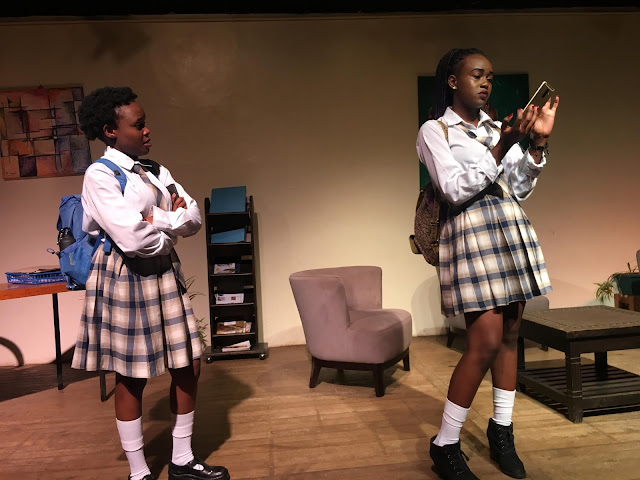 What’s so ingenious about Sitati’s and Warui’s story is the way so many institutions are exposed for being infected by the big C. The whole health care system is dysfunctional due to it; so’s the security system. And especially the political system is polluted by the miasma of fast money. 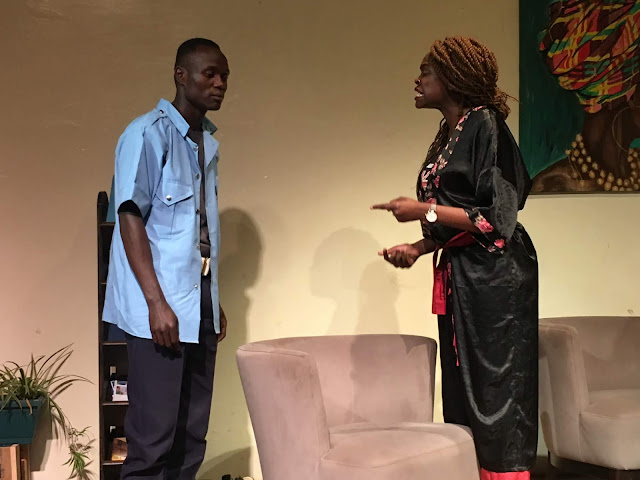 But the most troubled and complex character in ‘Necessary Madness’ is Dakarai (Kawa), the traffic cop who was once upstanding but has fallen down due to the hardships he’s allowed to overwhelm him.  Through him we can see how challenging it is to serve within the system and not go mad. The show returns to Kenya National Theatre 8th and 9th October. See it. 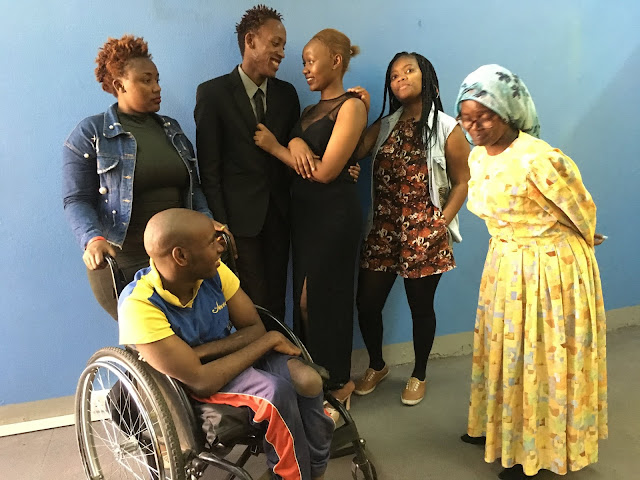 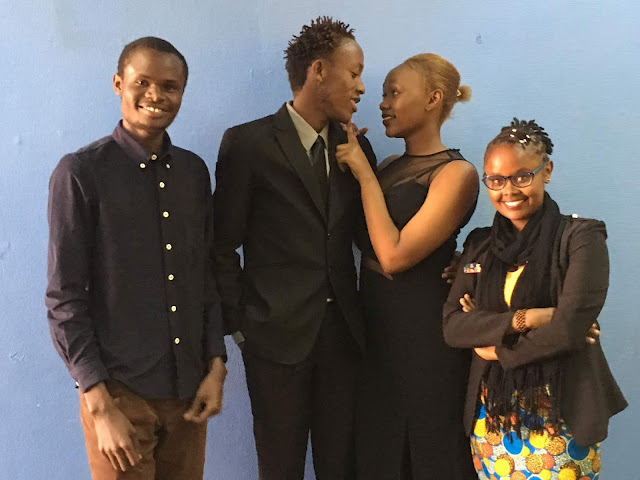 Yet Melissa is no ordinary love story. On the contrary, Mercy’s play tackles the issues of domestic violence and single motherhood. It has a powerful message that the playwright hopes will resonate with many young women as well as men.
“I have many friends who are single mothers and I felt I had a few ideas to share with them,” says Mercy, who like Joseph graduated from Kenyatta University Drama Department in 2017. “I want them to understand they don’t need to put up with abuse just so they can have a man.” 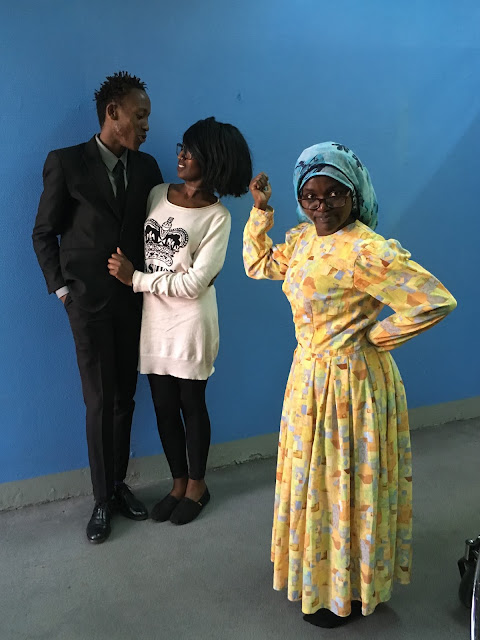 Ochieng, who lectures in performing arts at the Talanta Institute (as does Murithi), drew his entire ‘Melissa’ cast from the Institute. He also choreographed the show while Mercy’s in charge of music.

Posted by Margaretta wa Gacheru at 04:06