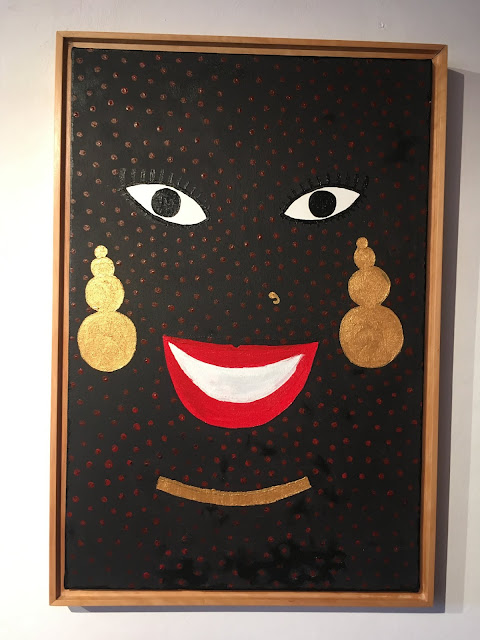 The Nairobi art world is normally dominated by male artists. But this past weekend we saw a major turn of events.
Not only was there the opening on Sunday of the exhibition of nine so-called ‘Pioneer Women in the Arts’ in East Africa at the Nairobi Gallery. 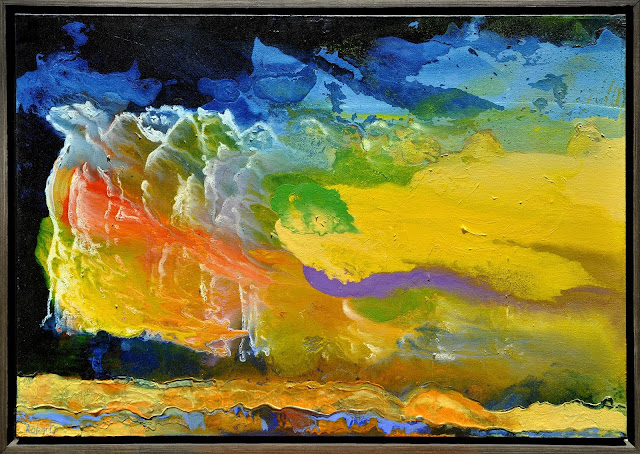 On Saturday there was another opening of artworks by two more Kenyan women. And in contrast to the ‘pioneers’ (a euphemism for ‘antique’), these two, Janice Iche and Moira Bushkimani are blossoming new-comers to the local art world. They both bring fresh new perspectives on creativity to their show, which they share with Peteros Ndunde, at the Attic Art Space in Nyari. 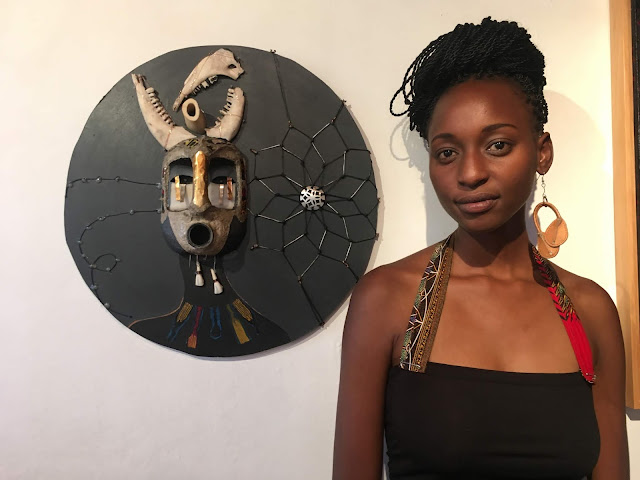 Then too, the previous Thursday, at Alliance Francaise, Joy Mboya of The GoDown Art Centre was guest of honor at the opening of another female newcomer’s art show. ‘Hadithi Hadithi? Hadithi Njoo!’ is the name Gloria Muthoka gave to her first solo exhibition ever. Her link with Joy is that she is based at the GoDown and all the 47 works on display were conceived at that Industrial Area art space. 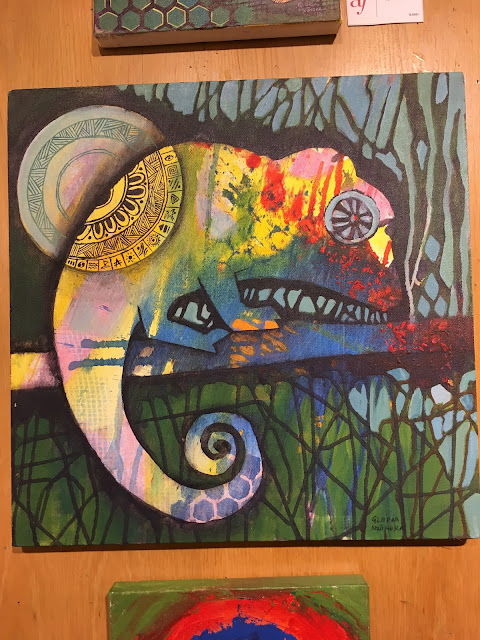 The month of March, when March 8th brings International Women’s Day, is usually when one sees a number of women artists come out and expose what they’ve been up to quietly over the previous year. But it’s apparently by coincidence that all twelve of these women’s works are on display concurrently.
Ironically, we have men to thank in two out of three cases for exposing the women’s work in exhibitions. At Nairobi Gallery it was Alan Donovan, of the African Heritage House, who pulled together the works of these nine important pioneer women artists and curated their show. Sadly only one of the nine was present at the opening. But Geraldine Robarts did a stellar job speaking about her career and artistic practice as both a professional painter and university art lecturer at Makerere and Kenyatta Universities. However, we missed Professor Magdalene Odundo, Nani Croze of Kitengela Glass, Yony Waite of Gallery Watatu and Wildebeest Workshop, Rosemary Karuga, Theresa Musoke and the deceased Margaret Trowell, Joy Adamson and Robin Anderson. But the beauty of the exhibition made up for their absence.
And at the Attic Art Space, it was the Dutch consultant, Willem Kevenaar who invited Moira and Janice to bring their art along with Peteros’s to put on display in his gallery.
The contrast between these two shows couldn’t be more striking in that the pioneers are by definition women who are already well established artists. All nine are names well known within the regional art world and beyond. In contrast, Moira only began experimenting artistically in 2013 and has been mentored by Kibera-based artists like Kota Otieno and members of Maasai Mbili. Janice has been practicing art an even shorter time; but both women are bold, experimental and daring in their style of expressing themselves artistically.
In this regard, they both have something in common with another female artist, Joan Otieno, who currently works with young women in Kariobangi, mentoring them in means of expressing themselves using found objects, especially plastics.
Meanwhile, Gloria Muthoka is much more of a visual storyteller. In fact, she carefully researched African folktales and selected ones that she felt had the most graphic appeal. Again, it seems coincidental that her show of colorful folktales would coincide with the  depiction of some of the same stories in the musical production of ‘Tinga Tinga Tales’ currently on at Kenya National Theatre.
For example, Gloria paints her interpretation of ‘How Ostrich got a long neck’ which at Tinga Tinga, the story’s about how the giraffe (played by Nyokabi Macharia) got a long neck. And like the musical, Gloria fills her show with a cast of animal characters whose stories teach us lessons and fuel our imaginations.
And as if these aren’t enough women working in the visual arts to convince us that we’re seeing the strengthening of women’s role in the field, there’s more. Women are behind two upcoming Silent Art Auctions, both of which have already opened the bidding.
Carol Lees of One Off Gallery is working with the animal welfare group, the TNR Trust, to organize an art auction filled with mostly new works by Kenyan artists in aid of the Trust. The auction’s final day is this Sunday, 16th September.
Phillda Njau of Paa ya Paa Gallery is also hosting a Silent Auction of East African artists’ works which will be on 7th October.


Posted by Margaretta wa Gacheru at 12:25