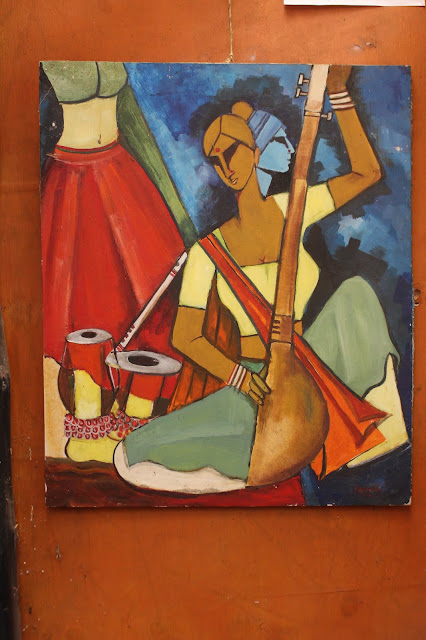 Paa ya Paa Gallery will host a Silent Art Auction this coming Sunday, October 7th from 2pm. It’s the second Silent Auction witnessed in Nairobi over the past fortnight, the first being the TNR one curated by Carol Lees of One Off Gallery


But the PYP auction, entitled ‘The Last Bid’ is quite different from the previous one. Both aim to raise funds for worthy causes. The TNR one was in the service of public health and the vaccinating and neutering of stray dogs and cats. 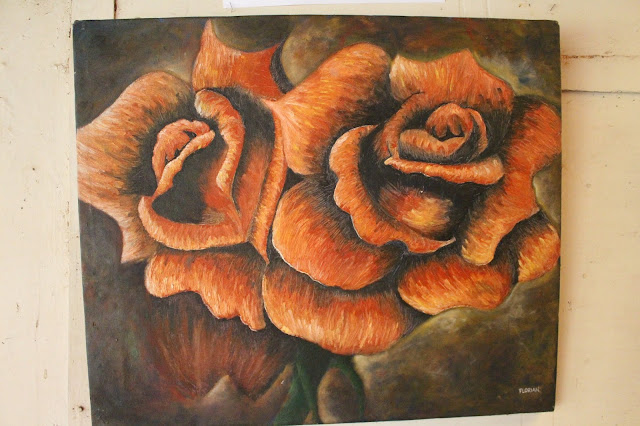 The Paa ya Paa auction is aimed at raising funds for the renovation and restoration of the Gallery. The original PYP art centre was established on the ground floor of what was then called Sadler House, on the corner of Koinange and Mokhtar Dadah Streets.
It was a thriving cultural venue that featured poetry readings and performances as well as art exhibitions. It was a place where many East African intellectuals hung out from its inception in 1965. They including poets like Okot p’Bitek and Taban lo Liong as well as journalists and novelists like Hilary Ng’weno, Philip Ochieng, Ngugi wa Thiong’o and Jonathan Kariara. But when CBD rents shot sky high in the early 1970s, the gallery had to move out to its current Ridgeways location. 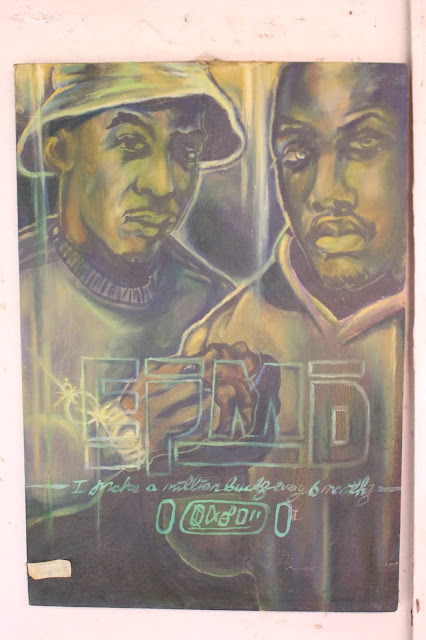 But then, after the fire of 1998 which veritably gutted the gallery, destroyed the library (with all those first edition books) and nearly all the exquisite wooden statues that had been scattered all around the grounds, Paa ya Paa has never fully recovered from that harrowing moment.


Fortunately, friends of PYP helped to reconstruct the gallery sufficiently so it has a spacious indoor-outdoor area where all the art to be auctioned on Sunday has been hanging since late June. 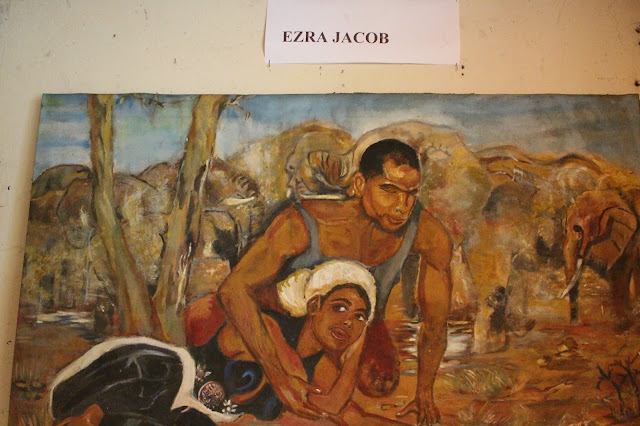 Over 50 artworks by mainly Kenyan artists are on display there. But they have also been up on PYP’s Facebook page with opportunities for the public to place their bids in advance of this Sunday.


“That’s why we call October 7th ‘the final bid’,” says Phillda Njau, who has curated this show and who hopes many local (and global) art lovers will come, see and ‘silently’ bid on artworks of their choice. 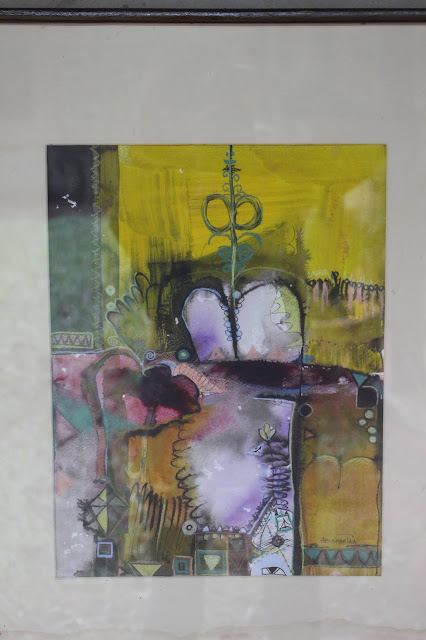 What makes the selection of Paa ya Paa’s painting so very different from those featured at the TNR auction is that all of the art has a history.


“Most of the works are by artists who’d exhibited at Paa ya Paa in years past and who never collected the (unsold) pieces after their exhibitions were done,” Phillda adds. 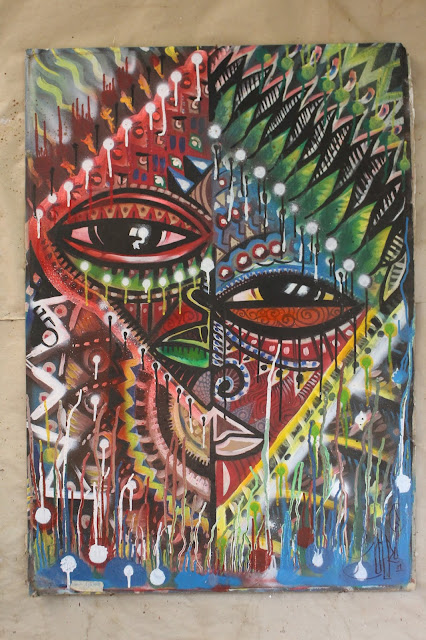 The gallery made several attempts to contact those artists to encourage them to come collect their work. Otherwise, they were all placed in storage at the art centre.
What’s made this auction possible is the gallery’s now having student interns from both Kenyatta University and USIU who have helped Phillda to not only bring all the artworks out of storage but also to clean and catalogue them. After that, they helped her hang and label them on the gallery walls in preparation for the upcoming auction. 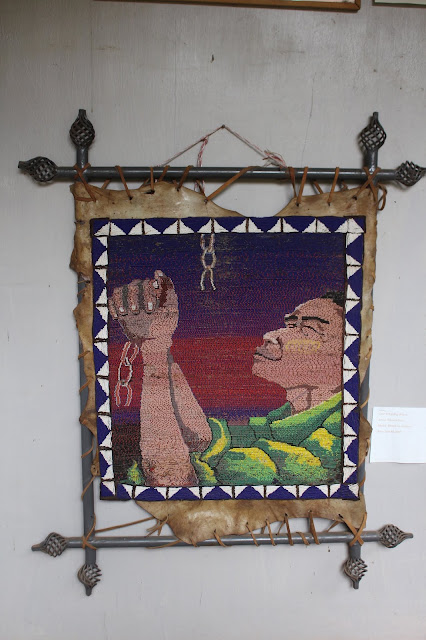 The silent auction is actually part of a larger ‘Project Facelift’ that Phillda initiated together with graffiti artist Swift Elegwa and his team. Swift had already created beautiful graffiti art at the gallery some time back, but it needs a touch up. That graffiti stretched across the main Paa ya Paa Lane entrance of the Gallery as well as at the entrance to the original (pre-fire) edifice which had once been owned by Oxford University Press. 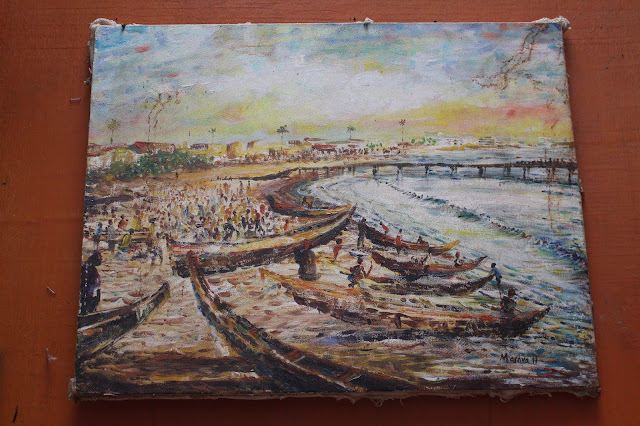 But then, it was sold to an American academic named Maurice Wolfe, the former instructor of Elimo Njau (one of the six co-founders of PYP), who bought it as well as the land surrounding it with the understanding that Elimo would serve as a sort of caretaker of the property which would specifically serve the needs of the artists, especially those affiliated with Paa ya Paa. 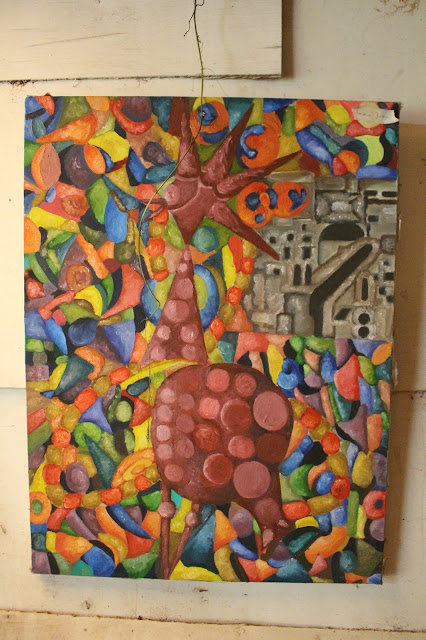 So the silent auction is meant to kick off the new Project Facelift campaign. Among the artists whose works will be available for bidding are several Sudanese artists, including Abusharia, Ammar Salah and Yassir Ali, who came to Paa ya Paa from the early 1990s. 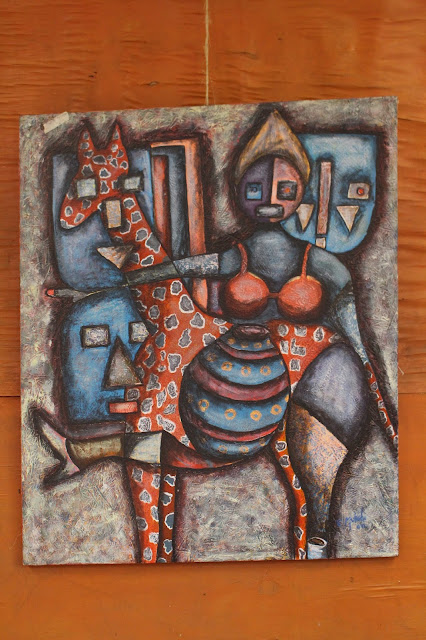