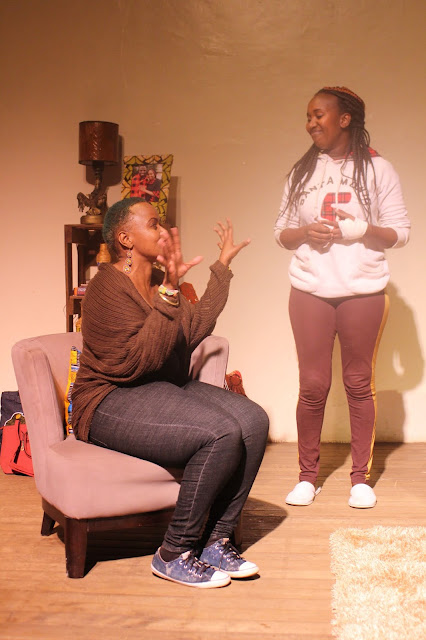 Martin Kigondu just scripted and directed his most successful ‘whodunit’ since he began seeing himself more as a playwright than an actor, which is how we first met him on stage with Phoenix Players.
It helped that he had two outstanding women actors, Valentine Zikki and Veronica Wacuke, acting in his two-hander, called ‘Cords and Discords’ which he staged just once last Sunday at Braeburn Theatre.
They play two complicated characters who are half-sisters. Joan’s the older one and a twin who’s lost her brother long ago while Jane’s adopted, brought home as a sort of replacement after Joan’s twin brother died. 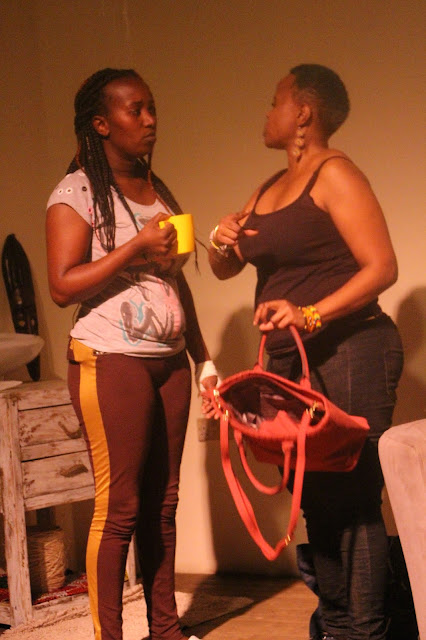 They were never close growing up, and their lives have gone in very different ways. Joan’s married to Ken who’s a popular musician and together they’re considered ‘celebs’ in the social media. Jane’s also married, but unlike Joan who’s childless, she’s a housewife with two kids.
But now it would seem Joan’s in pain and called her sister to come urgently to help. Ken has apparently left her. But the moment Jane arrives, there’s tension between them and the suspense quickly becomes palpable.
Why did Joan really call Jane? Was it simply for solace and moral support? Quickly we find out that it’s not. But Cords & Discords is like that proverbial onion, having layers to peel away before we can get to the heart of the matter.
Unfortunately, before one can reach that heart, there are so many issues raised that don’t quite get resolved. We can only be sure that someone in the house was seriously hurt, maybe even murdered. But by whom? Clearly, Joan is bitter about her husband’s infidelity, but did that lead her to do something rash? Did she plan on hurting her sister who she suspects was one of Ken’s women?
Wacuke plays the angry wife who, like taraja Henson in Acrimony, is out for blood. But ultimately we really don’t know ‘whodunit’, who apparently murdered the body buried under bedsheets that Jane discovers? By the time we find out the body isn’t Ken’s, the body comes to life and so does the banging at the front door? Is it Ken? Or the cops?
Wacuke and Zikki both keep us guessing since we will never know if both sisters are guilty or innocent. At the show’s close, fans were already demanding Kigondu write a sequel, which we hope he does.


Posted by Margaretta wa Gacheru at 10:19