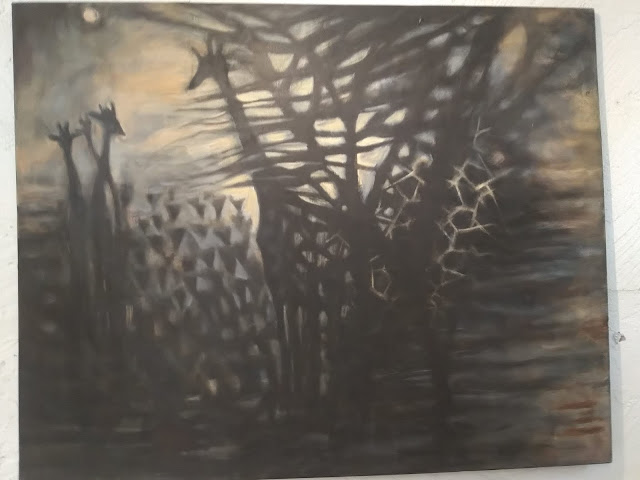 Yony Wa-ite never fails to amaze. The octogenarian who cofounded Gallery Watatu in the 1960s is still the mistress of savannah wildlife art. She’s also the painter whose mastery of the monochromatic defies the stereotypical view of Africa as a land of flame trees and sun-drenched floral gardens. Instead, she prefers to paint the bush and tangled branches behind which hide giraffes and water buffalo, hedge hogs and hyenas in dramatic shades of black and white. 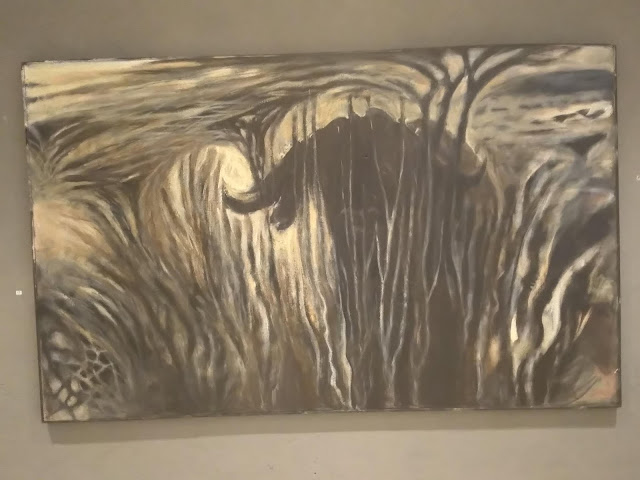 Her specialty has always been wildebeests, which may be one reason why she named her old Swahili house in Lamu the Wildebeeste Workshop. It’s literally where she occasionally runs art workshops, especially as artists care to come from Nairobi and overseas just to develop their printmaking technique using her precious printing press and guided by this printmaking master.
Yony came to Kenya when wildlife, especially wildebeests, were so plentiful she could paint them, not from photographs, but from real life. And even now, despite the numbers of wildlife having diminished significantly since the 1960s, she still has a place looking out on the Kapita Plains where she can practically reach out and touch them, as if they were good friends. Her paintings illustrate the affinity and affection that she feels for all of them. 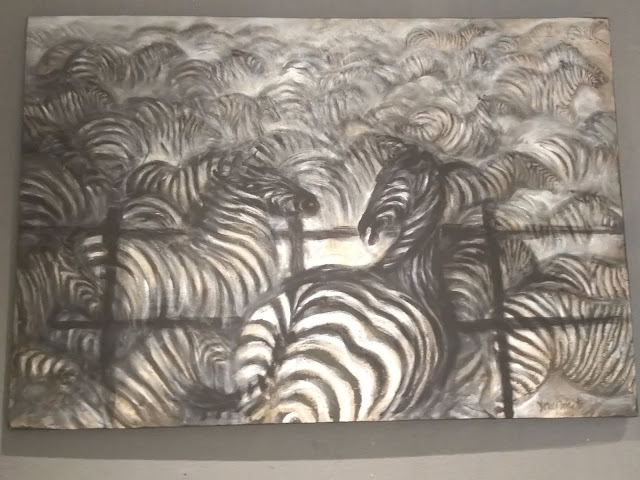 Today, Yony still paints in part from memory but also from real life since the animals are still her neighbors.
In her current exhibition at Polka Dot Gallery entitled ‘Game’s Up’, Yony has several exquisite paintings of wildlife migrations. But she’s indicated many times that she sees migration not simply as something to be taken literally, as merely a phenomenal and physical annual event. To her, all living creatures, including humans, are migrants in transit from one place to another. 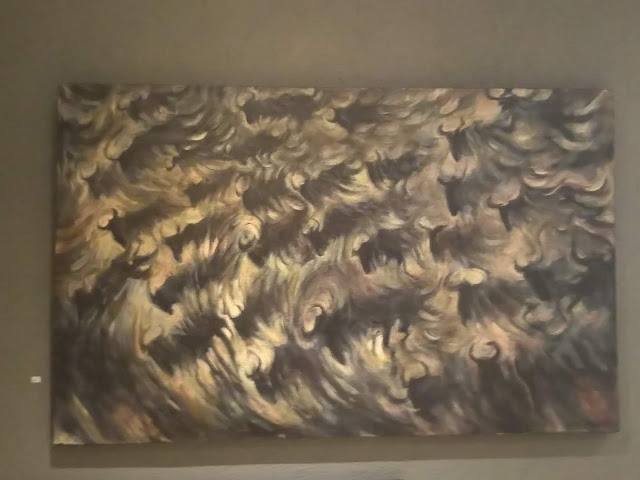 For Yony, migration is a metaphor she wishes politicians would understand applies not just to wildebeests, but even to Anglo-Saxons, Mexicans and Swedes as well as to Libyans, Syrians and Hondurans.
In her Polka Dot show, Yony doesn’t stick to the bush although her bigger canvases highlight her love for her savannah neighborhood and its occupants. She also paints miniature portraits of virtually every creature that frequents the Kapita Plains and what remains of Nairobi National Park. 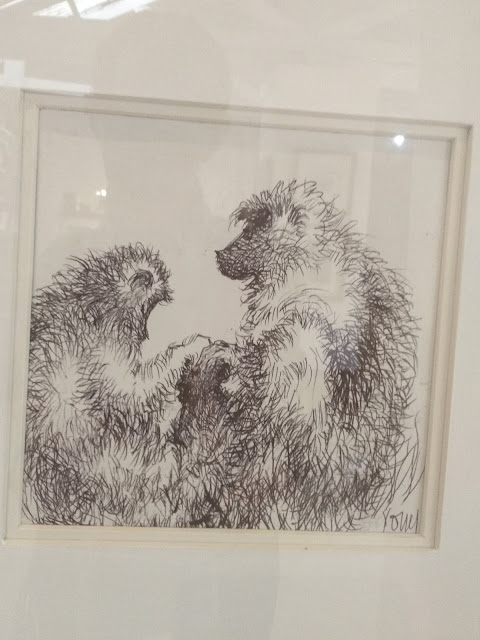 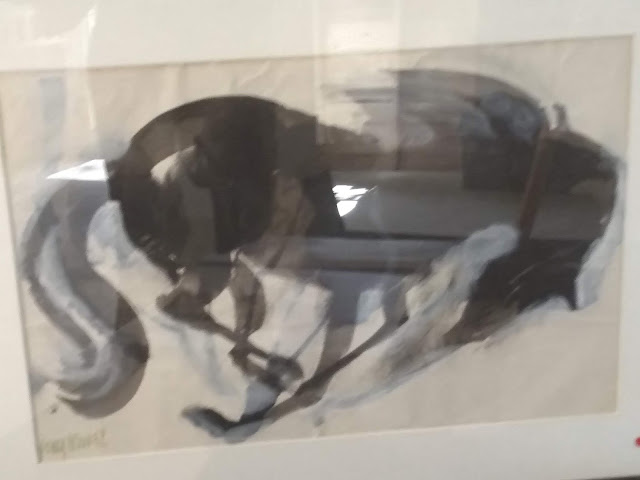 It’s rare to see Yony painting miniature pieces as she has in this show. More often her exhibitions feature expansive canvas works like the few she has here.
But her miniatures are not only of wildlife. She also includes a number of wonderful caricature-like drawings that almost look like doodles she’s effortlessly sketched, as if drawing came to her as second nature. Which, of course, it did, given she’s been an artist virtually all her life.
Long before she came to Kenya from Somalia where her scientist father worked for the US government, Yony had studied fine art at the University of California at Berkeley as well as in Japan where she was mentored by masters of the ancient art of Japanese brush painting. 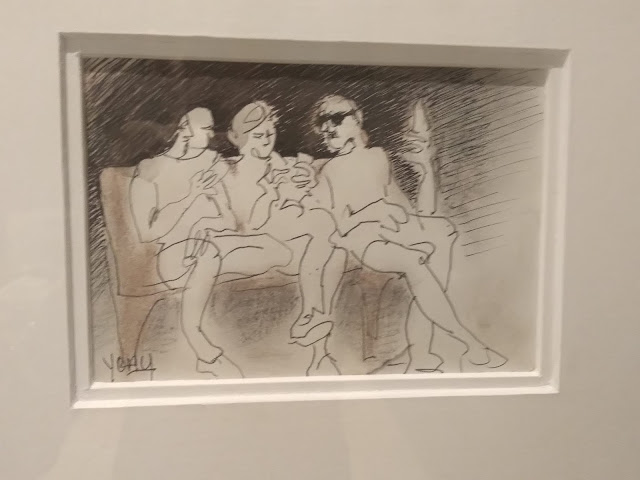 Born in Guam and brought up in various parts of the world, Yony’s absorbed all sorts of artistic influences in the course of her globetrotting. Yet the delicate Japanese style, including its frequent use of black, white and blended greys has definitely left its mark on her.
Her fluid doodling pen and ink drawings resemble (for me) the style of the great 19th century artist Honore Daumier who like Yony was skilled in sculpture, painting and printmaking. But he’s probably best remembered for his delightful caricatures which playfully critiqued the politics and politicians of his day. 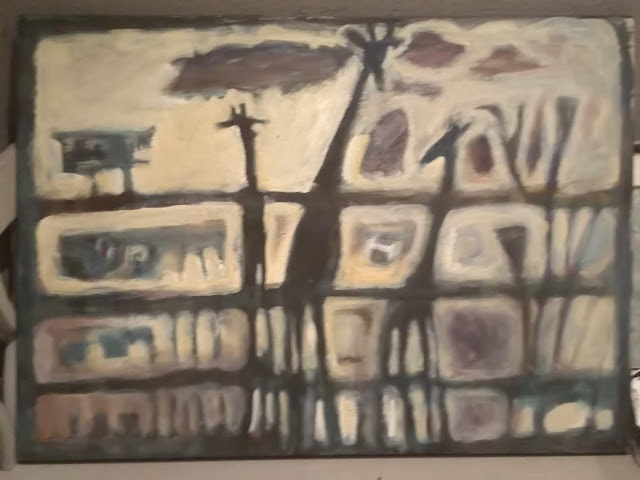 Yony’s caricatures aren’t necessarily social commentaries although she draws cameo scenes from everyday life, all of which are gems worth owning, which is do-able since Yony’s prices, especially for her drawings, are affordable. In fact, they are outrageously inexpensive, especially for an artist of Yony’s genius and longevity.
‘Game’s up’ is well worth a trip to the Souk in Karen where you’ll find the gallery. 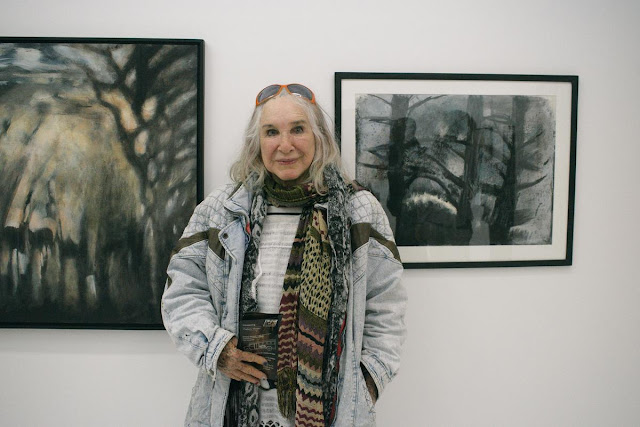 Posted by Margaretta wa Gacheru at 10:44