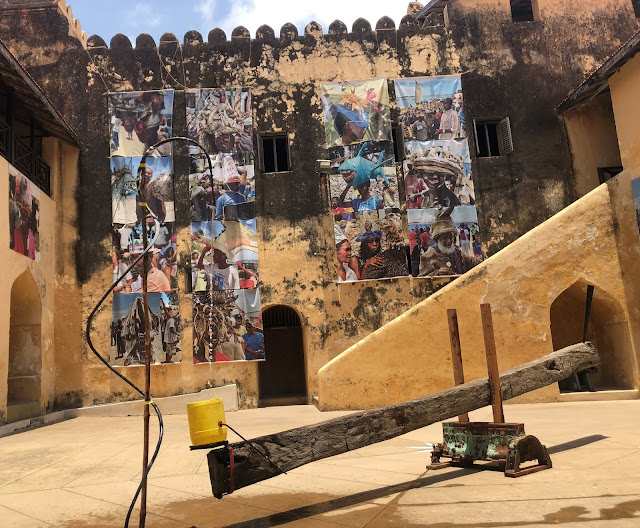 Every other year since 2010, the unbelievable creativity of ordinary Kenyans comes alive for the public to see during the biennial Shela Hat Contest that happened last Saturday, 29th February on Peponi Beach.
This year was no exception except that we witnessed more imagination, industry, enthusiasm and originality on the part of mainly Shela villagers than ever before.
The sixth Shela Hat Contest attracted almost 150 different hat-creators to take part in what some observers felt was the most impressive hat competition of the last decade.
The initial impetuous for the first hat contest came from Herbert Menzer, the retired German restaurateur who accidentally landed in Lamu while in transit to Mombasa and instantly fell in love with Kenya’s most romantic Indian Ocean isle. 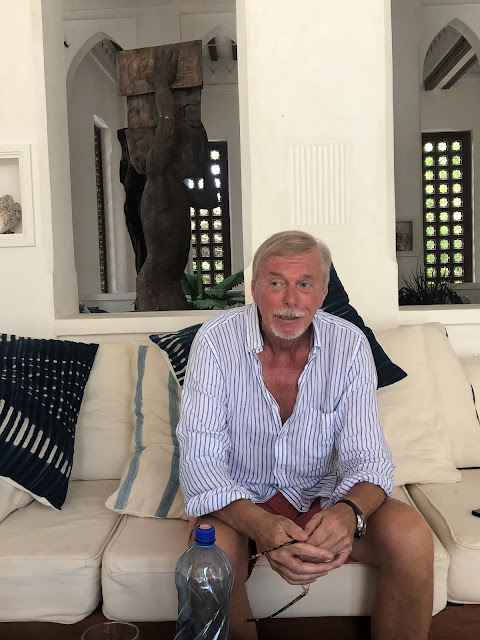 He was especially enamored with Shela village with its unblemished sand dunes, labyrinthian walkways wide enough for donkeys but not cars, and delicious breezes that fueled the dhows that sailed up and down the bay between Lamu town and Shela village.
Already contemplating what his next career would be, Herbert became a builder of beautiful Swahili-styled houses that he equipped with modern amenities like running hot water and electricity. But while the building was going on, Herbert saw his workers making their own hats rather than wear the hot, heavy helmets that most workmen wear.
“I was so struck by the imaginative use of local materials to make their hats, I decided to create a contest for local people to show off their best hats,” says Herbert who gave the top 30 adjudicated hats cash prizes, ranging from Sh60,000 down to Sh1,500.
This year’s Hat Contest got mixed reviews.
“You could easily see the difference between hats made over weeks and months and those slapped together in a day or two,” says Nils Korschen who with Fatima Khan-Phillips and Ruth Rukwaro judged the competition both this year and in 2018. “Judging is never easy, but this year we gave first prize to a woman, Rose Nakami, who we could see had put a lot of effort into making her hat,” adds Nils who is a second-generation co-owner of Peponi Hotel with Carol Korschen who also manages Shela’s premier boutique hotel.
Rose had finely shredded plastic soda bottles to make a beautiful, multi-colored bouquet. 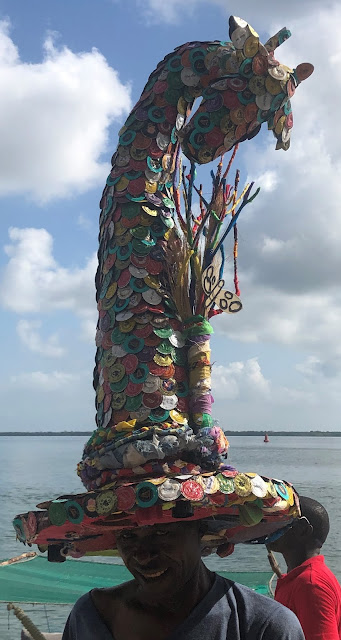 But plastics were not the only trash that got cleared by creative hat makers this year. Everything from hammered bottle tops, rubber flipflops and light bulbs used as locust’s eyes to lobster fishnets, sharks’ vertebrae, coconut shell, driftwood and ‘gunia’ hessian sacks were used to make a wide array of colorful creatures and concepts this year.
For instance, the animal kingdom was well represented with everything from crocodile, cobra, locust and vulture to a tortoise, octopus, stingray and crab which were worn proudly either by a model or the hat maker. Then there were giraffe, rhino, fish, flamingo and even a dinosaur-like mother and child whose hat-bearers stood in line under a hot Shela sun until they got their chance to take centre-stage, first before the judges who carefully appraised each hat and judging for quality of craftsmanship as well as creativity and originality.
After that, each hat and its model went sent to pose with professional German photographer Roland Klemp whose previous festival photos are still on display at the Lamu Fort Museum next to the brilliant conceptual contraption made by three young German artist-friends of Herbert, Marc, Felix and Max. 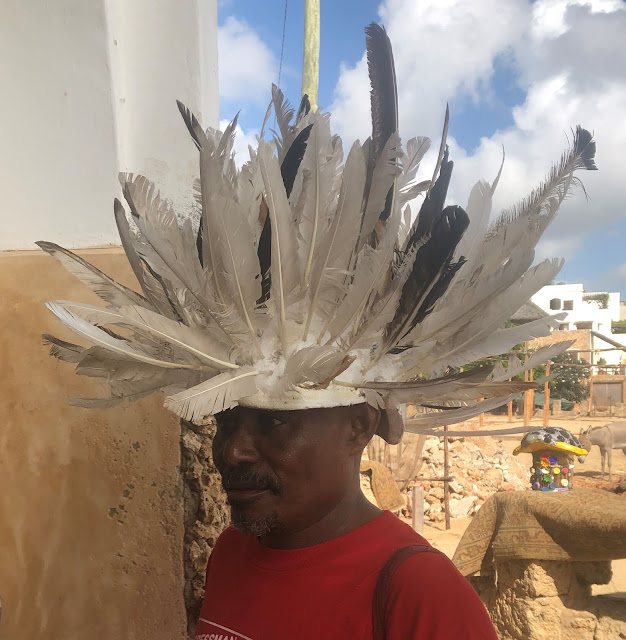 There were also a few political pieces in the contest, including ones complaining about coal, war, pollution and unwanted boda boda drivers who are seen as a menace to villagers who are more comfortable being a car-less UNESCO Heritage site than a boda boda speedway.
But this year’s hat contest was less about protest and more about the pleasure that Herbert was giving to the village by having created not only a Hat Contest which undoubtedly has no replica of a similar kind anywhere else in the world. He also combines the Saturday of hats with Sunday’s Mad Hatter Dhow Races, both of which feature handsome cash prizes.
Both events attract local and international audiences who come to watch either on the beach or at Peponi Hotel where visitors can relax and watch ten dhows compete for more cash prizes.
And as for the hats, their owners will take them home after another photo-shoot this week for an international publication sure to bring still more positive vibrations to Lamu and Shela.

Posted by Margaretta wa Gacheru at 05:30