KAWANI QUILTS BASED ON SIDDI STYLE A HIGHLIGHT AT QUILT FESTIVAL 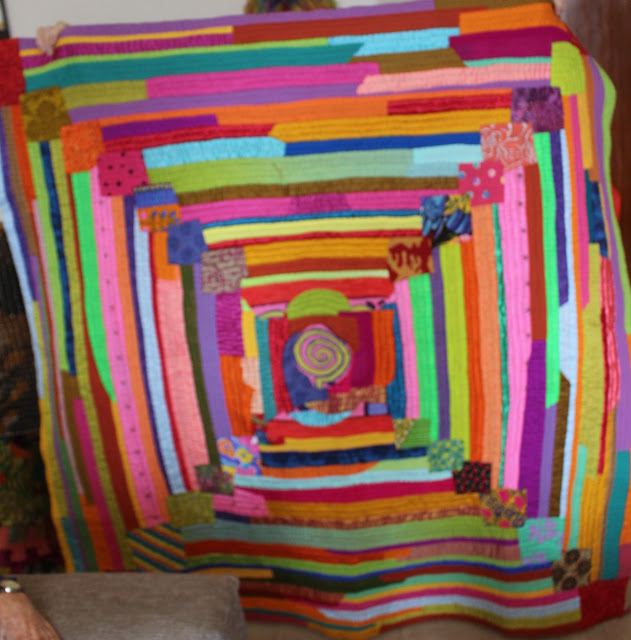 This year’s Kenya Quilt Guild biannual exhibition at the Sarit Expo Centre was called the Festival of Stitches.
“I feel it was the best exhibition we have ever had,” says Guild founder and this year’s chief judge, Gillian Rebelo.
Many factors featured in the three-day Festival’s success, she says. One was that not only were the best quilts created by guild members in the past year on display. So was stitching by the Kenya Embroiderers’ Guild.
So were several ‘Artful Bras’ displayed and sold by Faraja, the non-profit organization made up of cancer survivors. “We created the ‘artful bras’ to raise awareness about the problem of breast cancer,” says Gill who is also this year’s Guild chairperson.
But one of the most exciting innovations of this year’s festival was the Guild’s decision to invite the internationally acclaimed quilter Margaret Fabrizio to participate in their event. 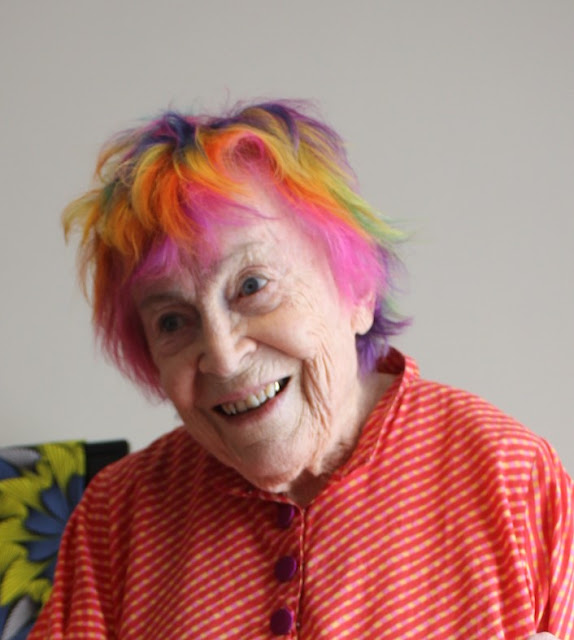 The 90-year-old American quilt artist, who celebrated her birthday with guild-members a few hours before her departure from Kenya, had been specially invited to show her quilts at the festival and conduct workshops on her rare technique of quilt-making. She displayed six of her Kawandi quilts during the festival, but also made four more while she was at Sarit giving demonstrations of the ancient style of stitching.
An exceptional woman who has had several illustrious careers in her lifetime, they include lecturing in music and harpsichord at Stanford University, professionally performing in major orchestras across the US, composing music for harpsichord, and painting in mixed media and collage. She even raised funds to buy a redwood forest in northern California “to protect the trees,” she says, since those woods are hers.
She only began quilting at age 58, at a time when many people are thinking of retiring. Not Margaret. Instead, she began having solo exhibitions of her quilts and became one of the important quilt artists in the US.
But in 2011 she attended a quilt exhibition at the Museum of the African Diaspora in San Francisco. That is where she got so intrigued with the unusual technique of quilting practiced by Indian women of African descent that she decided to go and find them herself. 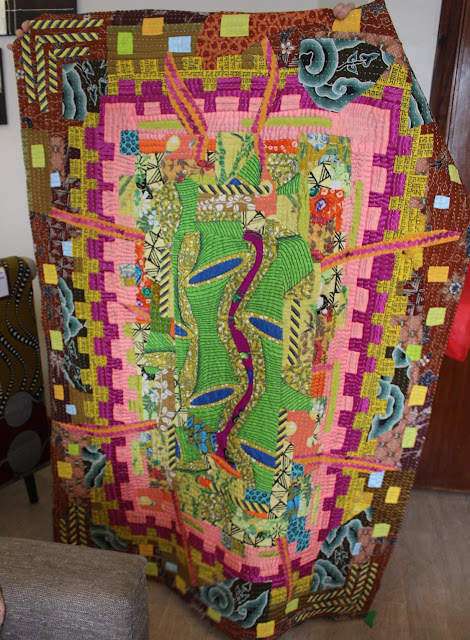 By that time Margaret had turned 80, but that didn’t stop her. The quilters were Siddis, Africans who’d been brought to India as slaves of the Portuguese some 400 years ago. They lived far off the beaten path in Karnataka state. But just as she is today, Margaret was intrepid and determined to find them and learn first-hand how to make the hand-stitched ‘kawandi’ (meaning quilts in the Siddi’s mother tongue, Konkony).
Margaret eventually found her way to them, stayed two weeks and learned what turned to be a relatively simple yet precise technique of quilting.
“Kawandi are made out of old clothes and don’t require a big investment,” Margaret told SN. “One reason I came to Kenya was not just to meet the Guild. It was to teach the technique to poor black women who then can make kawandi  quilts themselves and sell them so they can ideally improve their living standard,” she says.
“I feel it’s my way of ‘giving back’ since I learned the technique of Kawandi from poor black women in India,” she adds. 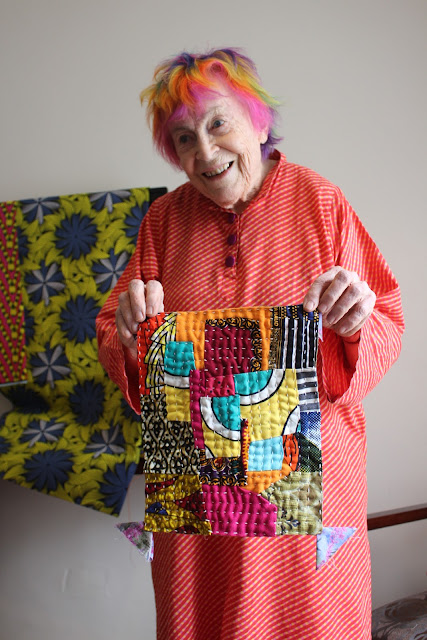 She gave two workshops (apart from the one she shared with Guild members) during her three weeks in Kenya, one at Langata women’s prison, the other with a group of embroiderers from Kibera and Kawangare.
“The technique requires no investment apart from their time,” says Margaret who found those two workshops among the most rewarding moments of her time in Kenya.

Posted by Margaretta wa Gacheru at 03:59