MUMBI KAIGWA’S  BACK ON THE PERFORMANCE TRACK 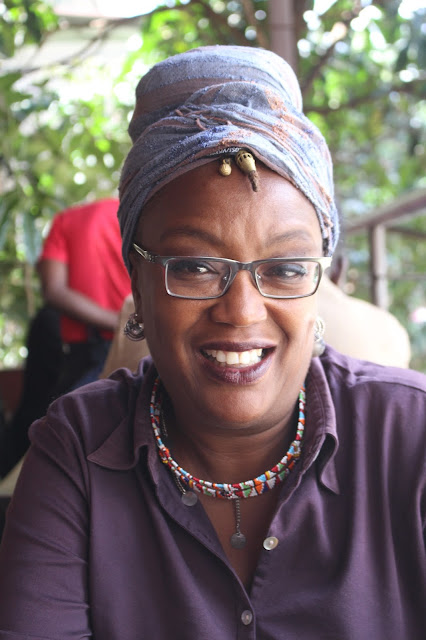 It wasn’t so long ago that Mumbi Kaigwa gave a retrospective showcase of her 40 year career in theatre and film. Having launched that career at age ten starring in a KBC-TV production of Wole Soyinka’s The Strong Breed,  Mumbi’s been in movies like ‘The Constant Gardener’ and ‘Something Necessary’ as well on stage, first as an actress, then as a director-producer, and finally as a playwright whose plays have been staged all over Kenya and Tanzania as well as in Europe and the States.


But then, by the time she’d decided to celebrate her 40 years in the performing arts, Mumbi was getting set to pack up that career and head for retirement.


Fortunately, she’s no longer entertaining that notion. It’s no longer even an option since several things have intervened and caused her to fundamentally change her perspective not only on her [artistic] career but also on her life in general and her sense of self-worth specifically. 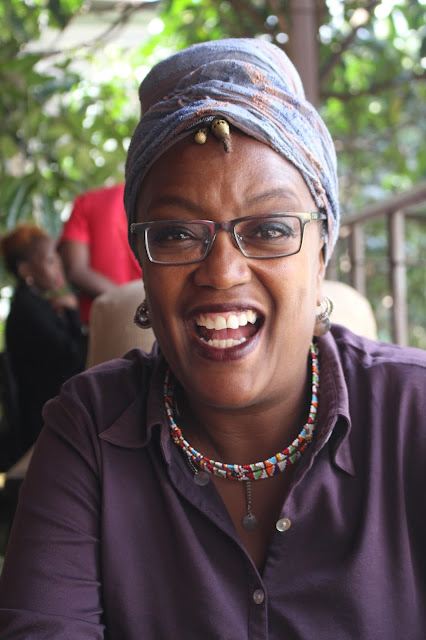 She may have been getting set to pack things up and sift gears into a slower, more sedentary life. But then came a call in 2014 for her to come to Cairo, attend the 23rd International Festival of Contemporary and Experimental Theatre (with all expenses paid) and receive a lifetime achievement award for her work creating theatrical campaigns around social themes related to everything from human rights, conflict resolution and peace to torture, post-election violence and violence against women.


She’d already received one ‘lifetime achievement’ award in 2013 from the CEO magazine from South Africa. But the recognition she was to receive in Egypt was different. It was more global in that her fellow awardees were coming from all over the world, from Shanghai and the States as well as from West Africa and the Middle East.


As it happened, the Cairo Festival didn’t come off until September this year, just shortly before she’s been called to participate in another global theatre festival in the UK.


‘This was a festival that linked science and the arts,” said Mumbi who’d been selected to create one of the seven original plays to be staged in Manchester related to the theme of ‘Birth’. The other six playwrights were from China (Xu Nuo), India (Swati Simha), Syria (Liwaa Yazji), UK (Stacey Gregg), USA (Kirsten Greenidge) and Brazil (Marcia Zaelatto).


Each playwright was given a specific sub-theme. In Mumbi’s case it was fistula, a physical condition that’s rare in the West, but which afflicts women especially in war-torn countries who’ve been gang raped.


Straight away, she took on this huge challenge which compelled her to interview both medical specialists and women who’d suffered from fistula. It was a painful process, but it also resulted in revitalized Mumbi’s whole perspective on life and on a creative career which she now realized was by no means over. Instead, she had so much more to do.


“I thought I was going into retirement in 2014; I didn’t realize then that it would be a two year sabbatical that’s now ended. Now I’m back to work,” she said.


Egypt was amazing not only because that 10 day festival enabled her to see as many as four theatre shows a day, plus attend workshops and panel discussions.


It was also because she felt fully validated for her work as a Kenyan creative. “I was treated like a visiting dignitary,” she said, having been given her own chauffeur-driven car who took her anywhere that she and her fellow Kenyan poet-playwright Sitawa Namwale wanted to go.


But as validating and invigorating as the Cairo festival was, it was the performances in Manchester at the ‘Birth’ Global Festival of Theatre and Debate that ultimately convinced Mumbi she has so much more to do both theatrically and cinematically.


“Currently, I’m working on two short documentary films,” said the former chairperson of the Board of Mediva (Media Development in Africa) as well as its Managing Director.


Admitting she had always wanted to make films (and not just star in them), Mumbi even did an internship at K24 just so she could get behind a film camera.


‘While conducting interviews with women who’d suffered from fistula, I was also the one filming the women,” said Mumbi who used those interviews as the basis for her creating ‘Orchid’, the work of ‘verbatim theatre’ that she wrote and also co-starred in during the Birth Festival.


So whether she continues making films, scripting plays or producing shows that she takes on tour around the world (as she did with her second play in her trilogy, Kigezi Ndoto), only time will tell. The good news is that Mumbi’s back on track to be Kenya’s leading doyen in our performing arts.

Posted by Margaretta wa Gacheru at 03:32