CELEBRATING THE HOLIDAYS WITH SONG


‘Tis the season’ to be jolly and to sing with joy and storytelling that inspires others to appreciate the finer things in life, such as family and friends, beauty and creative expression. 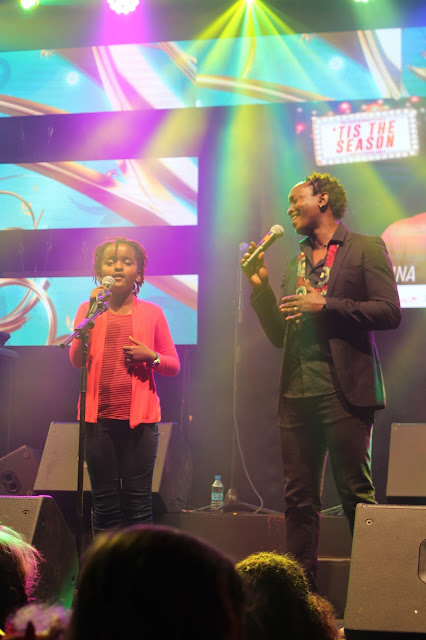 Eric Wainaina singing with his 7 year old daughter 'Noel' at The Elephant. show to be aired Christmas day on NTV
Last weekend, ‘Tis the season’ was the title of a wonderful musical medley made up of many of Kenya’s brightest and most beautiful voices, accompanied by an excellent band including trumpeters, keyboard players, guitarists and drummers.


It all happened in Lavington at The Elephant Club, produced by Sheba Hirst, directed by Kenya’s most popular crooner Eric Wainaina. It was moderated by the delightful duo, Patricia Kihoro and Elsaphan Njora, 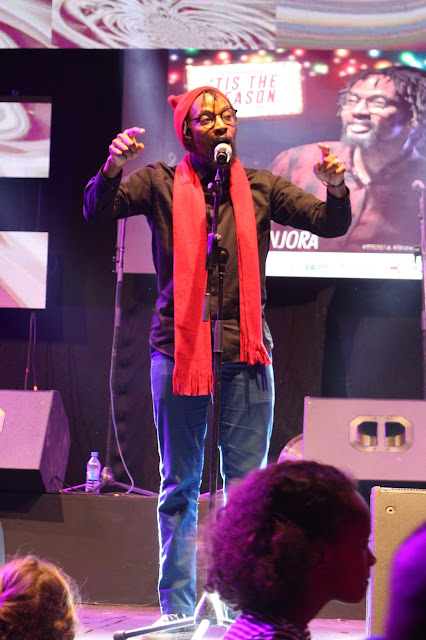 with mainly classic Christmas carols sung in such a funky, R & B style that even small children were on their feet dancing to the rhythmic renditions of everything from ‘The Little Drummer Boy’, ‘Away in a Manger’ and ‘Go tell it on the mountain’ to ‘We Three Kings’, ‘Hark the Herald Angels Sing’ and ‘God Rest ye Merry Gentlemen.’ 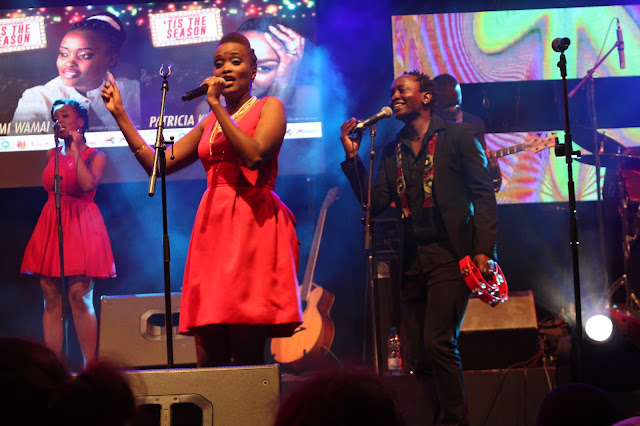 Sung with a polish, poiseand professionalism that has come to be associated with all of Sheba Hirst’s productions, the vocalists included Eric and Patricia of course, but also Noel Nderitu, Karimi Wamai, Chris Adwar, Atemi Oyingu (who also slipped in a bit of Beyonce’s ‘Drunken Love’) and Kanju Mbugua among others.


But the shining star of the night was Sheba and Eric’s seven year old daughter Seben who sang ‘The First Noel’ (accompanied by her dad) with show-stealing style! 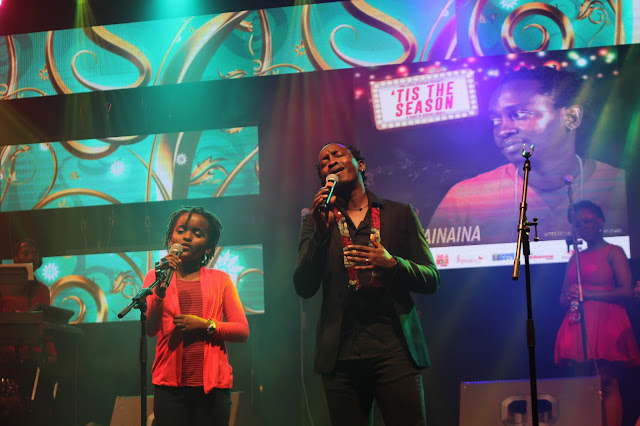 The Good News is that if you missed the live performance, it will be shown on Christmas Day on NTV in the afternoon.


Meanwhile, the other musical gift to be screened this coming Sunday at Ngecha Art Centre is ‘Wendo wa Mbomboi’, a production scripted and directed by King Dodge Kingoroti. Loosely translated from the Gikuyu, the title refers to a children’s game called ‘Mbomboi’ that Dodge recalls playing as a child. It’s also the game that three young girls are playing as the film opens and which two boys innocently interrupt. So the title translates is ‘Love of Mbomboi’, suggesting the child-like innocence of the love that unfolds in the film.


Yet there’s nothing innocent about the old men subsequently negotiating the child marriage of one of the girls to one of the old men as they drink muratina (honey beer) and carelessly plan to deprive the young girl of her agency, her right to choose and the first love of her life.


She rebels, taking the only way out that she can see, which is suicide. I won’t be a spoiler and disclose what happens next. You will either have to go to Ngecha to see the film at 2pm when you can watch the film and meet the cast. Or you can get the DVD from Dodge.


King Dodge wrote Wendo wa Mbomboi some years ago; but out of concern for the disappearance of beautiful Gikuyu songs that he could see were being forgotten by the present generation, he decided to revive his play and also film it for present and future generations.


Posted by Margaretta wa Gacheru at 02:58