THE GENIUS OF CHANGING JUNK INTO FINE ART 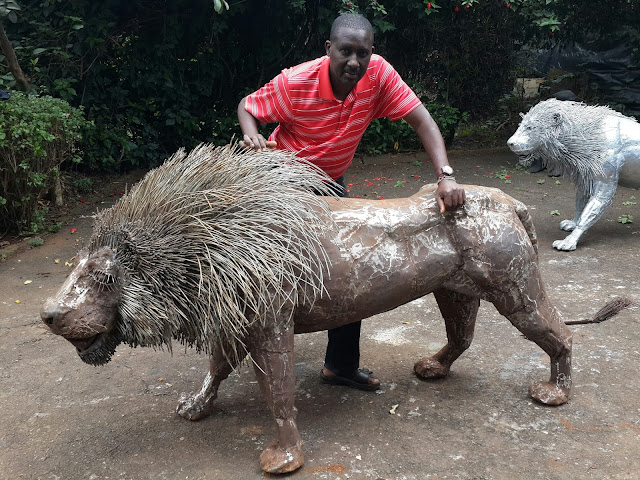 Kioko Mwitiki may not be the first scrap metal sculptor in East Africa. He gives that credit to Ugandan artists. 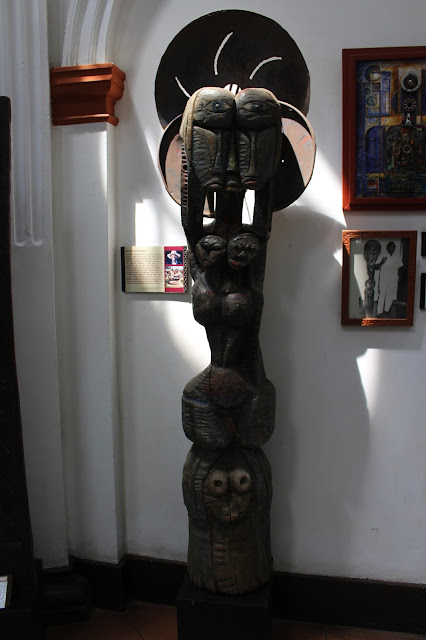 “Then came John Odoch Ameny,” whose larger than life-size scrap metal sculpture inspired Kioko while he was still a fine art student at KU and Odoch was exhibiting at African Heritage, quietly in exile from the Obote and Amin regimes. 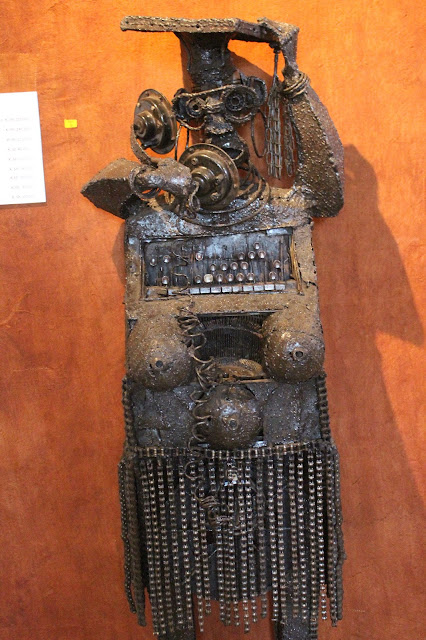 Kioko also had his own political problems during the 1980s. “I was a recipient of the same ‘walking papers’ that many student activists got in the post-1982 (attempted coup) period,” confessed the one-time Pambana protester.

“There were 70 of us that got kicked out in March of 1985,” recalls Kioko who is still rather proud to have been featured on a front page photo of The Standard that time, when anti-Moi sentiments were very high.

Briefly incarcerated with 28 others, Kioko was eventually called back to KU so he completed his university degree in 1986. But not before he’d picked up one of his most valuable technical skills, and one which he has used and even taught to others almost every day since then. 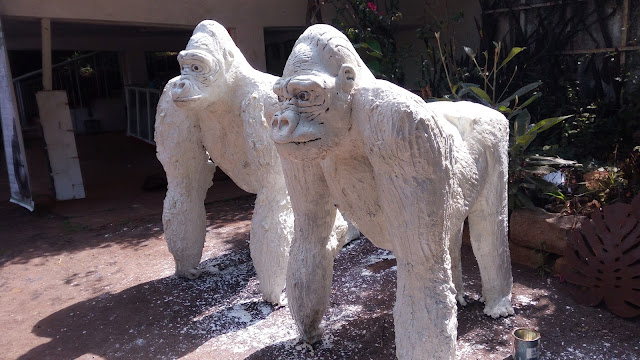 Frankly needing a job once he was out of school, Kioko found his way to the Nakuru Aluminium Works.

“That was where I learned welding,” says the man who has taught that same skill to countless school-leavers, many of whom have gone on to become self-supporting sculptors who, in turn train their own apprentices.

“One is in Mtwapa where he’s trained a small nucleus of scrap metal sculptors who are doing very well,” says Kioko with an undisguised sense of pride.

“There’s another working the same way in Kangemi and another in Dagoretti,” adds the former Consolata art teacher.

These were his first trainees, young men mainly from Western Kenya who had been sent to him by parents worried that their sons weren’t qualified to do anything constructive with the education they’d thus far received.

Initially, Kioko hadn’t planned to teach. Indeed, after a three year stint teaching art at Consolata Primary, he formally quit the profession to devote himself to his art.

But even while he was at Consolata, Kioko was able to find time to work closely with the Nairobi National Museum and achieve a measure of success with his art.

But teaching evolved naturally when, as his art projects grew both in scale and number, he realized he needed to hire skilled welders to help him with his art.
But once he saw it might make more sense to mentor young welder apprentices rather than hire old-hands, Kioko also found he had a role to play in uplifting the lives of ‘grassroot’ Kenyans who might otherwise remain trapped in rural poverty and in a peculiar problem that now plagues his mother’s Wakamba community.

“The downside of Wangari (Maathai)’s campaign to save African hardwood forests has hit the Kambas especially hard since it’s practically killed the market for hardwood carvings.”

Having found that former carvers are especially keen to adapt and retrain as not only welders but also stone carvers, Kioko isn’t just teaching skills in welding and working with recycled scrap metal. He’s also seen that places like Kitui are rich in shale stone, which can potentially replace hardwood as the main medium that renowned Kamba carvers can now use.

Seeing himself as a sort of ‘marketing consultant’ as well as mentor, Kioko has also found ways to work artistically with calabash goards which are plentiful in Ukambani too.

Clearly committed to improving the lives of local artisans, it’s almost hard to believe that Kioko finds time to travel abroad and take up ‘guest artist’ residencies for several months at a time. But for the last few years, he’s been spending three-month ‘summers’ in the United States, first at the renowned San Diego Zoo in California, then at the Desert Museum in Arizona.

And even before he attracted the attention of the Foundation for Women which helped organize his recent US sojourns, (and who get 15 percent of the profits he makes from the American sales of his art; it goes toward worthy women causes), Kioko was an invited guest to many parts of the world. 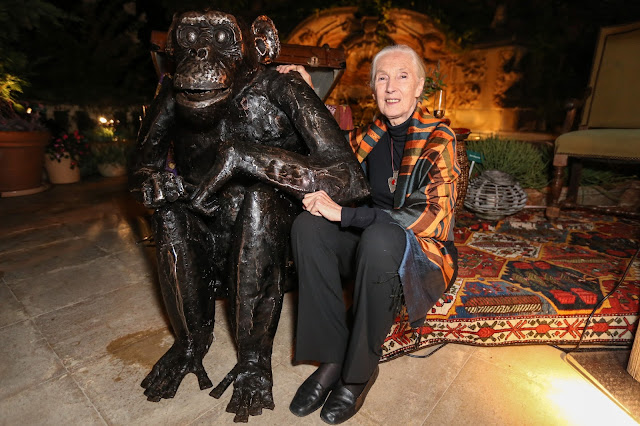 The recipient of a Reader’s Digest/Lila Wallace Foundation fellowship in 1995, Kioko had already been recycling ‘junk’ metal into fine art for several years. So his mentoring among the Kootnei was a kind of continuation of his work reshaping ‘found objects’, such as sundry car parts-shock absorbers, ball bearings, spark plugs and chains, into art.

Subsequently, he’s exhibited in Denmark, Spain, Nigeria, UK and France. Most frequently, he’s been invited by private collectors. However in 2007 he went to London, sponsored by the Kenya Tourism Board, hired to do the décor for the Kenya Stand at the World Tourism Fair.

Kioko appreciates the importance of marketing not only for Kenya generally but specifically for Kenyan artists and artisans who need to know how to market their work to improve their quality of life.

His own quality of life has improved steadily over the years, to the point where his ‘junk art’ is in such demand internationally that he has had to ship whole container-loads of life-size wildlife overseas—everything from gorilla, giraffe and elephant to whole ‘herds’ of water buffalo, warthogs and wildebeest!

Opening Pimbi Gallery in 1996 also makes him one of the few Kenyan artists to feature an art centre in his back yard.

Nonetheless, Kioko remains grounded with his training of guys like Mwewa, who worked for years at Gikomba until the market dried up and he almost lost hope until he met Kioko who has both trained and employed both Mwewa and his son Munyao.

One other indicator of how grounded Kioko remains is to see how he personally continues to scavenge Nairobi’s major junkyards, in Kawangware and Kariobangi North. It’s been a challenge to get good scrap metal, Kioko claims, since the Chinese were exporting it all up until the Government put a halt to that practice.

The problem of Chinese competition for scrap hasn’t died. But even the Chinese can’t keep Kioko from fulfilling his many dreams.

His latest plan is to set up an outdoor Sculpture Park, complete with galleries, an educational centre and rondovals where visiting artists can stay and work for free “as long as they give back by working with the local Maasai community.”

The park will be about 60 kilometers from Nairobi down Magadi Road and he hopes to open it next year in a place called Kona Baridi.

In the meantime, Kioko continues with his training jua kali artisans and recycling scrap metal to make a form of Kenyan art that he doesn’t mind calling “junk art” since he knows the tremendous skill involved in transforming junk into fine art.

Posted by Margaretta wa Gacheru at 09:35