KENYAN ARTISTS OUT IN FULL FORCE FOR THE HOLIDAYS 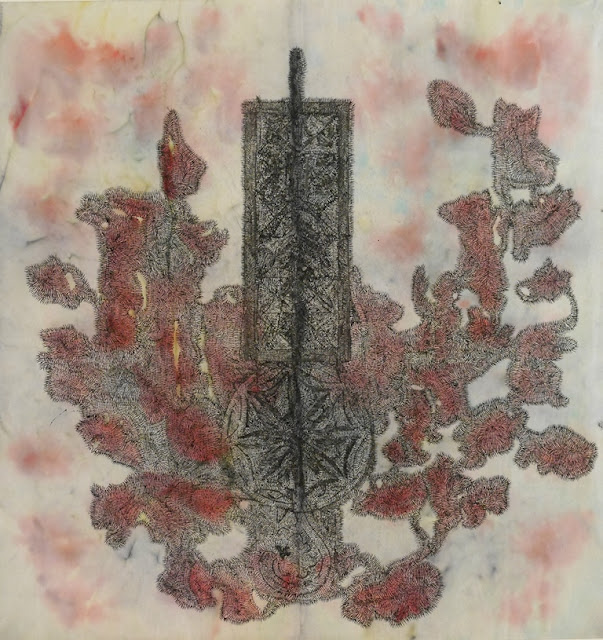 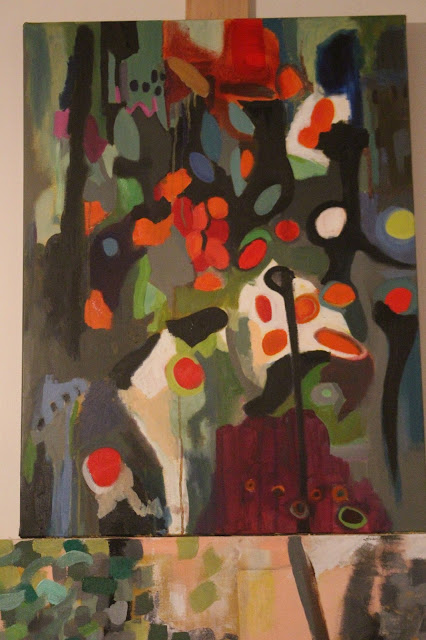 Elaine Kehew's Dance of the Red Ibis
and Patrick Kinuthia’s colorful paintings entitled ‘Ni ya Leo’ through January 25th at The Art Space. 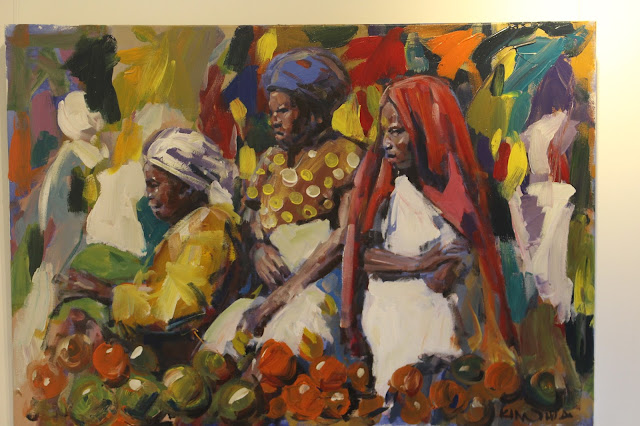 Patrick Kinuthia at The Art Space


For some reason, only a fraction of The Art Space was filled with Patrick’s paintings, so it was no surprise to see the remainder of his work at Dusit D2’s once-a-month showcase last Saturday in The Den, where he shared that space with several outstanding East African painters, such as Patrick Mukabi, Adrian Nduma, Leonard Kateete 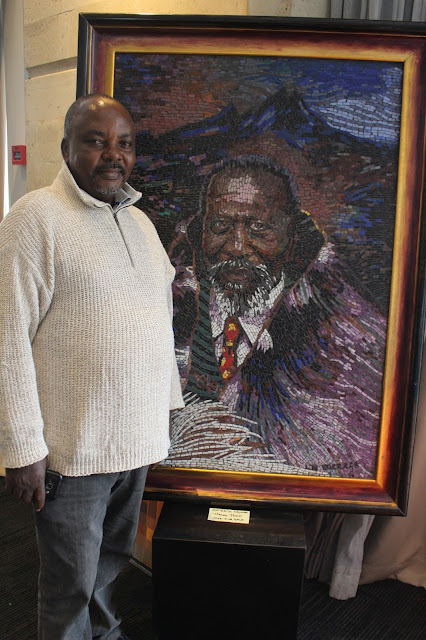 Taskin Butt and Sam Madoka, a former TV personality and advertising executive who’s now revealed himself to be a talented visual artist.

But Dusit is just one of several group shows going on prior to the Christmas, Hannekah and New Year’s holiday season. There’s an exceptional one at One Off Gallery featuring the third edition of ‘Recent [and wonderful] Works’ by Peter Ngugi (whose 30 feet tall scrap metal and spoon Tree was just installed at The Hub in Karen), 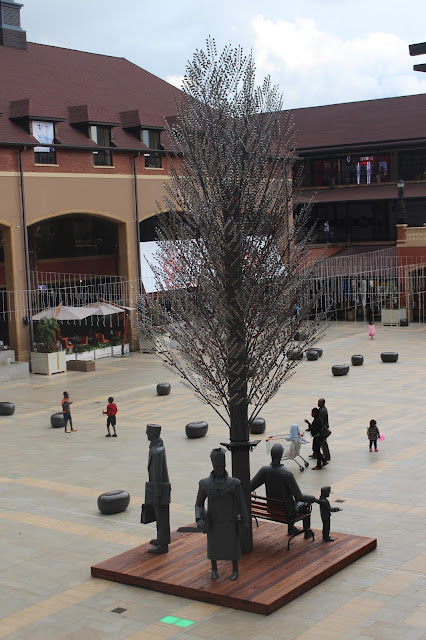 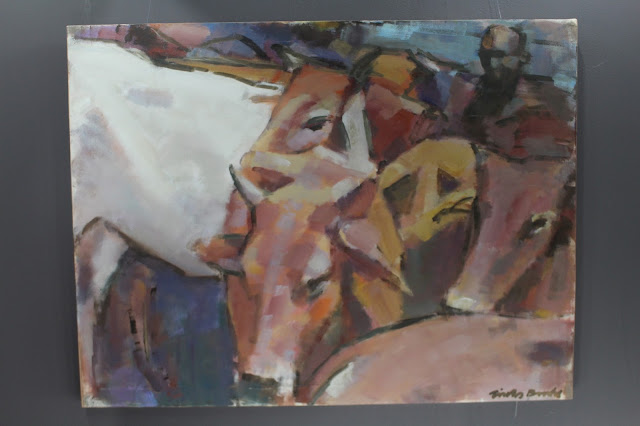 Timothy Brooke at One Off 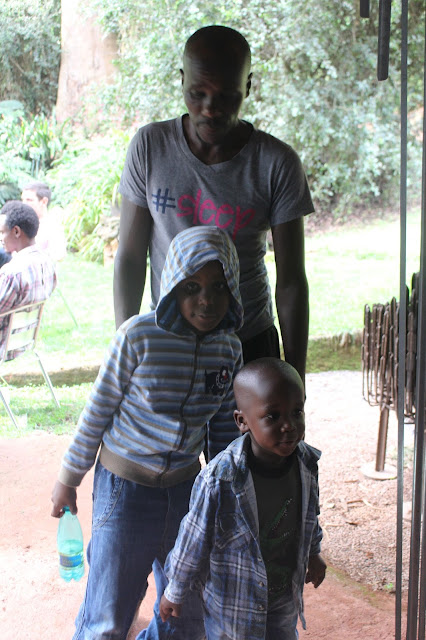 Richard Kimathi with his 2 young boys at One Off Gallery 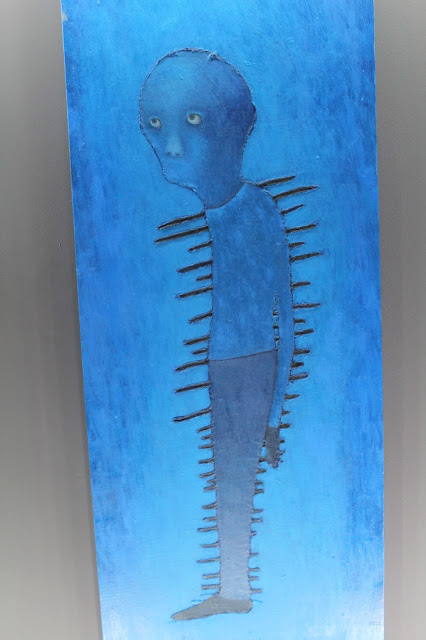 Richard Kimathi's Never Kissed a Girl at One Off Gallery 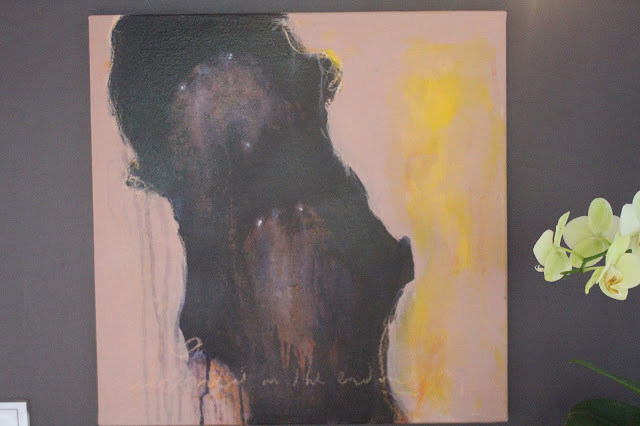 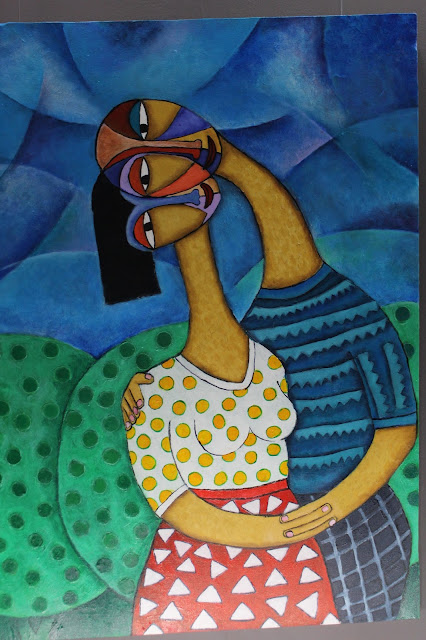 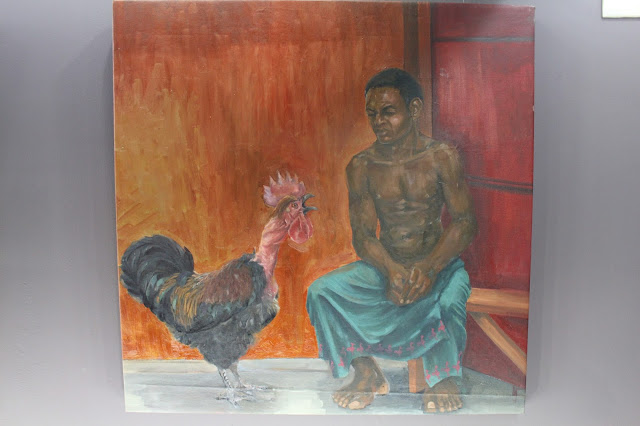 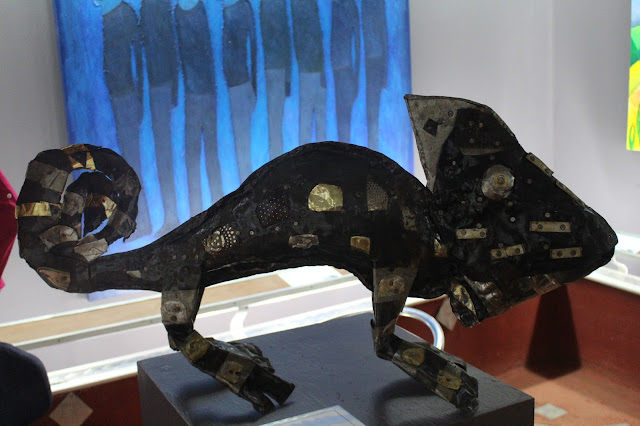 Harrison Mburu (his Chameleon, above),
Jackson Wanjau (Labourer, below) 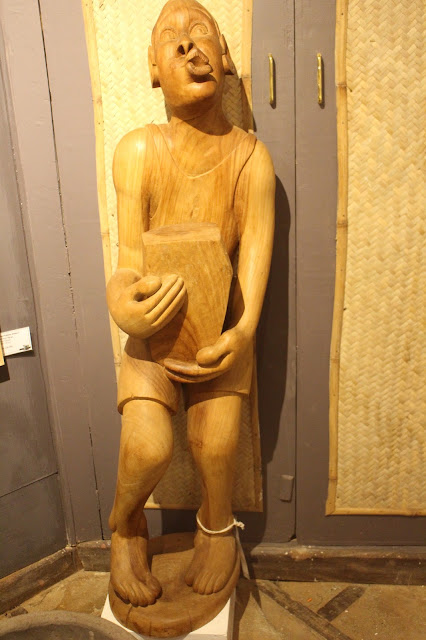 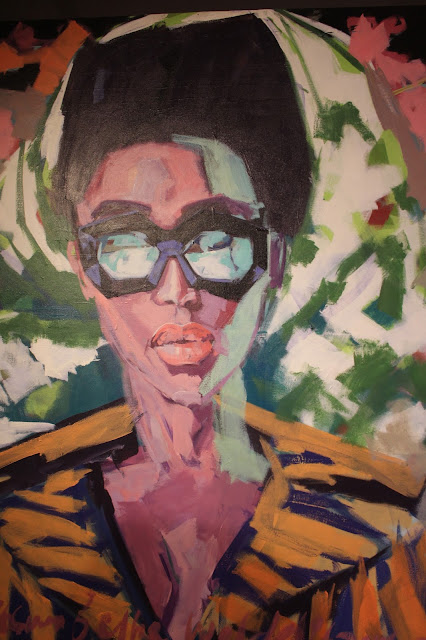 Fitsum's Contemporary Chic
There’s also an ‘Affordable Art’ Exhibition at the Polka Dot Gallery in Karen where Lara Ray is catering specially for holiday shoppers with lovely paintings and prints by local artists as well as holiday cards which may also serve as miniature works of art. Among the artists exhibiting at Polka Dot are several Ugandan artists including Ronnie Ogwang, Anwar Sadat and Tindi, April Zhu and Elaine Kehew, Patti Endo, Caroline Mbirua and Sophie Walbeoffe among others.


Meanwhile, the British Institute of East Africa has of late paid greater attention to contemporary African art. Up until yesterday, it had an important collection of 100 sculptures by 20 Zimbabwean artists entitled ‘Faces of Zimbabwe’. The show was curated by Carola Rasmussen, and despite the fact that the show technically closed December 8, it’s possible that one might still be able to see a bit of it if you get to BIEA today.


Otherwise, you can get yourself to Village Market where you’ll find lots of the latest paintings and sculptures by nearly all the resident artists based at Kuona Trust. The fate of the Trust is still in limbo, so as many friends of Kuona who’d feel good about showing their support for the artists and faith in Kuona’s future would do well to visit Village Market’s exhibition hall through this weekend


Meanwhile, at Kuona’s own gallery, ‘Wrong Number’s an exhibition of works by resident artists Lemek Tompoika and Paul Njihia. Both artists use their art to challenge the increasing power that numbering, ranking and digitalizing of people that Western culture has brought to Kenya, especially in education. Lemek’s sentiments are expressed through the combination of painting and collage while Njihia’s paintings include ensemblies of school children whose anonymity is reinforced with identical school uniforms which also cloaks their individuality. Both artists also have works on display in the Village Market show which opened last Wednesday and runs through this weekend.


Finally, refugee artists were visible at two separate venues this past weekend, first at the Nairobi National Museum where UNHCR had sponsored artists from both Kakuma and Dadab Camps through the weekend and then, simultaneously, during the Kenya Fashion Market, we found one amazing Rwandese artist named Bahimba Thaddee Macumi at the Ngong Racecourse displaying his Mahogany chairs, tables and 3D relief ‘paintings’ all carved in wood but given a life of their own by this refugee artist who learned to carve after he arrived in Kenya some years ago.

Posted by Margaretta wa Gacheru at 00:36