MINISTER OF CULTURE PROMISES SUPPORT FOR THEATRE & THE CREATIVE ECONOMY

DR WARIO RECALLS HIS PAST AS A PERFORMING ARTIST 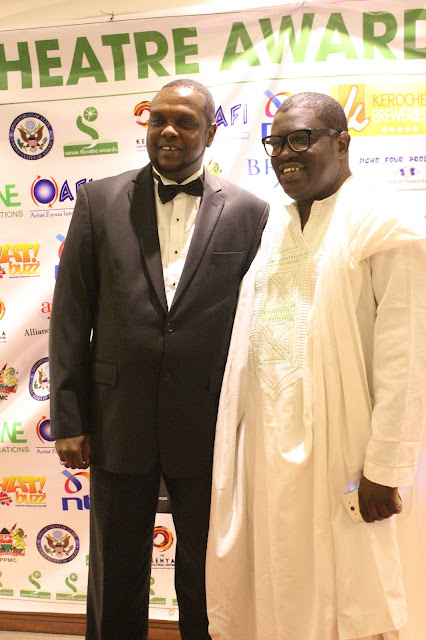 The 2016 Sanaa Theatre Awards were memorable for many reasons, not least of which was the promising presentation made by the evening’s Guest of Honor, the Minister of Sports, Culture and the Art, Dr. Hassan Wario.


The Culture CS was more relaxed, spontaneous, open and enthusiastic about Kenyan theatre than I had ever seen him before. Bringing up his background in theatre, he shared his appreciation for thespians with whom he had acted at the University of Nairobi. These included performing artists like Oby Obyerodhiambo, the late Johnny Nderitu, Mueni Lundi and even the late Dr Opiyo Mumma, all of whom were part of Theatre Workshop Production, the vibrant, dynamic and innovative theatre company that shaped many actors’ careers in the 1990s. 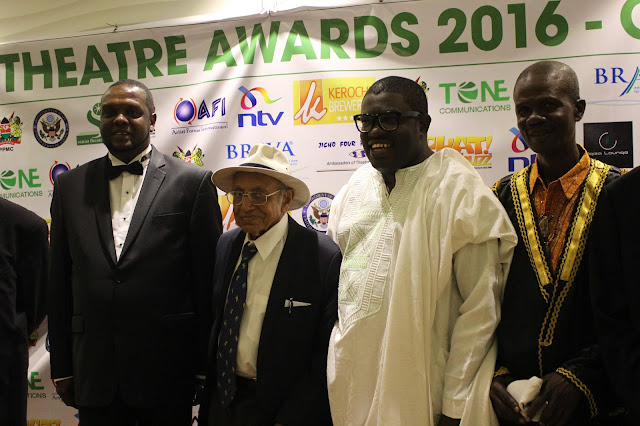 What was most significant about Dr Wario’s presentation was the overwhelming support he expressed for the Kenya National Theatre and theatre generally in Kenya. “We must own our theatre, tell our own stories…and recognize the role theatre can play in the creative economy,” he said.


Noting that theatre is much more than acting alone, Dr Wario said it was nonetheless one of the key factors in developing Kenya’s burgeoning creative economy. He added that evidence of the government’s support for the arts and culture was taking place [this past] Tuesday when the first batch of film students were graduating from the Kenya Government-funded Film School based in Kasarani Sports Centre.


The other really exciting news item that Dr Wario shared was about the title deed to the entire Kenya Culture Centre ground finally being in the hands of KCC, an entitlement for which local creatives have been asking for many years. 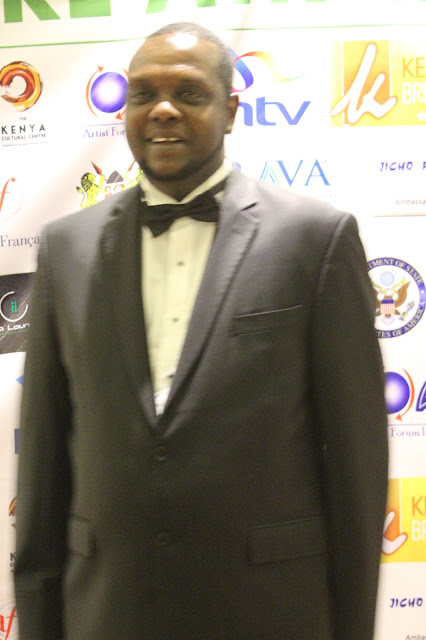 According to the Chairman of the KCC Board, Mr Nicholas ole Moipei, the deed includes the acreage adjacent to the theatre where plans are already underway to establish an International Arts and Culture Centre which will serve the interests of all the creative arts.


Dr Wario also recalled having seen President Uhuru Kenyatta acting on the National Theatre stage, implying that he has the full backing for the promotion and development of Kenya’s creative economy.


Up until now, artists like Checkmate Mido, the multifaceted entertainer who performed last weekend with The Box of Beats, were grateful to foreign cultural centres like Goethe Institute (where Checkmate performed las weekend with his marvelous group of guitarists, drummers and beat-boxers) and Alliance Francaise for providing them with space where they could let their luminous artistic lights shine brightly.


And while creatives are not likely to give up staging shows at foreign venues, one also has to agree with Dr Wario that when we tell our own stories in our own ‘homes’ (such as KNT), it’s then that “we are winners.”


Thespians and all Kenyan creatives will undoubtedly look forward to seeing how Dr Wario fulfills his promise to assist Kenyan theatre in days to come. His identification with the local thespian community was clearly long overdue.


Posted by Margaretta wa Gacheru at 08:08