Rix Butama is a name that Kenyan artists who studied at the Buru Buru Institute of Fine Art in the 1990s will recall, seeing as he was BIFA’s Principal from its inception in 1993 up until the start of the new Millennium 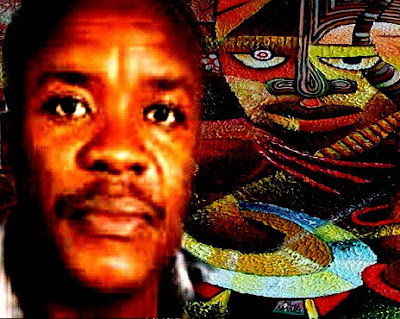 Tobias 'Rix' Butama
He might also be remembered by anyone who religiously watched The Art Zone on KBC-TV in the early 2000s.


But Butama’s been something of an ‘invisible man’ at least to Nairobians since those days. It’s in part because he chose to move back home to Bungoma where he now paints full time. But it’s also partly because he had a near-death accident sometime back that stunned his doctors when he came back from ‘the dead’. It seems he chose to live a quiet life ever since.


But Butama’s art is soon to play a major role, with one of his painting serving as the center piece of an exhibition on ‘Art Fights Corruption’ which is scheduled to take place sometime later this year. 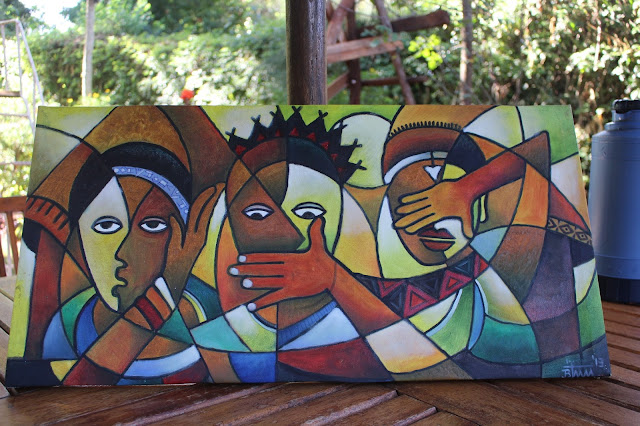 
The date hasn’t been set as yet, according to Naftal Momanyi, the founder and interim chairman of a new arts organization, the Kenya National Visual Artists Association (KNVAA). But most likely the show won’t open until after the annual Manjano Art Competition and Exhibition takes place sometime in March.


That way, artists will have time to prepare artworks to enter in both the Manjano competition which promises cash prizes for the winners and the ‘Art Fights Corruption’ exhibition which aims to encourage Kenyan artists to speak out visually about the country’s corrosive plight derived from the greed, ignorance and short-sightedness of local citizens, including so-called ‘public servants’ and some members of the public at large.


The idea of an ‘Art Fights Corruption’ show came out of a meeting between the newly-registered KNVAA and the Paa ya Paa managing director, octogenarian artist, Elimo Njau who was given Butama’s painting for show and potentially for sale several years ago. 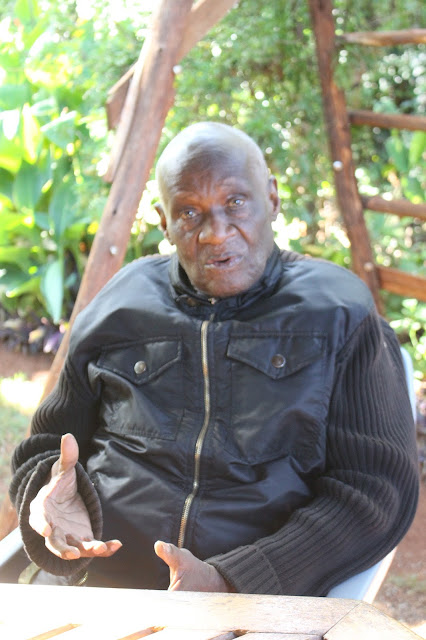 
Naftal had been promoting the idea of a new activist-oriented local arts association for several months on social media. His persistence paid off last December when he managed to register the group which he hopes will bring artists together and help them lobby the Kenya government to give greater attention and support to visual artists.


Hopeful that KNVAA won’t follow the path of other visual artists groups which hardly get off the ground before they flop, Naftal already has a paid-up membership of almost 40 local artists who are keen to see this association succeed where others have not.


Choosing the visit Paa ya Paa and the elder statesman of East African art Elimo just before the Christmas break, the group’s arrival at Njau’s doorstep couldn’t have been more propitiously timed.


“Maurice Wolfe wanted Paa ya Paa [including the five acres on which the gallery stands] to belong to Kenyan artists,” said Njau who admitted it was Wolfe who bought the land for his favorite secondary school student whom he had taught years before in Tanzania.


Wolfe had come to Kenya to visit Elimo in the Seventies and had seen how his former student was struggling to sustain the art center. That’s how he came up with the idea of ensuring Paa ya Paa’s future as well as to make his contribution to an emerging Kenyan art scene.


Whether KNVAA will serve as the sort of arts organization that can cooperate with Paa ya Paa in days to come is not yet clear. Only time will tell; but there is light doubt that Elimo needs the support of local artists to get the fallen ‘Mau Mau Freedom fighter’ sculpture by Samwel Wanjau repaired and back on a solid cement footing and situated in a central location. 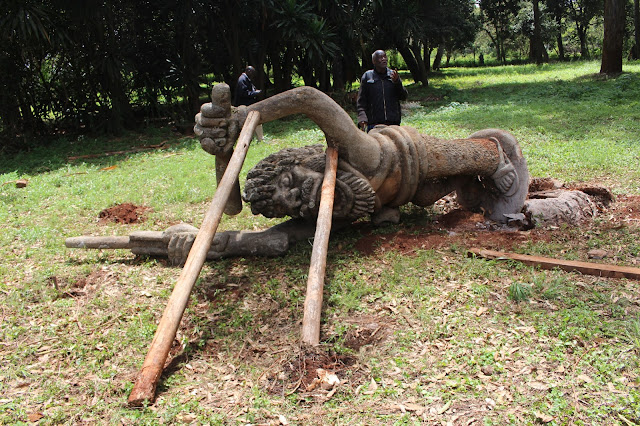 Samwel Wanjau's fallen Mau Mau Freedom Fighter felled by a philistine Kenyan woman who employed more than a dozen men plus a Caterpillar forklift to take the Freedom Fighter down. To me, the downing of this historic statue is a criminal offence


There’s a broad consensus that Wanjau’s masterpiece deserves a gazetted status as a national monument for the world to see. The fact that the statue was pulled down by men employed to do it by some philistine who had no sense of its historical, cultural or artistic value seems senseless and even criminal to me.


But the first step for KNVAA and PYP to work together will be in organizing the ‘Art Fights Corruption’ exhibition. Naftal has already invited artists to submit art works on social media, although he says he’ll be doing more promotion for it in the coming days.


In the meantime, the Mau Mau Freedom Fighter requires its own resurrection. It seems like the least we can do to commemorate Kenyan heroes, both the cultural one, Samwel Wanjau, and the political ones, the anti-colonial Mau Mau Freedom fighters.


Posted by Margaretta wa Gacheru at 10:34