What better way to celebrate the Easter season than by attending the award-winning musical ‘Jesus Christ Superstar’.


It’s been years since Nairobi had the chance to watch Andrew Lloyd Webber’s modern musical classic. But be assured that even if someone saw it years back, the upcoming rendition opening April 7th and running through April 17th at Kenya National Theatre will be a show that’s dazzlingly different.


One reason is the current star-studded all-Kenyan cast (who might not have born the last time JCS was staged) includes seasoned professionals like Dan Aceda as Jesus, Mugambi Nthiga as Judas and Mkamzee Mwatela playing Herod!


Mary Magdalene’s role is being played by a relative newcomer to the music scene, Miriam Nyokabi. And practically all the rest of the cast are students at the Performing Arts Studio (PAS) which was opened less than a year ago in October but already has more than 80 students.


Stuart Nash, the show’s producer and director is also the founder of PAS. No stranger to Nairobi’s theatre scene, Stuart initially was called to Kenya in 2014 to direct the musical ‘Oliver’ for the Potterhouse School. 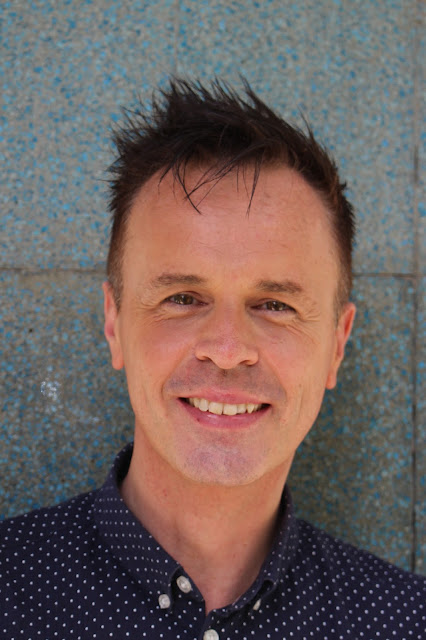 He went on to direct ‘Joseph and the Amazing Technicolored Dream Coat’ for Potterhouse the following year, and ‘Annie’ less than a year ago.


But now he’s got an even more fulfilling partnership with the Kenya National Theatre and its umbrella organization, Kenya Cultural Centre.


“We agreed I would stage three shows a year [for KCC] while KCC would give me and the Studio a venue for rehearsing, performing and even operating the Studio,” says the life-long thespian.


“I was performing on the West End [of London] in Oliver at age 9,” Nash recalls, noting his mother placed him in a performing arts school for both primary and secondary school training. As a consequence, he’s acted in countless West End and Fridge productions, everything from ‘City of Angels’ and ‘Sweeney Todd’ to the ‘Rocky Horror Show’ and ‘Martin Guerre’.


Nash is also an acclaimed composer of orchestral music, including the world premiere musical score for the stage production of Brideshead Revisited and Wuthering Heights.


Surprisingly, he had never directed before he arrived in Kenya, but that didn’t matter to Potterhouse people since his reputation as a West End actor had preceded him. “I’d never actually studied directing [from an academic perspective],” he says modestly. But he worked for years with world-class directors, which clearly qualified him to not only produce and direct shows, but also to start his own drama school.


At the same time, Nash works closely with KCC’s CEO Edwin Gichangi and with Kenyatta University’s Theatre & Film Department Chair John Mugubi. Plus as he arrived in Kenya just in time to remember the 400th anniversary since William Shakespeare’s birth, he was invited to liaise with the British Council to help them produce and direct the show meant to celebrate four centuries since the British Bard’s death.


Noting that most of the cast of JCS are between 20 and 30, Nash said that’s about the same age range of most of the 25 members of the Kenya National Youth Orchestra which is busy rehearsing Webber’s marvelous musical score.


One of the brightest long-term benefits of Nash being here with his professional shows and Performing Arts Studio is that he’s bound to help revive the public’s interest in the National Theatre and also offer fresh new opportunities for Kenyan youth to study and star in shows in days to come.

Posted by Margaretta wa Gacheru at 07:58