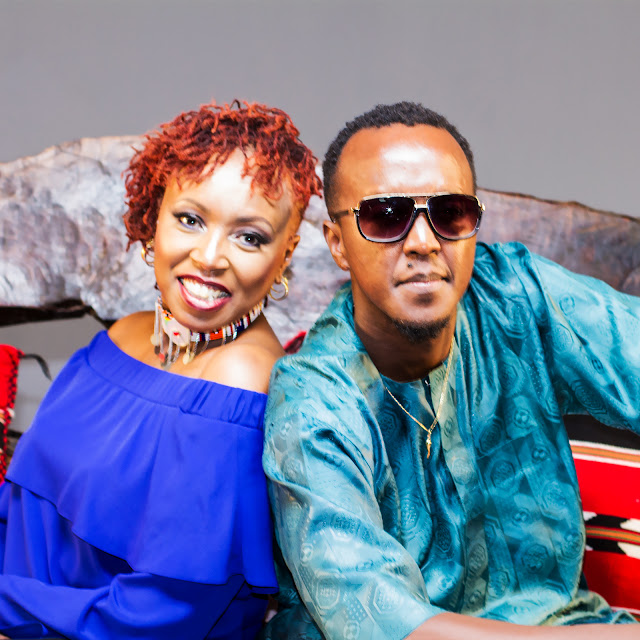 Nyota Ndogo performed to an adoring crowd last weekend at the Koroga Music Festival at the Nairobi Arboretum.


Produced on Suzanne’s music label, Sub Sahara, the album features some of Kenya’s most popular musicians, including everyone from Afro-Fusion artist Wyre (who sings ‘Kondo Gakwe’ with Suzanne), Eric Wainaina, June Gachui, Abbi and Peter Odera to Ian Mbugua, Mumbi Kaigwa, Bwana Ngoma and Nyota Ndogo among others.


On the album, they’ll all be singing original compositions by Suzanne, many of which have been award-winning hits over the four decades since this pioneering artist began making music.


Many of the artists on the album will also be at the Carnivore tomorrow night. They’ll be there both to sing and to support this iconic woman who assembled her classic anniversary album with ‘a little help from [her] friends’ to paraphrase the well-known Beatles’ refrain.


In advance of ZinnaZiki All-stars Volume 1’s release, Suzanne and Wyre launched their YouTube music video as a way of whetting the public’s appetite for the album.


In fact, Suzanne has been out of the public limelight for nearly a decade, She’s been living abroad with her diplomat-husband, Richard Opembe who is currently Kenya’s Ambassador to Ireland.


But according to musicians like Nyota Ndogo (aka Mwanaisha Abdallah Mohamed), Suzanne’s trail-blazing role in advancing Kenya’s music scene makes her a ‘living legend’ and a ‘role model’ who cannot easily be forgotten.


Wyre himself says he grew up listening to her music. “She was an early inspiration to me and many others in the music industry. That’s why I was excited to collaborate with her on the remix of Kondo Gakwe,” he said. It’s a sentiment shared by virtually all the artists on the album.


Nyota Ndogo, who’ll be singing Suzanne’s hit single ‘Nipe Nikupe’ tomorrow night, recalls the way she used to watch Suzanne on TV while she was still working as a housegirl in Mombasa.


“I wanted to be just like her,” confessed  Mwanaisha.


“I used to take a pencil and pretend it was a microphone. Then I’d sing along with her karaoke-style,” she added.


After the British music producer, Andrew ‘Madeba’ Busnell ‘discovered’ Mwanaisha’s musical talent and produced her first album, he brought her to Nairobi to perform at a music concert. That was when she first met Suzanne.


“I told her how she’d inspired me and how much I loved her music,” she said.


Ever since then, Mwanaisha said just the mention of Suzanne opened musical doors for her. She’s been indebted to her ever since.


So the opportunity to be on Suzanne’s 40th anniversary album is an honor for Nyota Ndogo, and all the other musicians on the remix.


‘Suzanne already has the musical line up for Volume 2 of ZinnaZiki All-Stars,” said Sarah Franklyn, a fellow musician who met Suzanne in Dublin and has been promoting the album ever since.


“Volume II should be out later this year and it will feature Eric Wainaina, June Gachui and Juma as well as the late Achieng Abura,” she added.

Posted by Margaretta wa Gacheru at 07:36