If fashion photographers are few in Kenya, then there’s at least one who’s moving up and out so fast that she needs to be noted and acknowledged now among her fellow Kenyans before she takes off to do photo-shoots of ‘haute couture’ in Milan, London, Paris or New York. 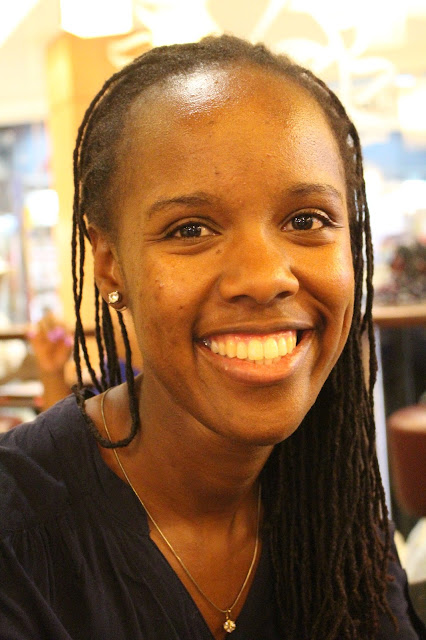 Thandiwe Muriu may not yet be a ‘household name’ the same way as local artists like Eric Wainaina and Sauti Sol are. But it won’t be long before she’s more widely known, especially among her own generation of globalized Kenyan youth in their twenties and early thirties.


For Thandiwe is only 26 and yet she’s already in high demand among the country’s up and coming fashion designers and ‘fashionista’ trend-setters.


It’s hard to believe Thandiwe’s been a professional photographer for the last ten years. But it’s no wonder once you know she started to play with her father’s Nikon camera when she was barely out of a baby cradle. Her father did photography as a hobby, and didn’t mind showing his little girl how to hold his camera and even how to snap shots of any and everything.


She says she’s been doing that ever since.


All through primary and secondary school, she was snapping photographs whenever she had a moment. And once she opened a Facebook account, she started posting her best images there.


It was through her Facebook page that she gained the public’s attention, and by 16, she got a call to do a commission from someone who’d been following her posted photos and liked them so much that he gave her a job.


“I didn’t have a clue how to value my work or how much to charge, but I ended up getting Sh3000, which I was really happy about,” Thandiwe told Business Daily when we met in Yaya Centre, just around the corner from her studio.


From that point on, her destiny was sealed and she was told she now qualified to be considered a ‘professional.’


But my first encounter with Thandiwe was at an art exhibition curated by The Art Space’s Wambui Kamiru-Collymore. The show just closed at the Lord Erroll Restaurant, but in a sense, this was rather like a ‘coming out’ show for her, but not so much as a professional fashion photographer but as a funky and fascinating contemporary Kenyan artist.


Sharing the ground floor walls of the Runda-based restaurant (which is quickly becoming a showcase for ‘pop-up’ art exhibitions), Thandiwe’s brightly colored images were hung side by side of one other funky photographer, Osborne Macharia and two young award-winning artists, Elias Mungor’a and Aron Buroya, both of whose art has won recognition and a bit of cash at annual Manjano County Art competitions.


What makes her photos feel more like slightly surreal art rather than photography is the way she blends color and design with a beautiful face which, despite being subtly concealed behind sun-protecting shades, seems to be looking at you so directly, so boldly that her look seems to demand that you look right back.


At Lord Erroll, Thandiwe’s photos were too few, only about four. Even so, they were captivating and confirmed that this young woman has an eye not only for fashion but for creative expression which is bound to take her places she is soon to discover.

Posted by Margaretta wa Gacheru at 10:16