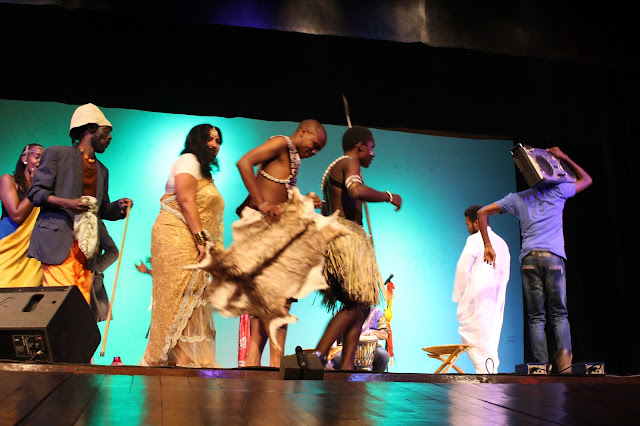 International Women’s Day came and went this past Wednesday March 8th with only one theatre company, the Nyef Nyef Storytellers, taking note of African women artists’ immense contribution to the arts. That was last weekend when they restaged ‘A White Wedding’ at the PanAfric Hotel; and once again, the troupe (made up of Muthoni Garland, Wambui Mwangi, Maimouna Jallow and Tetu Burugu aka Neno Kali) gave a sterling performance. 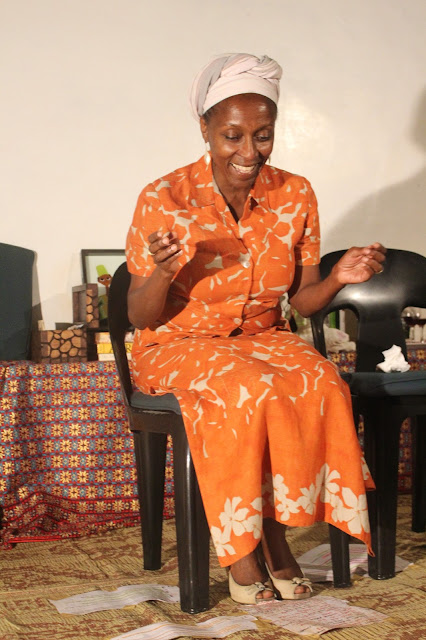 Women’s Day will also be amplified March 15th when Mumbi Kaigwa brings back Eve Ensler’s ‘Vagina Monologues’ to the Nairobi stage, this time to Kenya National Theatre. Mumbi made waves when she first staged the Monologues more than 10 years ago. She shocked and amazed many, but she and her team gave a brilliant performance. We expect no less when she brings a troupe of marvelous actresses to KNT next Wednesday night, including Aleya Kassam who both MCed the official opening of the Jalada Mobile Literary and Arts Festival; she also performed part of Ngugi wa Thiong'o's Upright Revolution in Gujarati. 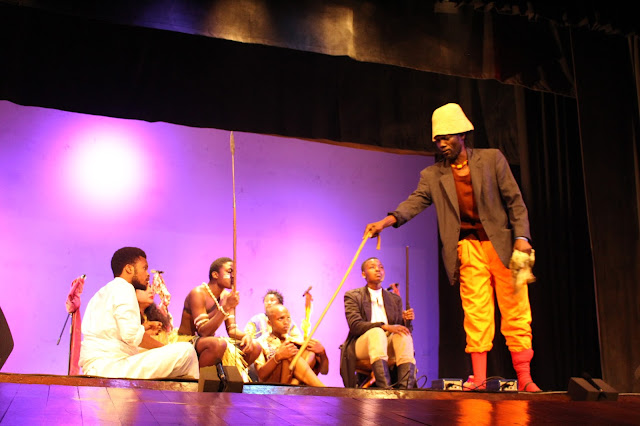 Meanwhile, the big news this past weekend was the launching of the Jalada Mobile Literary and Arts Festival and Bus Tour. Organized over the last year by the Jalada African Writers Collective, the Festival started off Friday morning with a series of writers’ workshops and Master classes. Each was aimed at fulfilling one of Jalada’s main aims—that of inspiring and identifying new African writers who will challenge and change the stereotypic narrative about the region. 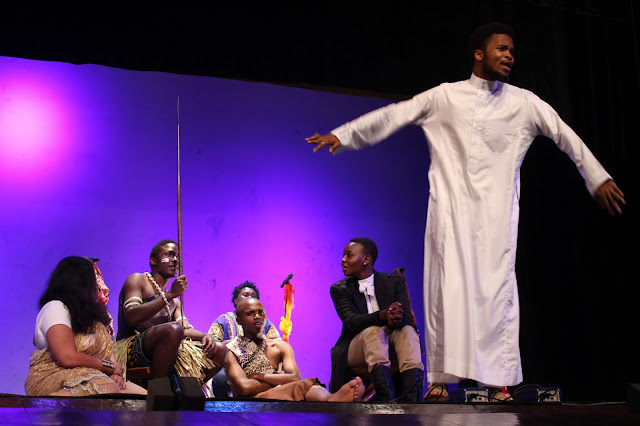 Similar workshops will take place in all 12 cities (in five countries) where the Jalada Bus will go this month. Right now, the Festival is underway in either Nakuru or Kisumu, after which it will head to Kampala and Kabale in Uganda. After that, they’ll visit Kigali in Rwanda and Goma in the Democratic Republic of Congo. Then swinging back into Tanzania, the Festival will be staged in Mwanza, Arusha, Dar es Salam and Zanzibar. And finally, before they head back home, they’ll celebrate the diversity of African cultures in Mombasa. 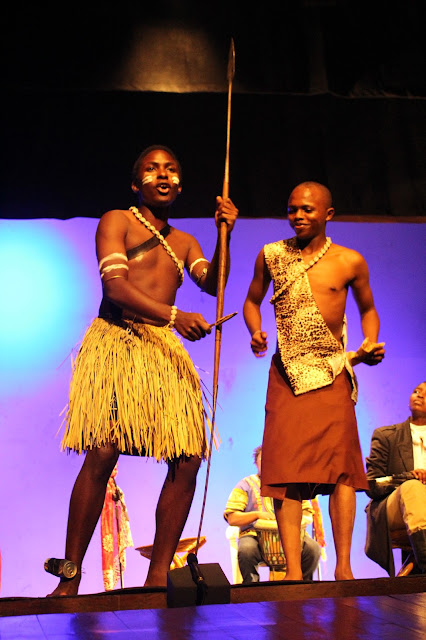 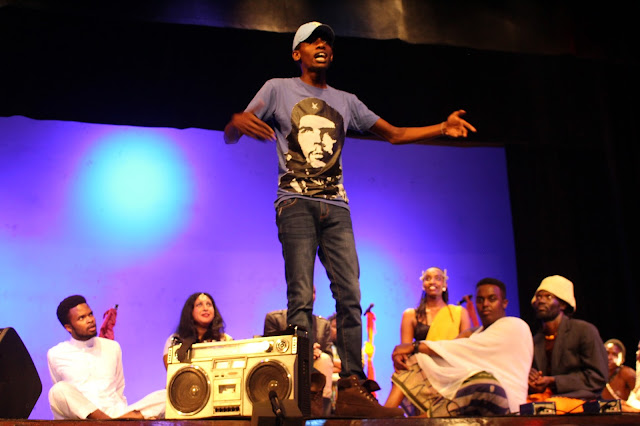 In each town, Jalada will liaise with local creatives and literary groups so that the Festival will be grounded in the local issues, ideas, artistry and social trends.


Within the Nairobi context, that first Friday night of the Festival saw an audience packed into the Goethe Institute. So large was the crowd coming in that Security guards had to turn people away. Those who remained took part in two thought-provoking panels, one on the pros and cons of vernacular radio channels (which now number more than 25), especially in light of the upcoming General Election. 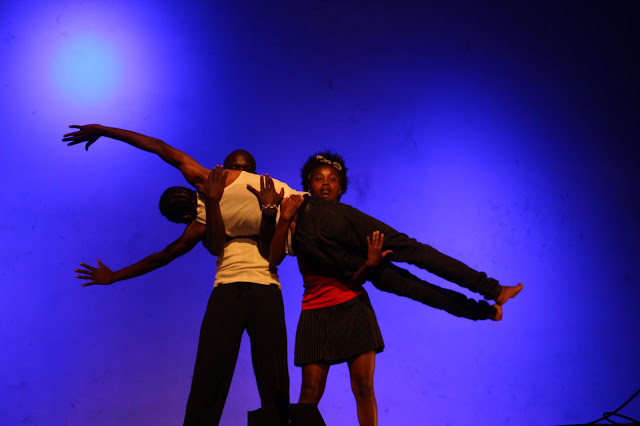 The other was on Kenya’s own Benga Music. Its history was given by Ketubul’s Bill Odidi and stories about its practice were shared by the Afro-fusion singer, Dan Aceda whose love for Benga got him spontaneously breaking into song making a persuasive appeal for the Benga beat.


In between the two was a grisly performance of ‘We Won’t Forget’. Alluding to the Post-election violence of 2007-8, the group fulfilled another one of Jalada’s goals, to tell stories using a variety of art forms. In their case, they mixed contemporary dance, spoken word poetry and storytelling. 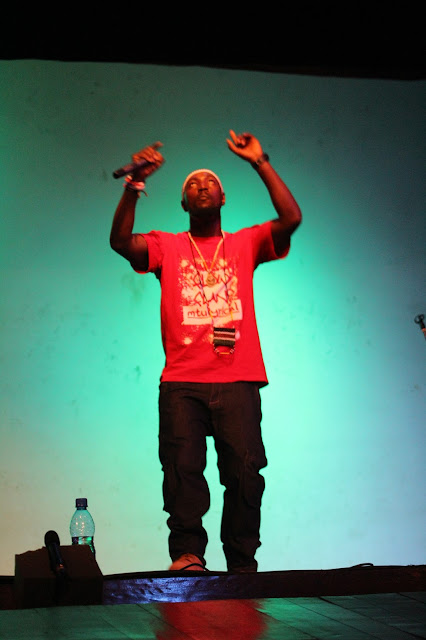 Saturday again featured Master classes for young writers; but the evening started off as a fiasco. The two-hour wait for the official Festival launch to take off was excruciating.


But when it finally did, Aleya Kassam and Anne Moraa served as Mistresses of Ceremony, combining literary readings with the introduction of spoken word poets like Dolphin and Flow Fulani, the sweet singer and Orutu player Labdi Ommes, and the headliner of the night, a multilingual performance of Ngugi wa Thiong’o’s ‘The Upright Revolution’. It’s a fable that inspired more than 50 different translations, all of which are up on Jalada’s website. 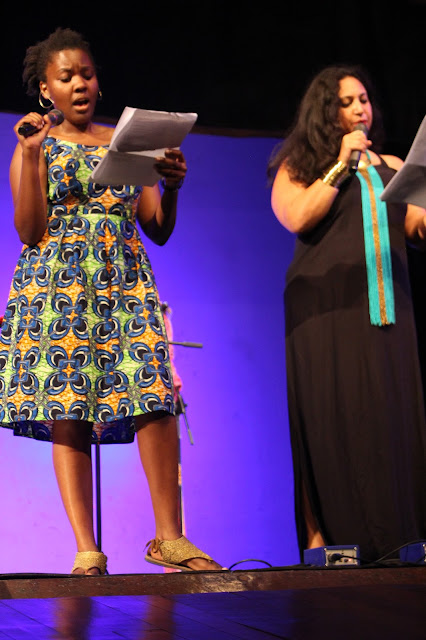 At the National Theatre, Ngugi’s seemingly simple children’s story was charmingly performed in eight languages: Swahili, Sheng, English, Dholuo, Somali, Gujarati and Kinarwandese. And just as Ngugi’s short story made melodious sense several months back when Jalada staged it at PAWA254’s Mageuzo Theatre, so the actors gave what felt like a Pentecostal performance when everyone seemed to understand one another’s mother tongue.


Finally, on Sunday, it was a challenge to find Jalada’s Street Poetry since the Aga Khan Walk is one of the most congested venues on a Sunday afternoon. But once the street poets got going, they commanded the sidewalk irrespective of the skaters, hawkers, shoppers and sun bathers.


Finally, Heartstrings Entertainment is currently staging ‘Don’t Disturb’ at Alliance Francaise this weekend. At the same time, at Louis Leakey Auditorium, the Festival of Creative Arts is performing in ‘Tit for Tat’. Both shows promise lots of laughs.


Posted by Margaretta wa Gacheru at 04:29