A GARDENER’S LOVE OF THE LAND 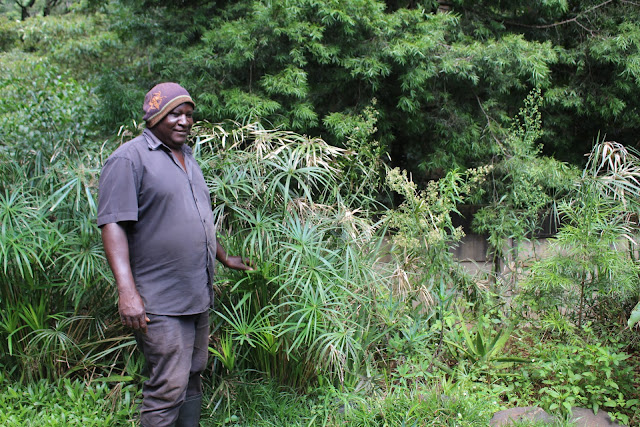 Joseph Mwendala at work with his aloes

Joseph Mwendala had been tending the grounds in New Muthaiga long before the present owners moved in.
“They invited me to stay on since I knew the garden like the back of my hand,” says the gardener who’s been based on that 1.3 acres of lush green land for more than 20 years. 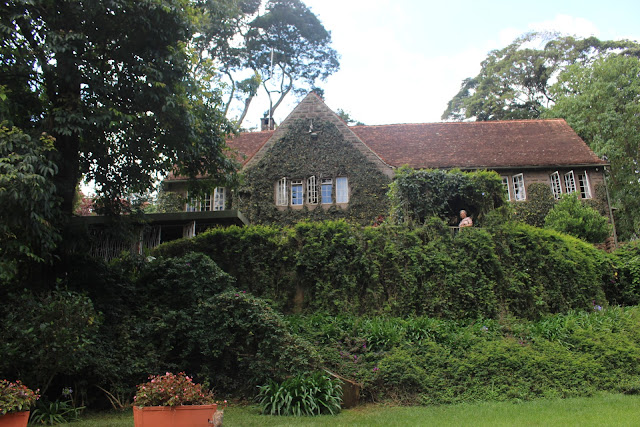 “They especially wanted me to help them clean up the rubbish that the previous owners had dumped behind the tall stone wall they had built to hide their trash,” Mwendala says.
There is good reason why this gardener didn’t want to leave when the previous owners did. It wasn’t just the pride he felt in tending a beautiful garden that he was largely left to plant as he wished. It was also the amazing location of the grounds.
“The house and grounds look out on the Karura Forest,” he says, pointing over the tall palms, podos, pines, bombax and Cyprus trees to where I could see Karura in the distance.
It was a windy day so the trees were swishing and swaying like young girls doing a graceful dance. 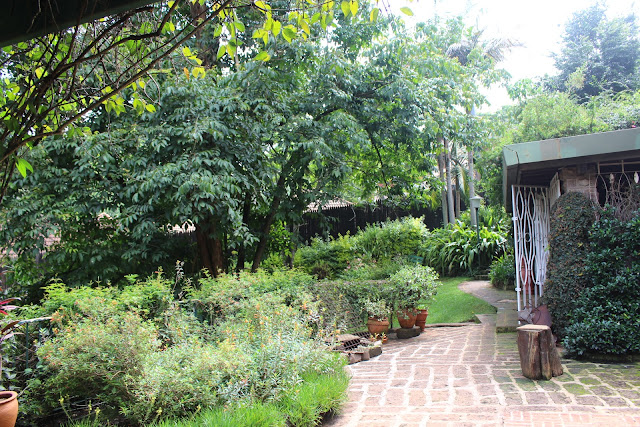 “And the river below, which is as far as the Bwana’s land extends, is the Kitisuru which I’m told has its source up in the Aberdares,” Mwendala says, noting how the river seems to sing in time with the trees.
What he doesn’t say is that there are essentially two gardens he has tended since the new owners arrived. Separated by the tall wall, the steep ground going down to the river’s edge had first to be cleared of debris, leaving seriously eroded ground which the Bwana had to replenish with rich top soil.
“He hired a landscape [architect] who helped me uproot most of the [exotic] trees and re-plant indigenous ones,” says the gardener who explains how the landscaper had created terraces all the way down to the river to ensure no more topsoil was lost.
In all, the process of reclaiming the land took about four years, but Mwendala says it was worth it. He doesn’t have to do much on that side of the wall anymore. “We more or less let it grow wild,” he says. 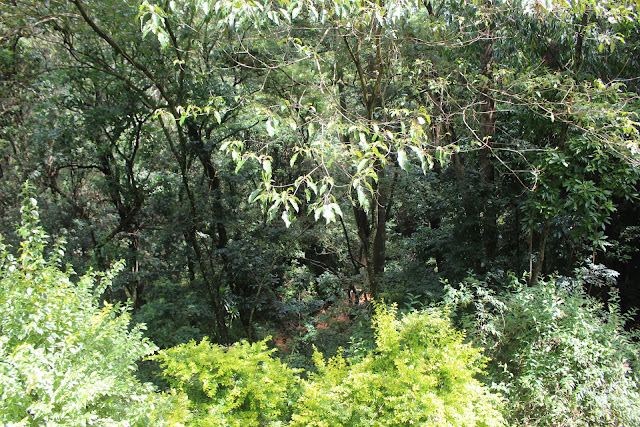 A view of Kitisuru River through the bush

Noting that the Bwana insisted on keeping several exotic trees in the backyard bush, Mwendala says his favorite exotic plant is the ‘Queen of the Night’. Also known as the Orchid Cactus, he says she lets off a wonderful Jasmine-like fragrance in the evenings that he loves to smell.
And because human beings now spend very little time in the yard leading down to the river, those trees and shrubs are now home to whole colonies of monkeys, both Colobus and Sykes. Mwendala says they don’t seem to bother the new owners who remember Professor Wangari Maathai fondly. 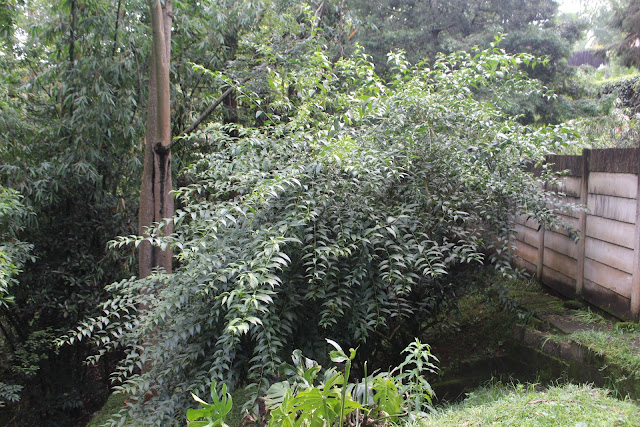 'Queen of the Night' lets off Jasmine-like fragrance in evenings

“It’s thanks to her that Karura Forest still exists,” he says, noting that his bosses are also environmentalists who have played their part in cleaning up and re-foresting the land adjacent to Karura.
In addition to monkeys, Mwendala says he also sees lots of birds in his bushy neighborhood. “I’ve seen owls and sunbirds and I believe we are also a breeding ground for birds of prey,” he adds.
The Gardener also believes they have bats and moths, both of which come out at night. The bats come out in search of food while the moths come to pollinate one particular cactus flower that grows just on the other side of the wall. 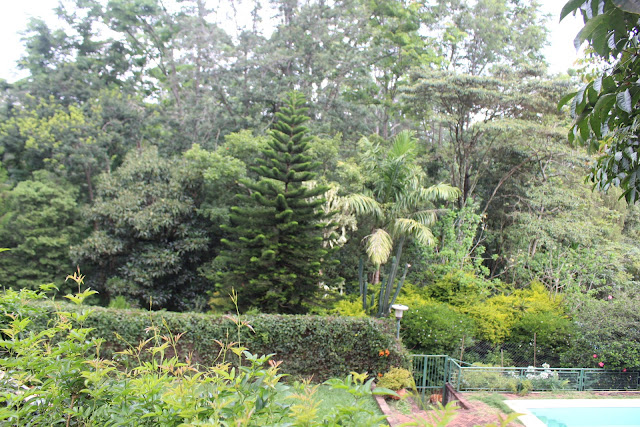 “We have lots of succulents on the higher side of the wall,” Mwendala says, noting he’s had to plant several assorted gardens on the ground leading up to the Bwana’s magnificent ivy-covered stone house. “We have planted a rose garden on the far end of the land. We also planted an herb garden right near the kitchen where we grow at least 15 different herbs.” 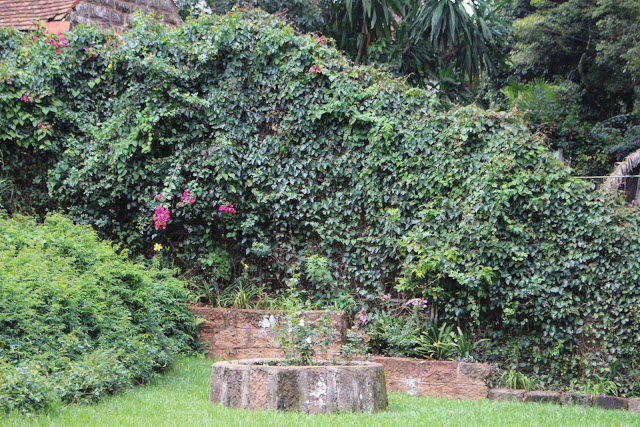 Then at the entrance just next to the steep driveway leading down to the cobble-stoned terrace are an assortment of magnificent trees. “There’s an avocado, mango, orange and even a loquat tree,” he notes, adding that the old Croton tree in the front yard was there even before he came to work in New Muthaiga.
Before I leave, the Gardener wants to ensure that I understand he works a lot harder than he has let on. For he also looks after the monstera, anthurium, aloes and a slew of plants whose names he only knows in Kikamba. I’m in no doubt, Mwendala’s a hard-working man. 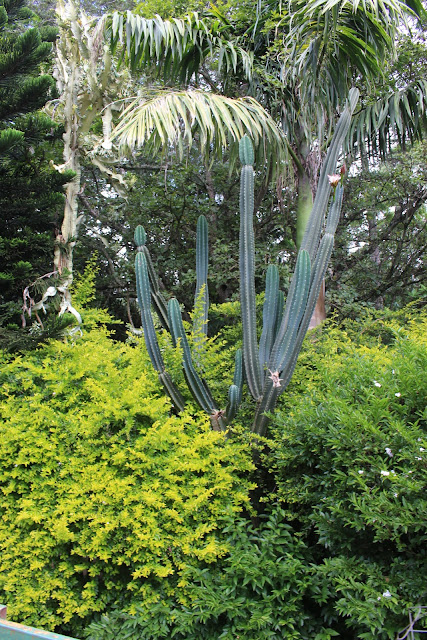 The cactus flower pollinated by moths

Posted by Margaretta wa Gacheru at 05:23