Kenyan artists often get asked to donate their artworks for more so-called ‘worthy causes’ than they can count. They get asked to give their art to raise funds for everything from refugees and political prisoners to causes fighting such evils as corruption, FMG and violence against women generally.
Many have grown weary of simply giving their artwork away. Others genuinely appreciate having their art associated with initiatives like Artists for Africa (A4A) which aims to change young Kenyans’ lives through their exposure to the sorts of artistic activities that A4A supports and which are run through the Dance Centre Kenya. 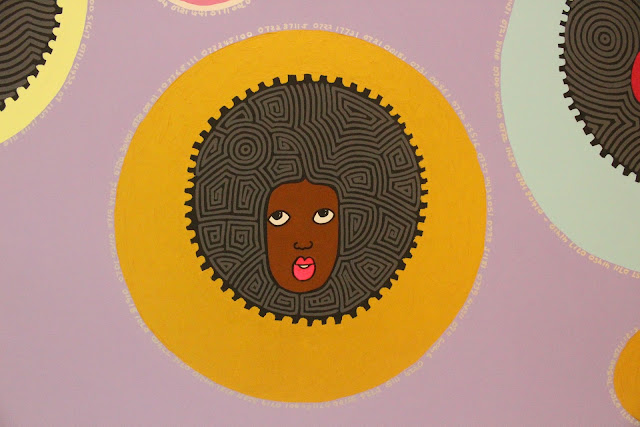 Those activities include training in dance, theatre, visual art and creative writing among others, according to Cooper Rust who founded A4A specifically to raise funds to partially cover the costs of training children from low-income communities in Nairobi.
“I donated [three artworks] because I felt Artists for Africa was worth supporting,” says ‘junk artist’ Evans Ngure. “I understand it’s all about helping up-and-coming artists get opportunities they otherwise wouldn’t get,” adds Ngure, a Kenyatta University graduate in Fine Art who recently had an exhibition at Village Market with Niketa Fazel and Milena Weichelt.
“Both Niketa and Milena contributed paintings to the Artists for Africa initiative,” says Leena Shah, another Kenyan artist who donated several of her original paintings to A4A. 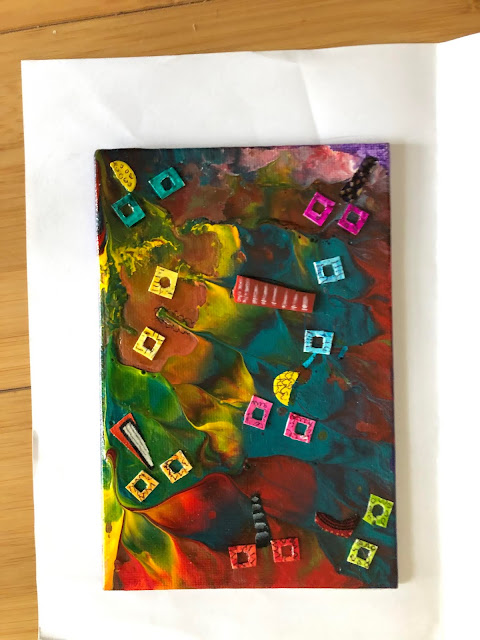 Leena Shah curated and painted for the postcard art exhibition

In fact, it was Leena who took it upon herself to contact artists from all over Nairobi, inviting them to participate in the Third annual Postcard Art for Africa event being held next week to raise funds for young Kenyans who have been coming from ‘informal settlements’ like Kibera, Mathare and Korogocho since 2015 when the Dance Centre Kenya was first formed.
“I went around to places like the Kuona Artists Collective and Kobo Trust and told my fellow artists about the postcard art project and the arts training that young Kenyans are getting with the support of Artists for Africa,” Leena says.
The idea was for them to create miniature pieces the size of postcards that could be sold for a minimum of USD65 each. 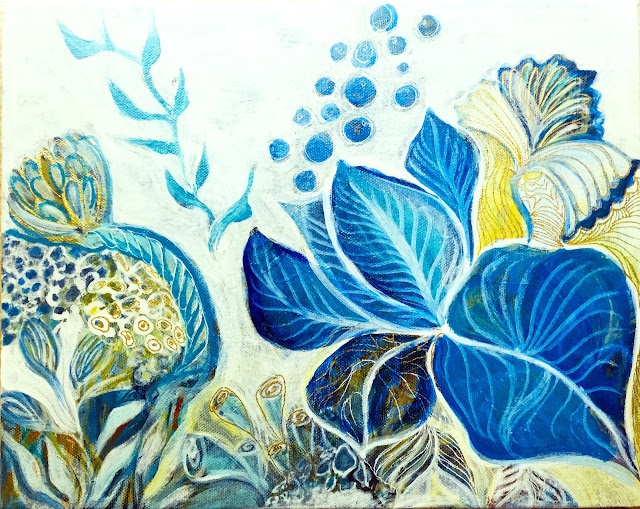 Last year, Cooper says the Second Postcard Art for Africa event raised more than USD24,000 (KSh2,400,000) for children’s art programs in Africa.
“With the momentum gained from last year’s success, we are challenging ourselves and our community by setting a goal of over $30,000 for the children we serve,” says Cooper who, as artistic director of DCK, also home tutors a number of her dance students who she subsequently sends for dance seminars and summers in South Caroline where she is originally from.
She has also provided home schooling for the promising young dancer, Joel Kioko who was 15 at the time and from a low-income suburb of Karen. Joel was subsequently able to train in South Carolina after which he went to London. He is currently in the UK studying at the English National Ballet School. Still in his teens, Joel is also dancing occasionally with the English National Ballet.
Joel is one of many young Kenyans whose lives have been transformed through their training with DCK. Others have gone on to study at the University of South Carolina and elsewhere overseas. 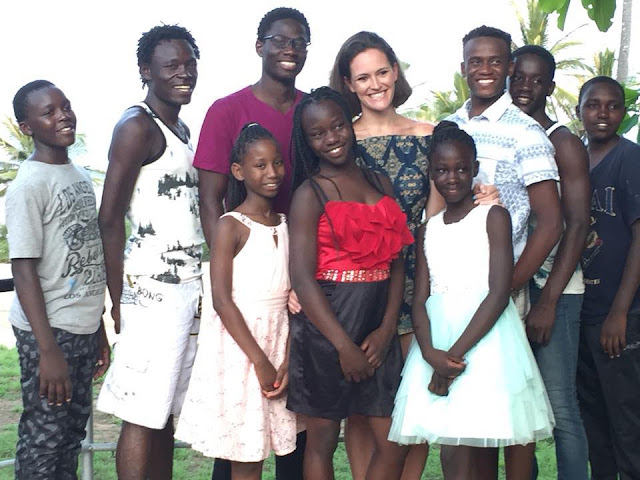 Leena’s daughter Rani is not a scholarship student but she has studied with Cooper since her family first came to Kenya when she was seven years old. Now she is 13.
“Through Rani, Cooper knew that I was an artist and could help her link up with local artists, which I have done,” says Leena who gave stretched canvas the size of a postcard (4 by 6 inches) to more than 30 artists, nearly all of whom returned the canvases to her painted either in acrylics, oils or mixed media. Only Meshack Oiro chose to give her one of his original sculptures instead of a painting.
Other artists who have contributed to the Postcard Art for Africa include Michael Soi, Nadia Wamunyu, Kamal Shah, Onyis Martin, Bindu Lakha, Lemek Tompoika, Fred Abuga, John Silver Kimani and Mary Ogembo among others. 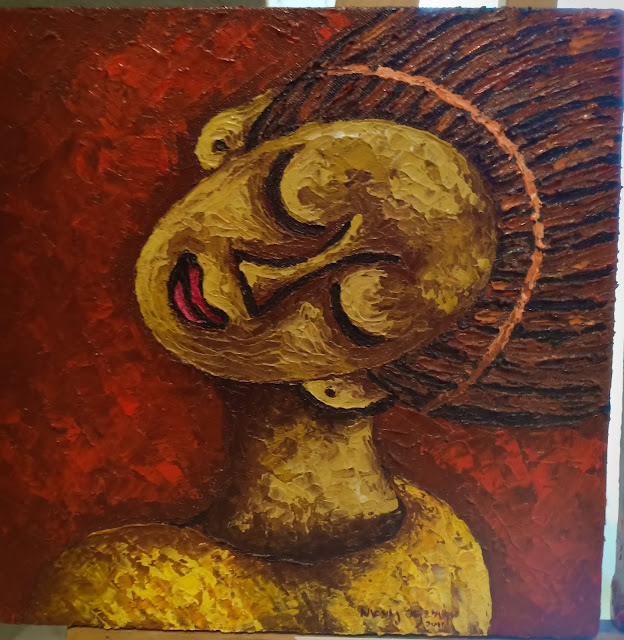 The fundraising event will take place February 20th at 6pm at the Embassy Suites in Cooper’s hometown of Columbia, South Carolina.
The range of artworks is immense including everything from mixed media ‘junk art’ and abstract expressionism to works featuring wildlife and surrealism. Leena also acquired several paintings from American artists who she met while recently attending an art workshop in Paris, France.
In all, over 70 artworks will be up for sale at A4A’s Postcard Art for Africa event.

Posted by Margaretta wa Gacheru at 03:09