ANTHONY OKELLO'S BLACK TIE AFFAIR AT ONE OFF GALLERY 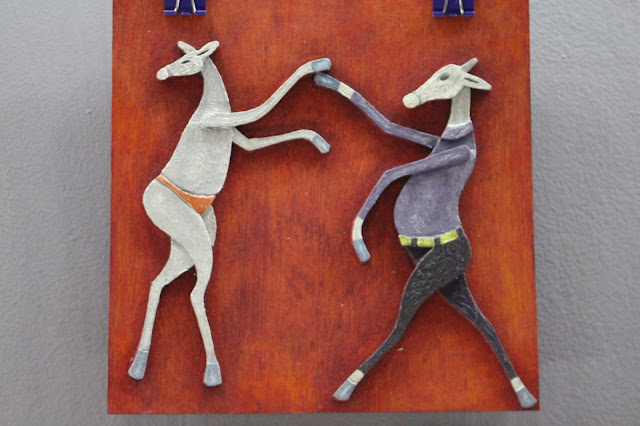 Anthony Okello’s art never fails to amuse or to arouse suspicions that he’s sending an oh-so-subtle message concealed in paintings that has immense visual appeal. His current exhibition at One Off Gallery fulfills both those expectations.


Okello hasn’t had a one-man show for quite some time. So this one was ‘highly anticipated’ by fans who’ve been curious what style of presentation he would make this time. 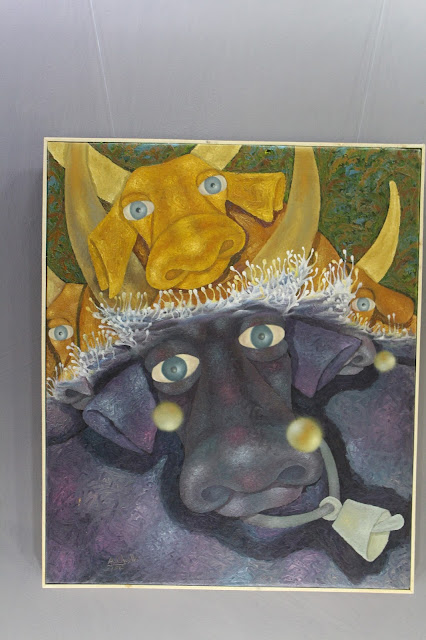 Calling his exhibition “Black Tie Affair” the title refers to miniature works displayed in one corner of the Gallery which serve as a sort of visual sequel to a previous solo show entitled ‘Class of 2012’. That ‘class’ had been filled with politicians who campaigned prior to the 2013 general elections.


So the ‘black tie’ apparently alludes to ‘class’ members who won in 2013 and now fraternize with fellow ‘black tie’ elites who apparently entertain lavishly, far-removed from their humble constituents. At first glance, his paintings seem simply playful and innocent. That corner is filled as all sorts of animals (from turtles, roosters and donkeys to fish including a sea horse dressed in a full-length fancy orange gown). They’re all dressed up like party people in fancy dress, such that Okello’s works seem shaded with Orwellian ‘Animal Farm’-like ideas. His ‘cut-out’ paper paintings actually have more of a satirical and even allegorical edge to them. 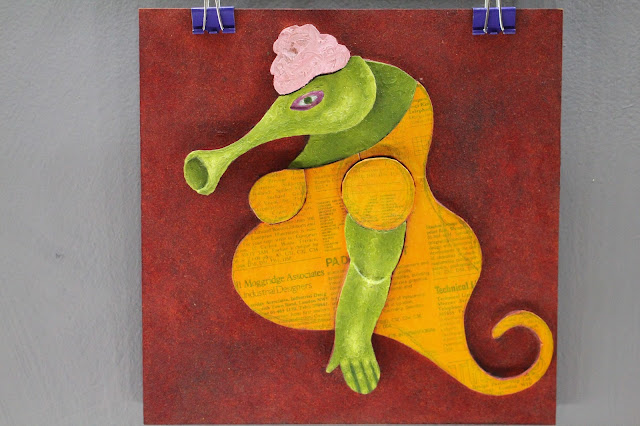 But then the rest of the gallery is filled with ‘portraits; of people which he calls ‘Mug Shots.’ And again, they are attractive faces have a vaguely cartoonish quality to them. But then again on second glance one sees perpendicular lines drawn around or across their faces.


Those lines would’ve remained a mystery, but for the fact of Okello speaking to ‘Business Daily’ and explaining they reference 20th history. 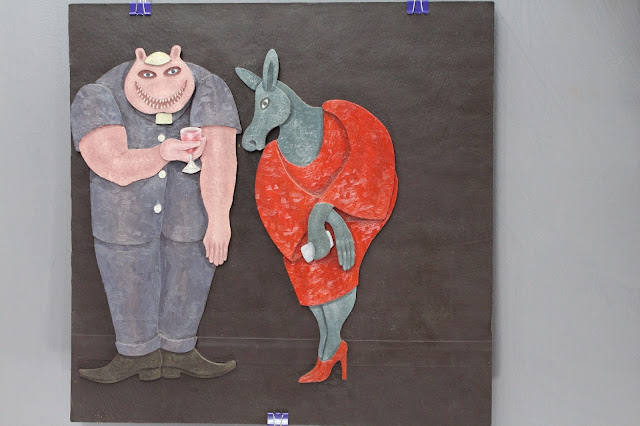 “During the Nazi era, people’s faces used to be measured to determine if they were Jews or Gentiles,” the artist said. “They’d measure the shape and size of noses and other facial features, so those lines would determine people’s fate. 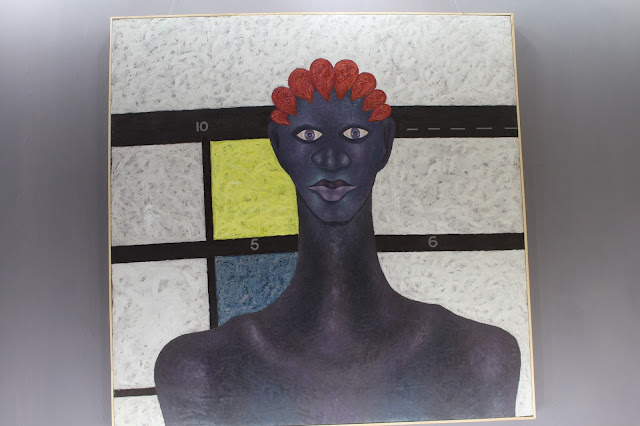 There’s just one painting at One Off that doesn’t have a subliminal message to it. Instead, ‘Me & Water-A Study’ has a cultural connotation related to a series of extraordinary paintings on indigenous Luo folklore that Okello created several years ago. The painting only suggests the magnificence of the massive multi-metered work which (fortunately or unfortunately) was sold and shipped abroad so this piece is a gem suggestive of the genius Okello’s art shows. 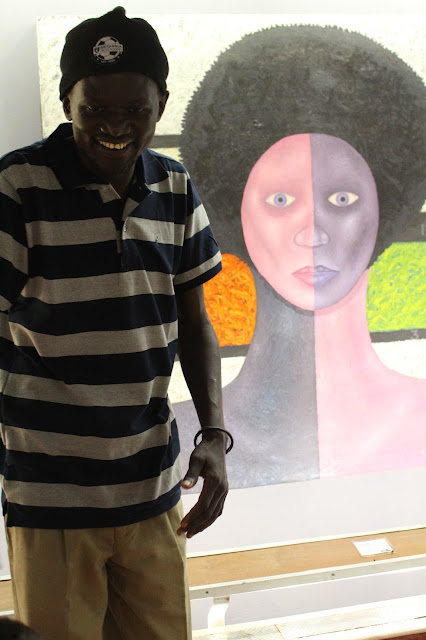 Posted by Margaretta wa Gacheru at 08:30