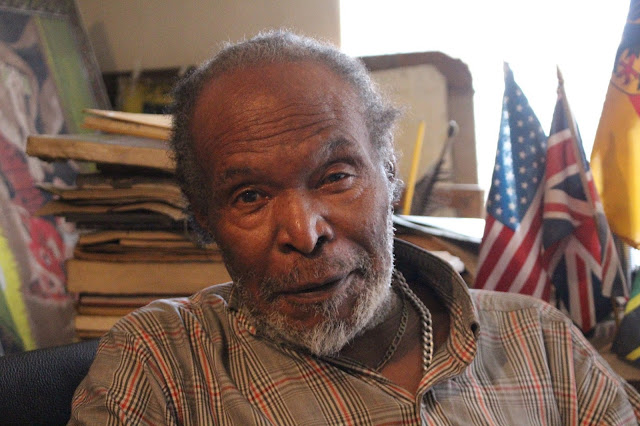 The precarious life of a Kenyan artist was unceremoniously exposed early this week when Jak Katarikawe’s landlord alerted one of Jak’s friends by text that auctioneers were coming Tuesday morning early to cart all of Jak’s possessions, including his art, away. 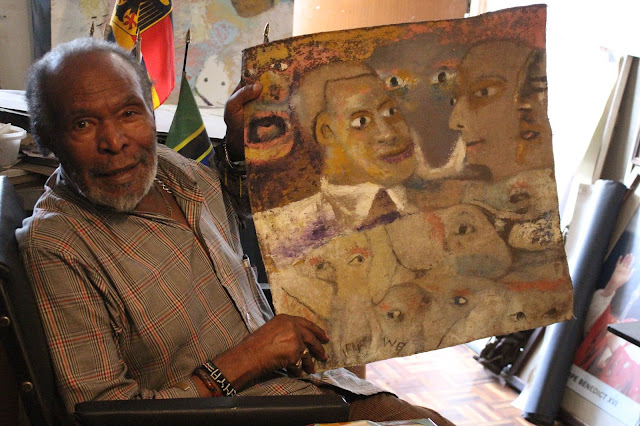 The reason Shallow Management was taking such drastic action was due to the rent arrears that one of East Africa’s most acclaimed artist owed.


“No, we won’t give him until the end of the week,” Mr Wachira told The Daily Nation. “We informed him he had to pay up and we’ve already given him more than one extension, so this is it,” he added. 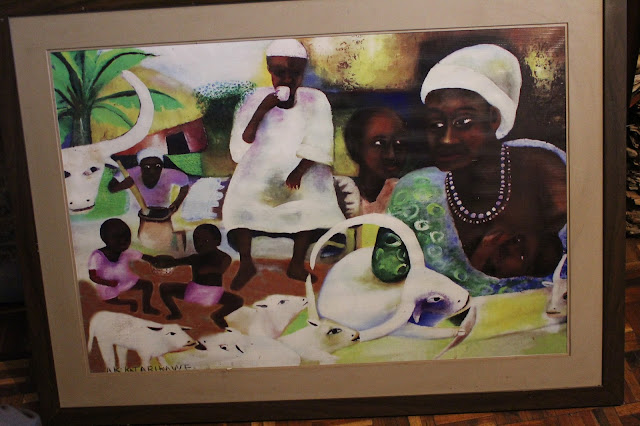 The landlord clearly didn’t care that Jak would have nowhere to go, nor that his tenant (a painter whose art hangs in museums and private homes all over the world) could barely walk, having arthritis in his legs. Instead, he said Jak would have to pay for the auctioneers’ transport costs as well as their labor charges. Furthermore, Jak wouldn’t be allowed to leave his Shallow flat until he paid all those bills.


But the landlord was shrewd to contact Alan Donovan, the friend of Jak‘s who first heard about the dire straits the artist was in. If anyone could get Jak out of hock, it was the curator of the Nairobi Gallery who had actually exhibited Jak’s art in the past. 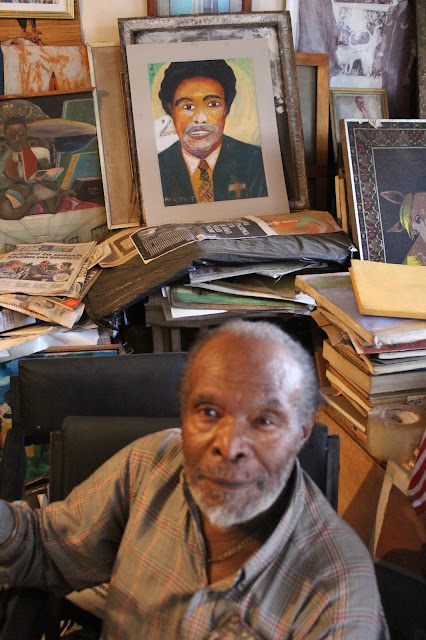 “If we could just sell one of his paintings, we could cover the arrears,” noted Donovan who knew that several of Jak’s best remaining artworks were at Nairobi Gallery (the old Provincial Commissioner’s stone offices next door to Nyayo House). But who was in a position to buy a Katarikawe painting, especially as one could conceivable sell for several million shillings?


This wasn’t the first time Jak had a problem managing his finances. Years ago, after coming to Kenya from Kampala where his artistic talents had been ‘discovered’ by Dr. David Cooke, (the Makerere University professor who’d hired Jak to drive his car), Jak had lived humbly and within his meager means. 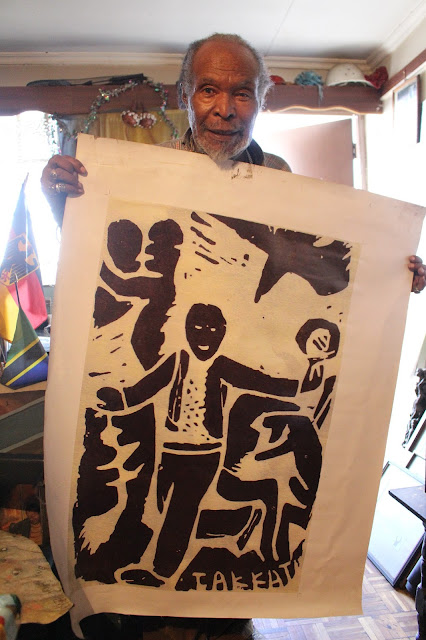 He’d set up a sleep-in art studio for himself in the Princess Hotel on Tom Mboya Street. But once he met the late Ruth Schaffner of Gallery Watatu, Ruth moved him over to the Norfolk Towers “for security’s sake”. After she died, Jak had a similar problem with rent arrears, but he was fortunate back then that friends came to his aid and helped him move to his relatively less expensive Shallow apartment.


Jak’s problems largely relate to his paucity of financial acumen. He’d never learned to manage money, especially how to handle the millions of shillings that his art once garnered. Unfortunately, Ruth hadn’t helped in this regard. Instead, she paid his rent with the money he’d earned from his fabulous art sales. She also gave him pocket money whenever he asked, but she never showed him how to invest or even how to open a bank account. 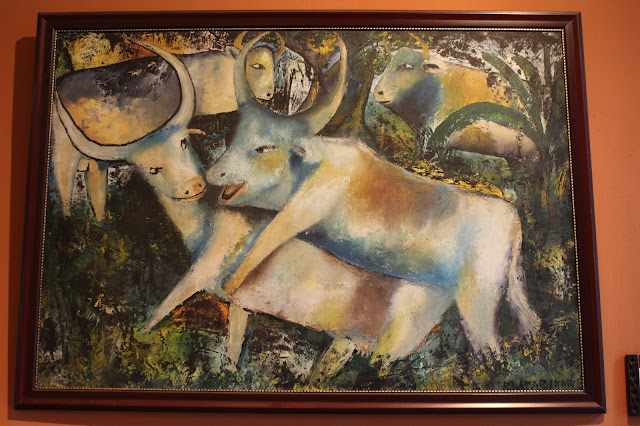 One can’t entirely blame Ruth for what has been called Jak’s ‘donor dependency’. It’s a condition he suffers from due in part to his illiteracy. Back home in Kigezi, Uganda, he’d been the last born in a polygamous home where his father was old and disinterested in paying more school fees. But Jak was also encouraged to believe in European benefactors to take care of him, especially as he painted lovely pictures and always told fabulous stories to accompany his art.


The ex-patriate fans of Jak’s art may not have meant to infantilize the artist, but unfortunately they did. After Ruth died, he apparently lost interest in painting for several years. It was as if he remained in mourning and didn’t have anyone to replace her as a surrogate mother figure. 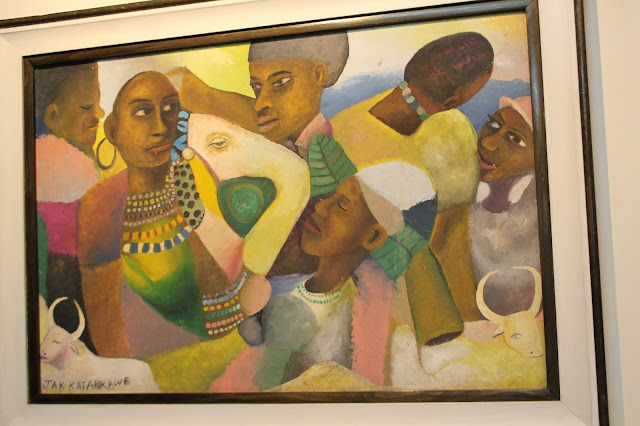 Currently, Jak’s Ugandan wife Florence stays with him at his fourth floor flat which is filled with his remaining paintings, prints, old photos of happier times and dusty stacks of newspapers. The rest of his family, including his dozen children and uncountable grandchildren are nowhere to be seen. When his artwork was selling well, his flat was often filled with distant relations who were happy to hover around the acclaimed artist. But once his funds dried up, they all disappeared. Meanwhile, Florence has begun to paint herself, emulating her husband’s style and taking pride in her plagiarizing skills.


Fortunately for Jak, just as the eleventh hour arrived, Donovan managed to interest one well-to-do client in buying one of Jak’s paintings, conceived during what’s considered his ‘heyday’ in the 1980s. The client hadn’t quite made up her mind, but she was prepared to put down a deposit on ‘The Family’, a joyful painting that was probably created when Jak was collaborating with Dr Eric Krystall and his Family Planning Private Sector art project. 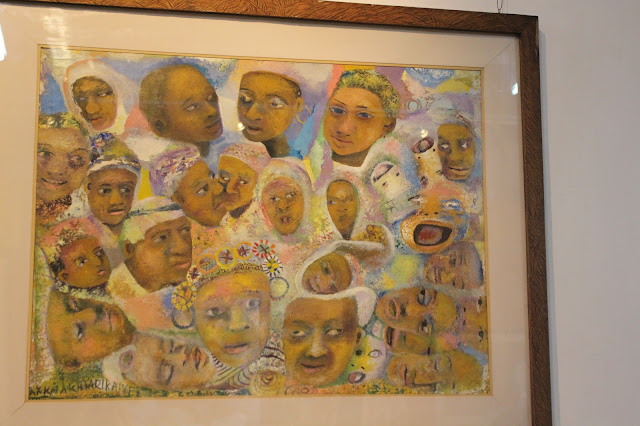 The deposit was just enough to cover Jak’s arrears. Donovan had managed to meet the deadline the landlord had given him to settle the artist’s arrears. “We sent a check over directly to Swallow Management,” said Donovan whose good deed has practically saved Jak from being thrown out on the street the following day.


Nonetheless, Jak can’t answer the question of how he’ll pay next month’s rent which is Sh44,000. He says he’s now back to painting and hopes to have an exhibition soon. But his long-term plan is as precarious today as the day the landlord set his SMS. 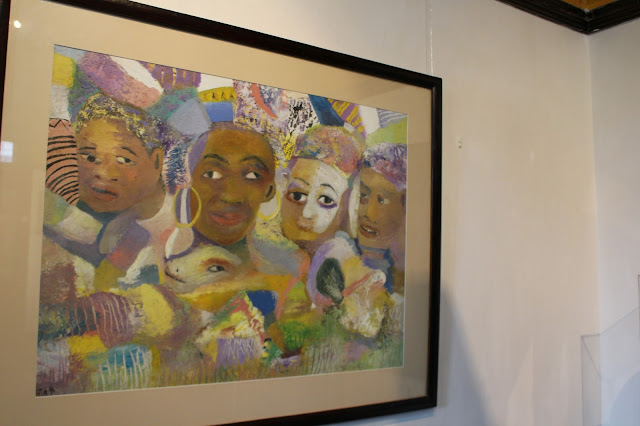 On Facebook, a number of Jak’s fans are suggesting they set up an online account for the artist’s friends living abroad to assist in his upkeep. Ideally, that will happen, but again it will have to be a benefactor of Jak’s to provide the skills required to give him the sort of security that he really needs. In the interim, Jak says his trust in God is his life insurance policy and it won’t let him down. 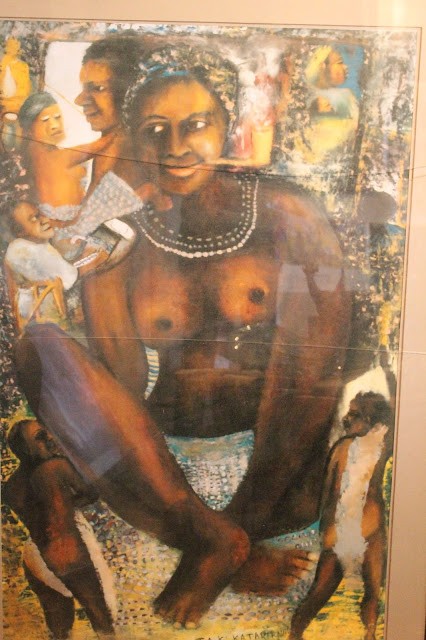 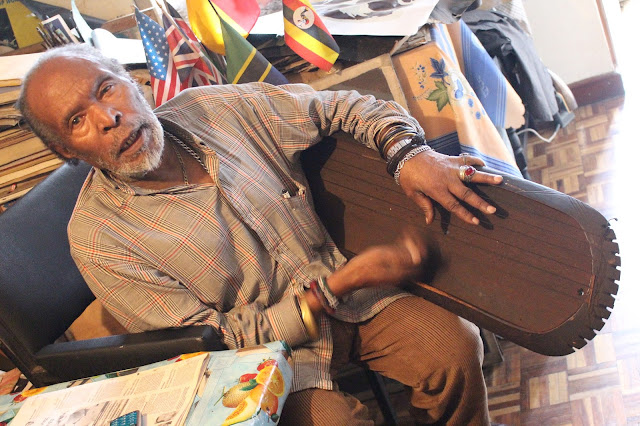 Posted by Margaretta wa Gacheru at 13:10