Some folks dispute the fact that Kenyan theatre is alive and well. It’s true, we have seen better days. We’ve seen shows that have had more depth, more passion, and more grounded in Kenyan realities. 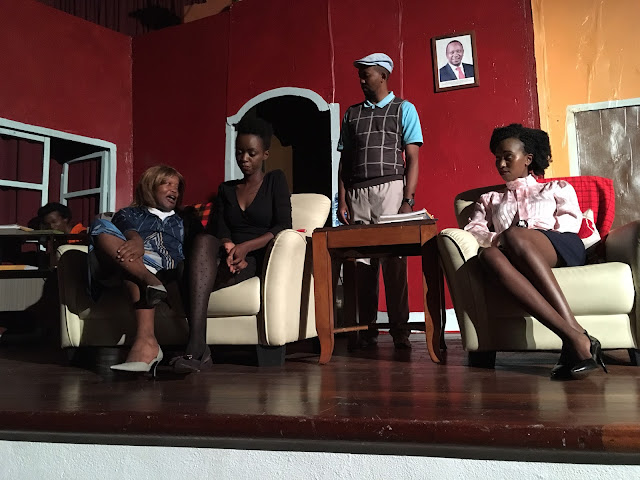 Festival of Creative Arts staged 'Whose Wives are they Anyway?'at Louis Leakey Auditorium in May


But there’s no denying Kenyans have the theatre bug. The recent Kenya Schools Drama Festival easily confirmed that fact. So does the recent opening of a new Performing Arts Studio at Kenya Cultural Centre (KCC) which is taking in new students right now. And so did last weekend’s staging in Nairobi of no less than three production.


One was a clever children’s play performed by kids from Logan Christian School and staged at KCC’s Little Theatre. ‘When did you last hug an orphan?’ was directed by Friends Ensemble’s Ellis Otieno who’s doing important work training children from ages 6 through 12 in performance skills. Kids like Wairimu Makena as Robin and Nkaeha Kaberia as his Princess proved that clever child actors are definitely being groomed at Logan. 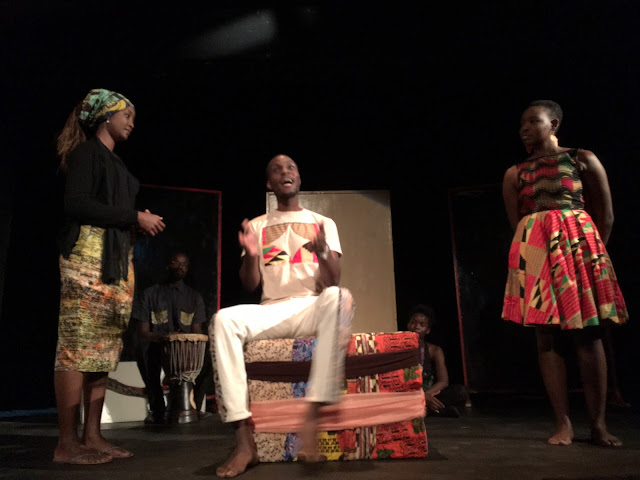 
One was a farcical comedy about the way corporate management can creep into employees’ private lives, effectively becoming ‘moral police’. Ironically, we saw ‘Whose Wives are They Anyway?’ several months back under a different title by Heartstrings Entertainment. Fortunately, the Festival of Creative Arts’ version of the script was quite different from the way Sammy Mwangi and his cast staged it. 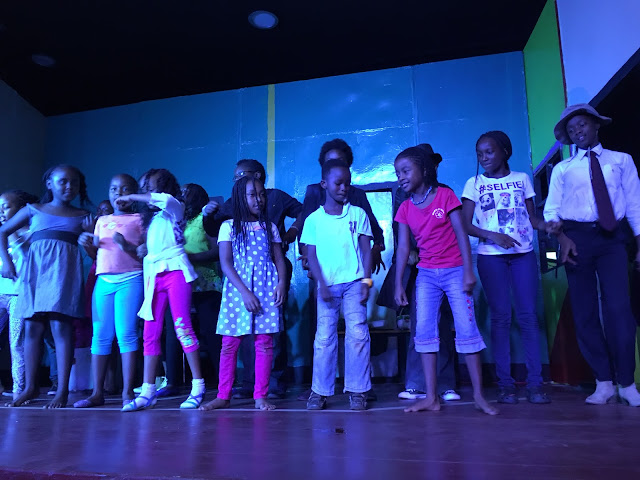 Logan School, directed by Ellis Otieno, performed 'When was the last time u hugged an orphan


Nonetheless, the basic storyline was the same: Two corporate VPs (Joe Kinyua and Kieran ‘Popo’ Ratanya) take off for a weekend of golf, only to discover the new CEO of their company is staying in the same hotel. The CEO (Veronica Waceke) is a stickler for ‘family values’, insisting she will sack all employees who take vacations without their spouses. Mayhem ensues as the guys, who left their wives to shop, struggle to find surrogate wives so they don’t get fired on the spot.


Both theatre companies did a brilliant job staging farcical moments that fans who came to Louis Leakey Auditorium last weekend found hilarious. The differences in the FCA show were due both to brand new casting and to radical reinterpretation of several characters, including the handyman Wilson (John Kung’u) and the Hotel manager (Victoria Gichora). Nice Githinji, who directed ‘Wives’, was also marvelous as the weepy wife who finds her husband ‘cheating’ on her with hotel receptionist Tina (Valentine Wambui). 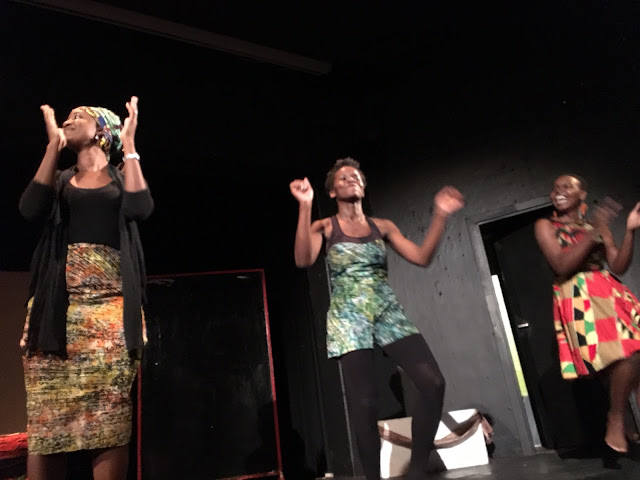 Fridah, Brigette and Laura in Peace and Love restaged in May


But the actor that elicited the most robust laughter was Popo Ratanya who played his fellow VP’s ‘wife’. Dressed in drag, and wearing a blond wig, high heels and fancy dress, he stayed in character even when the whole audience was throbbing with laughs at his exquisite transformation.


Finally, the other performance we watched last weekend was a restaging at Alliance Francaise (AF) of Prevail Theatre’s mixed media project called ‘Peace and Love’. Director Martin Kigondu was again effective in transforming Joan Sikand’s autobiographical poetry into a delicious mix of contemporary dance (by Laura Ekundo), music (by Checkmate Mido, Mike Mbogo and a mellifluous Victoria Gichora who was ever on key, even when singing Jony Mitchell a cappella) and spoken word (by Nick Ndeda, Laura Ekunbo and Fridah Muhindi). 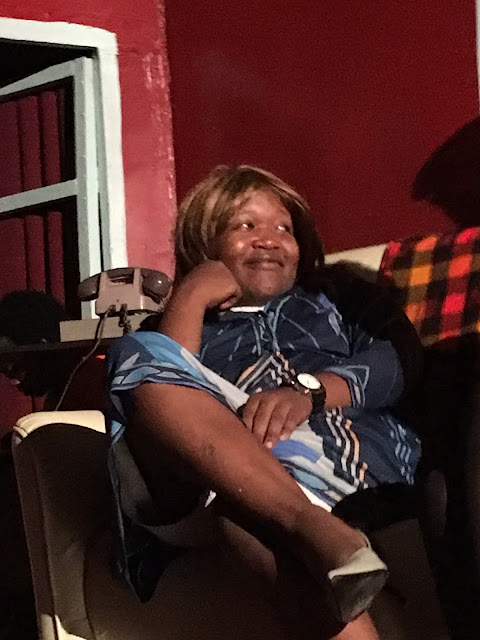 Popo playing his buddy David's surrogate 'wive', dressed in drag, in Whose wives are they anyway?


What made big differences in this version of ‘Peace and Love’ were the venue (AF was far more intimate than The Tribe), the singing (Victoria was magnificent) and Fridah Muhindi who breathed fresh life into the script. Overall, Martin made several subtle changes in the way he dramatized Joan Sikand’s words so there was more fusion of feeling, mood and motion.


Finally, Sitawa Namwalie is restaging “Room of Lost Names’ next month, but many theatre-goers have requested that she please reduce her ticket fees.

Posted by Margaretta wa Gacheru at 04:10