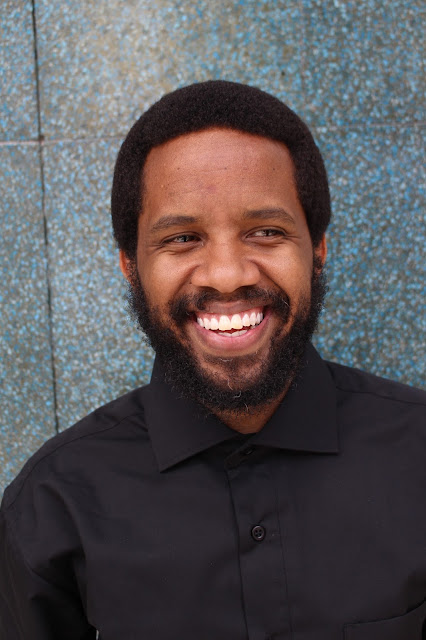 Nuru Bahati’s Labor Day exhibition, featuring more than 60 black and white paintings together with his prints, posters and stickers had to be one of the smartest and most successful art shows that I’ve seen in quite some time. It was also the shortest art exhibition that I’ve attended in years. It only ran for less than half a day, from 2 to 5pm at the Dust Depo Studio. 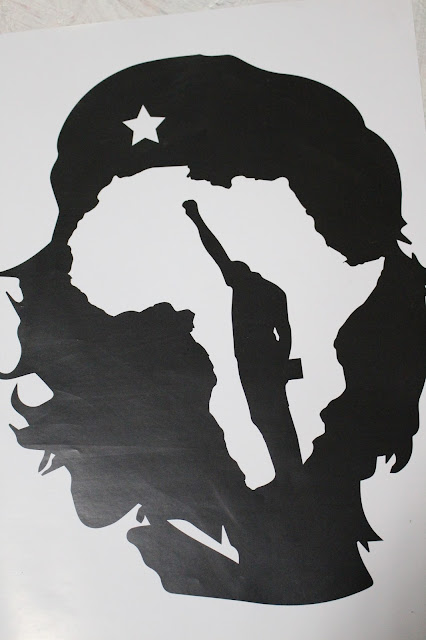 Nuru’s a veteran in the Nairobi art world, having seen enough shows to know that exhibition openings are what attract the art-loving public to come see what’s showing. Openings are also when people are most inclined to buy the exhibiting artist’s works.


That’s not to say that Nuru’s a mercenary, painting solely for the sake of sales. But he is a pioneer in the genre of portrait painting that he named biro art. He’s also watched as a multitude of ambitious young Kenyan artists have jumped into that field, saturating the market. So as his current exhibition illustrates, he’s largely moved on into a new field of painting and drawing which is steeped in symbolism and designed in a puzzle-like style. 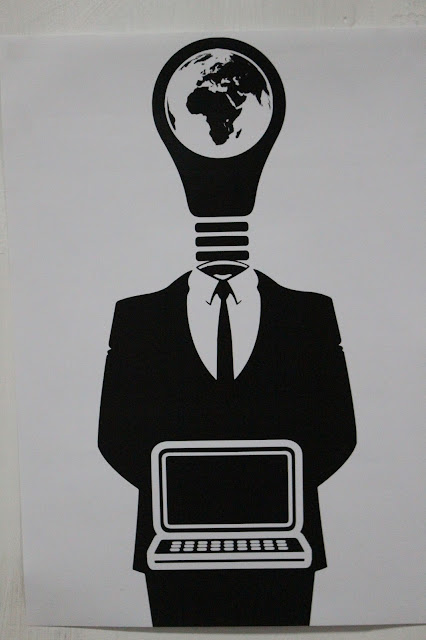 The only remnant of his previous mode of biro art is one masterful painting of Fela Kuti. The rest of the works in his show cover a wide range of concepts, many of which are depicted with easily identifiable images—everything from safety pins and butterflies to elephants, rhinos and snipers armed with AK47 machine guns. So the imagery might look straight-forward. But the way he assembles and juxtaposes those seemingly simple images, blending them with humor, acuity, irony and a touch of outrage, is anything but easy..


On the contrary, Nuru creates art with a clear intent to get his audience contemplating the meaning of his graphic designs. His work cannot be described as either realism, expressionism, impressionism or even semi-abstract art. Instead, each piece is like a puzzle that one either bypasses as baffling. Or he appreciates for the mystery message that’s apparently hidden within each artwork. So each painting poses a challenge to the viewer: To figure out the message, one must decipher the meaning of each symbol and then connect the dots! 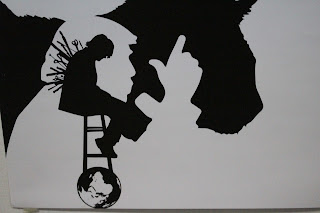 What I found most intriguing about Nuru’s show is the sight of so many young people standing in front of his artworks trying to figure out what each one meant. For instance, what did a safety pin, a planet Earth and a butterfly mean in sum? What did a silhouette of Donald Trump with one man stabbed but seated inside Trump’s outline and atop an upside down Africa imply? And why was the silhouette embedded inside a pussy cat? Might we call Nuru’s style ‘surreal’? I think so.


And what did a smartly dressed man having a light bulb for a head, a brain shaped like a globe focused squarely on Africa and a computer in his hand mean? For me this last image reflected the title of Nuru’s show, which was ‘Rise’. That’s to say it symbolized the rising of the region through technology being rapidly mastered by Africans who are on the move.


Some of his drawings were darker and more disturbing, but all demanded you give them a second or third look. What was most refreshing about Nuru’s show was how many students had attended. Also, how many actually bought samples of his art. Granted the biggest sales were of his ‘stickers’ which were miniatures of his larger paintings. At 50 shillings a piece, Nuru offered a youthful public an opportunity to own an image or two of Nuru’s memorable showcase. His most expensive painting was the one of Fela Kuti But even then, his art’s actually affordable and attractive to young art-lovers as his posters and prints are still priced as less than Sh50,000.
Posted by Margaretta wa Gacheru at 10:41