BACK TO THE VILLAGE WITH SUGAR ‘N SPICE 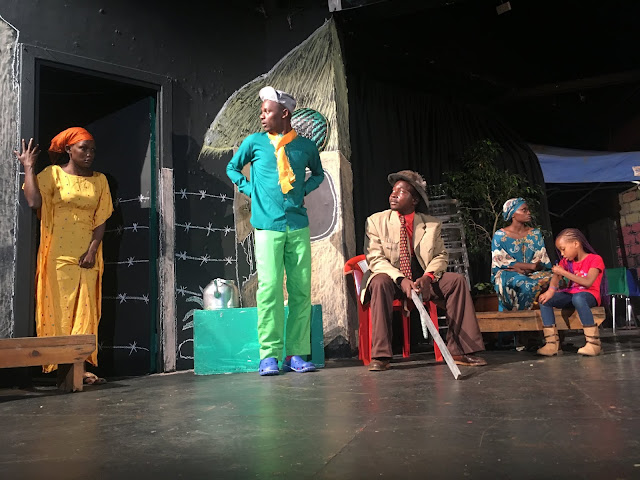 Heartstrings’ players took us back to the village in ‘Sugar and Spice’, reminding us of what’s both endearing and exasperating about rural life. But they did so with an absurdist twist that made some of us feel this was the Heartstrings team’s best production ever. 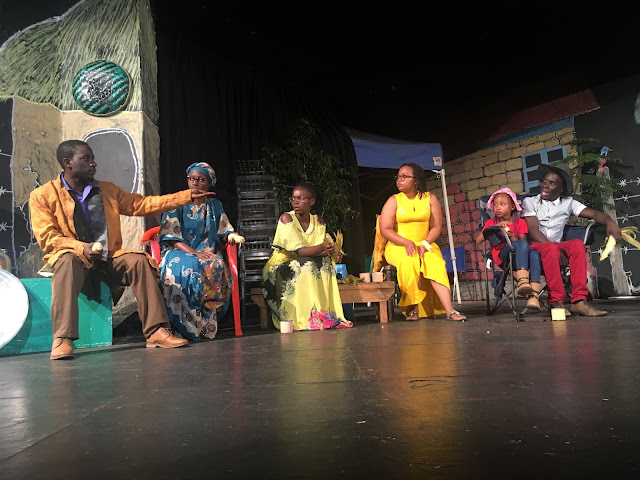 That’s an absurd idea in itself however, since the troupe rarely fails to maximize on ear-to-the-ground hilarity that invariably looks at us Kenyans as we are right now.
For how many urbanites do we know who aren’t in a hurry to get back to town from rural areas when they have to go back to their homeland, be it for a funeral (as was the case in SaS), a land dispute or some other family ordeal.
That’s the dilemma posed to the children of the late Baba Jethro. All three are busy people who’ve shown up for the funeral of their dad. But just as they’re about to go for the final ceremony, their uncle’s wife (Mackrine Andala) informs them the funeral can’t proceed because a major mistake has been made. 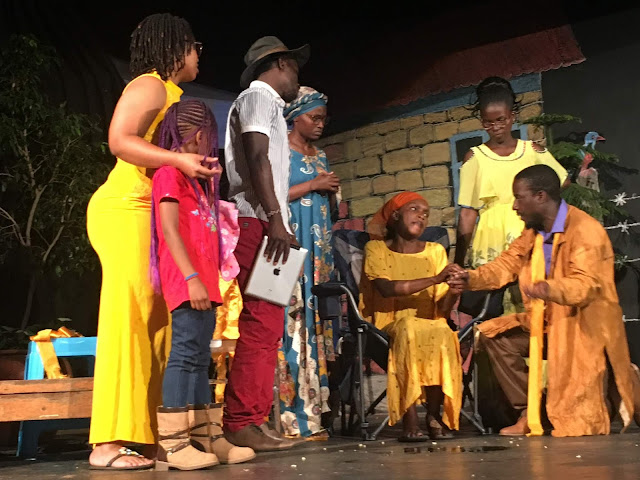 They dug the grave on government land (an issue very much alive in the media and in society right now). But before they can proceed, certain customs and traditions must be followed.
Here’s when Heartstrings does a no-holds-barred on absurdity. The siblings are now held at rural ‘ransom’ by Jethro’s brother (Cyprian Osoro) and his wife who both insist that customs must be performed or else they’ll all be cursed and Jethro’s spirit will never rest in peace.

But none of the children want to stay. The daughter has a plane to catch the following day, and both brothers (Paul Ogola and Victor Nyaata) also have work duties in town. But now they’re at the mercy of Jethro’s bro who comes up with rituals that are quite remarkable. Like ‘the last born [of Jethro] must sleep with the oldest widow in town’.
Hysteria ensues as Victor Nyaata, who plays Jethro’s last born, goes nuts at the idea of having to sacrifice himself for the sake of culture. His wife (Natasha Wanjiru) is okay with it since she knows he’s been unfaithful for years. 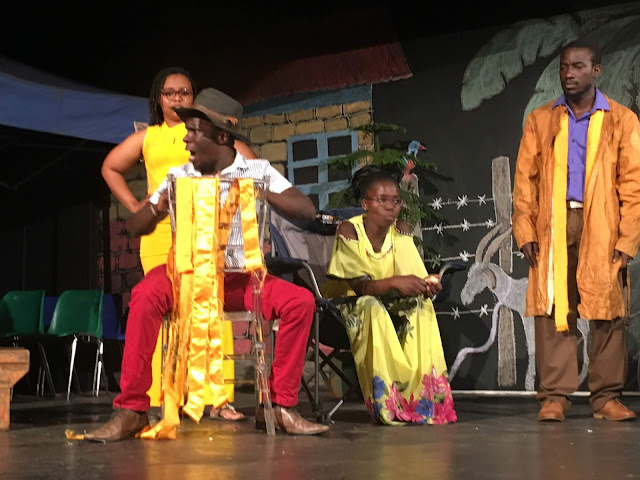 But then, when the Chief (Mark Otieno) shows up with truths about parental infidelities by both Jethro and his wife, the whole issue of paternity is now rendered null and void. We’re left laughing and wondering who’s who anyway! Brilliant work, Heartstrings!!

Posted by Margaretta wa Gacheru at 02:56