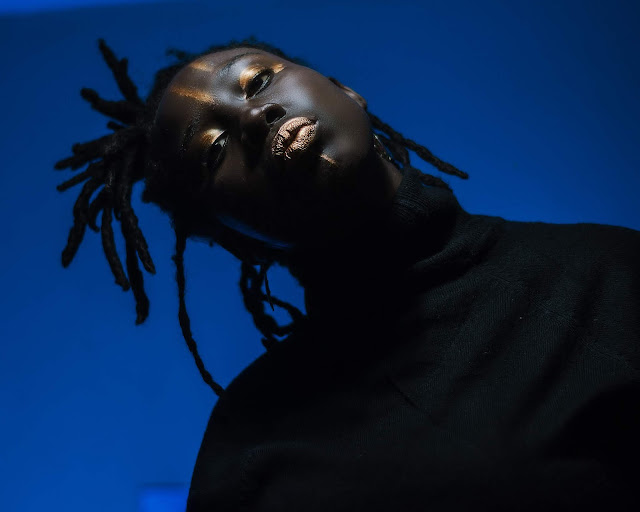 Kenya’s visual arts scene is vibrant, as young up-and-coming artists are emerging all the time. But contrary to the view that only guys are the ones painting, print-making and sculpting, there’s also a rising tide of women artists as well.
One of the youngest in Anita Kavochy who currently has her first solo exhibition of paintings up at One Off Gallery’s annex at Rosslyn Riviera mall. Like many Kenyan artists, Anita started drawing as a child, but had no formal art education until she heard about Buruburu Institute of Fine Art (BIFA). 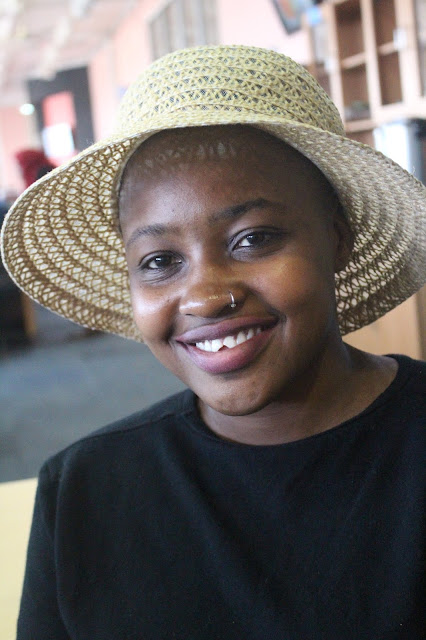 From there she took an early internship with Maasai Mbili (M2) Artists Collective in Kibera. As the only female among almost a dozen guys, she wasn’t intimidated. Instead, she says she learned so much from them, she decided to remain with M2, rather than return to the classroom. Anita, like many young Kenyans, is experimenting with various themes and techniques, developing her own visual voice in the process.
Another young Kenyan is Gloria Muthoka, an artist with an MBA in business administration and several years working with refugees. But having loved drawing since primary school, she finally decided fine art was her first love. 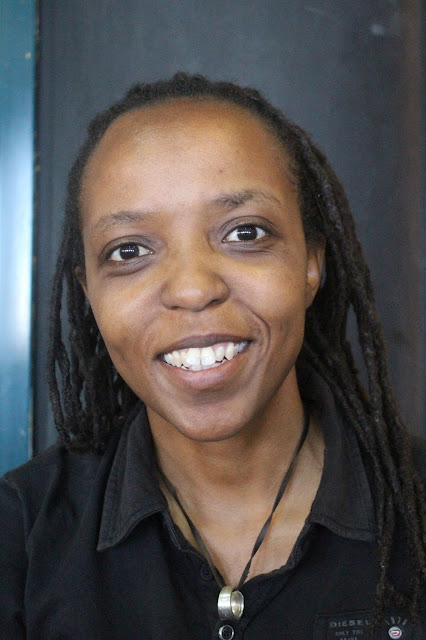 She took one course in graphic design; then took the leap into painting full-time. For advice she met with Patrick Mukabi, best known for assisting aspiring artists like herself. She found him at The GoDown where she’s had a studio until all artists had to move out. Now she works from home and paints African folktales country by country. Gloria recently had her first one woman show at Alliance Francaise but she’s been in several group shows since she took her ‘great leap’ and has no regrets. 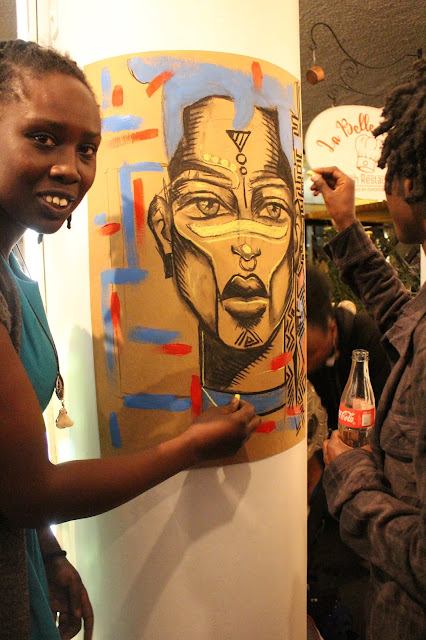 Nancy ‘Chela’ Cherwon is one of Kenya’s few female Graffiti artists. A University of Nairobi graduate in Design and Illustration, Chela prefers doing public art often with fellow graffiti artists. You can see her work everywhere from the Railway Museum and PAWA254 to outdoor walls in Jericho, Eastleigh and Korogocho.
Finally, one of Kenya’s veteran woman artists is Geraldine Robarts who taught many East African artists at Makerere and Kenyatta University before focusing on painting full-time. 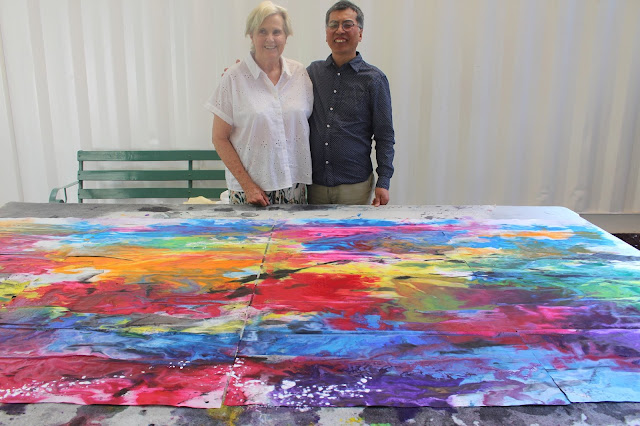 Geraldine with Chinese artist, Edward Wang at her studio

Currently having twin exhibitions, one at the Trademark, the other at The Tribe, Geraldine’s shows are both entitled ‘Oneness’ reflecting her faith and hope that her art will convey her soulful message to visitors who’ve come for UNEP’s current ministerial meeting. 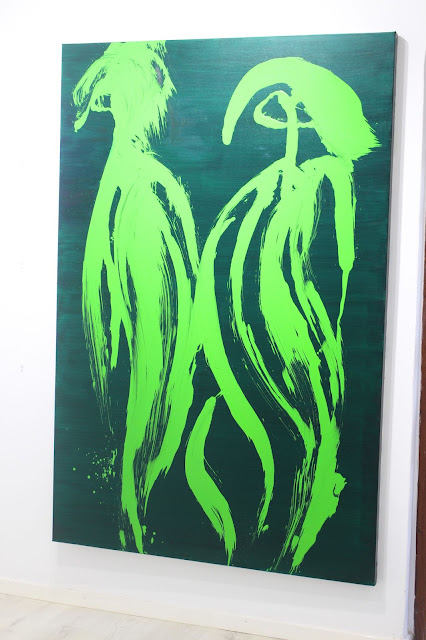 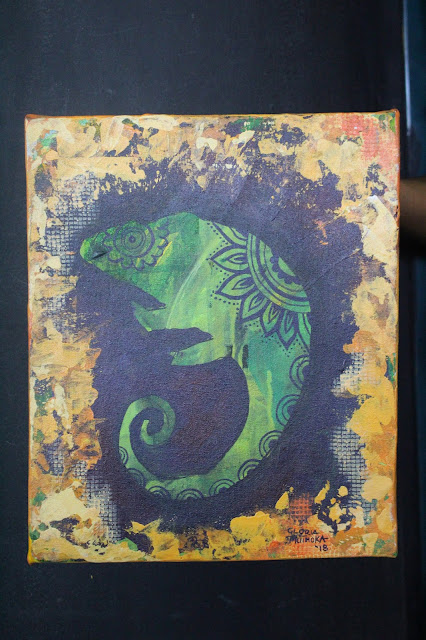 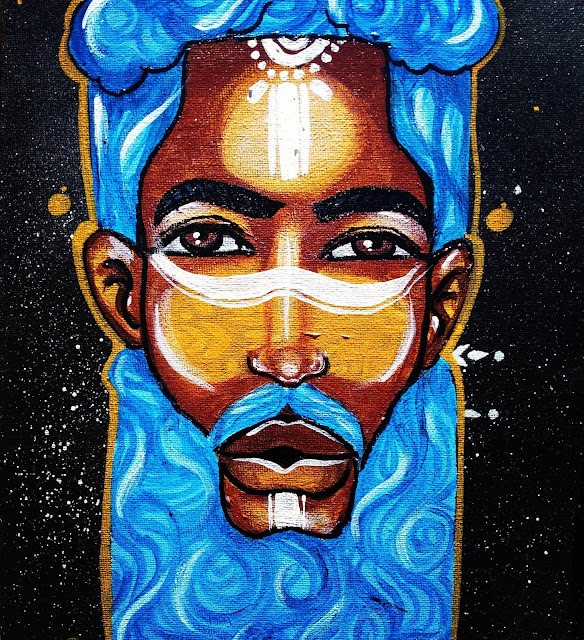 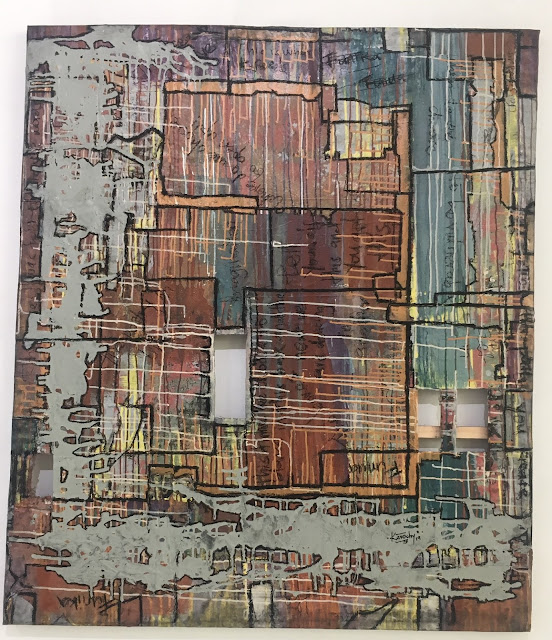 Posted by Margaretta wa Gacheru at 08:06