AFRICAN TWILIGHT GALA: AN EXTRAVAGANZA UNDER THE STARS 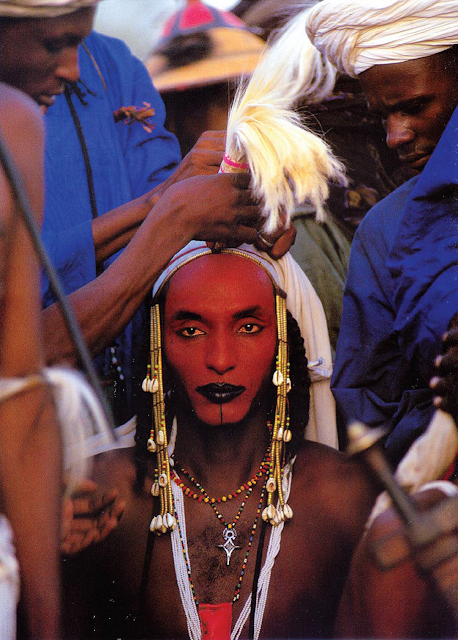 It was a gala like no other, a glorious evening dedicated to the Kenyan premiere of the double-barreled book, ‘African Twilight: Vanishing Rituals and Ceremonies’ that had taken veteran photographers Carol Beckwith and Angela Fisher fourteen years to complete. Their seventeenth book is clearly a labor of love blended with a splendid taste for adventure and an acute eye for the boundless beauty of indigenous African cultures. It’s also their magnum opus out of all the incredibly beautiful Afro-centric books they’ve produced since their meeting in 1978 right here in Nairobi.
But the night was also the grand finale of one man’s lifelong career of creating a multifaceted fusion that blended the best of African cultures with the keenest sense of Western styles, tastes, trends and consumer appetites for elegant exotica, be it fashion, jewelry or handicrafts. Alan Donovan came to Africa more than 50 years ago. He’s been in Kenya since 1970 when he met and formed a life-long partnership with Kenya’s second Vice President, Joseph Murumbi which produced the African Heritage PanAfrican Gallery.
Donovan’s achievements over the past 50 plus years are immeasurable. Nonetheless, he was determined to make the Gala his own ‘African twilight’ by presenting (for what he claims is ‘the very last time’) the sort of spectacular showcase of African fashion, textiles, jewelry, music and vibrant movement that he’d shown all over Europe in the Eighties and South Africa in the 1990s when his ‘African Renaissance’ extravaganza was selected the most magnificent production of Pan-African culture found anywhere on the continent.
To do this, Donovan invited back many of the models, musicians, master carvers and fashion designers with whom he’d worked up until African Heritage Gallery went into receivership in the early 2000s.  He even called back from Paris Fernando Anuang’a, formerly with the award-winning group Rare Watts, to dance with his current team of Maasai.
Donovan even brought back his stilt-walker, agile acrobats and his traditional horn-blower, the guy mandated to announce the evening’s entertainment was about to begin.
The horn-blower’s timing was a wee bit off since the evening had actually kicked off with a fabulous raffle featuring two Qatar airline tickets to anywhere in the world. The evening’s Guest of Honor, Kenya’s new Minister of Culture, Ambassador Amina Mohamed, was the one invited to pick the winners out of a kiondo, one of whom was Dr Suki Mwendwa.
After that, Amina gave a rousing and hopeful speech, applauding Donovan for all he has done for Culture in Kenya and around the region. She also promised to support Kenyan artists which was music to our ears since she might very well be the first Minister of Culture who understands how critical a role culture plays in the development of a healthy society.
After Amina, it was Carol and Angela’s turn to tell the back story of their new book, ‘African Twilight’. They had the full attention of an audience that had come to the African Heritage House for both a good time and out of respect for these two adventurous women who’d spent the last forty years trekking around the region by all means of transport to reach a multitude of little-known corners of the continent where ancient rituals and ceremonies were still being practiced.
Their message however was chilling. For they were able to testify that nearly half the cultural events that they had witnessed decades ago were now gone, vanished in the sweeping tides and trends of Western modernity. In fact, one key incentive for doing African Twilight is because they cared to record those amazing customs and ceremonies before they were all extinct. Their having done so is one reason why the book is something one would want to have for the record.
After their videos and lively stories came Donovan’s exquisite fashions, all set to the live music of Papillon, the latest band he’s helped to form featuring Martin Murimi aka Papillon on nyatiti, Paul Shimudi on guitar and keyboard, Pradash Velankaaar on tabla and Kerit Pattni on bamboo flute. Their accompaniment was beautiful as were the fashions, all made with indigenous fabrics collected from countries Donovan had visited as a buyer for African Heritage over the years. The music had the eerie quality of conjuring up the spirit and even the sound of the late Ayub Ogada who was meant to perform at the Gala but sadly passed on last month.
It was glorious evening, but we hope it wasn’t really Donovan’s finale as he’s still got too much artistic energy in him to give it up.


Posted by Margaretta wa Gacheru at 02:23