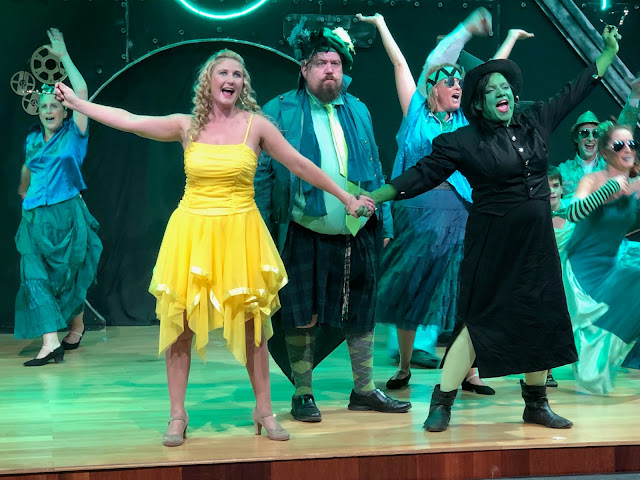 Karengata Amateur Dramatics Society (KADS) worked its magic last weekend, lifting us out of the ordinary into the extraordinary wonderland of Oz where the award-winning musical, ‘Wicked’ revealed the back story to the Judy Garland classic ‘Wizard of Oz’.
We were in GEMS School’s auditorium. But once the witches got their hearing and gave their version of how the witches got so ‘wicked’, we were swept away into their story which in one respect is a Parable on Race and the way people’s differences can become the shallow basis for discrimination, prejudice and cruel incivility.
But ‘Wicked’, under the deft co-direction of Richard and Clare Hooper, was much more than a tale of race relations and the damage discrimination can do, although it definitely played a part in turning Elphaba from being a humble, sweet-souled (albeit green) girl into the Wicked Witch of the West.
‘Wicked’ is also a deep, delicate story that interweaves themes of love and betrayal, conning and cunning, envy and ‘loathing’ which was the title to one of the most amusing songs of the show. It’s a duet between the two future witches, Glinda (Rainbow Field) and Elphaba (Emma Withall).
They’re roommates who initially detest each other. But their loathing turns into sisterly love, then into a loss that leads one to become Glinda the Good and Elphaba the wicked.
The beauty of KADS is that they call themselves ‘amateurs’, yet their group is filled with thespians who’ve had years of either training or experience or both. That’s why the intricate sets, made by Richard Hooper, work so well; the 170 costumes made by Julia Mathews are colorful and carefully fitted; the band led by Julius Ngare was wholly in sync with the singers; and even the choreography of KADS’ large cast of Munchlins was well-rehearsed by Arnie Umayam.
But if one person could be sighted for lifting ‘Wicked’ to stratospheric heights, it was Emma Withill who had the most challenging role as the green girl who was despised by her father, shunned by the Munchkins and chased by the Witch hunters. With a luscious and powerful voice that could’ve moved mountains, she sang her heart out especially after meeting Fiyero (Tirath Padam) and the two fell impossibly in love. Tirath’s voice blended beautifully with Emma’s. But their bitter-sweet affair left us wishing to more of their story. 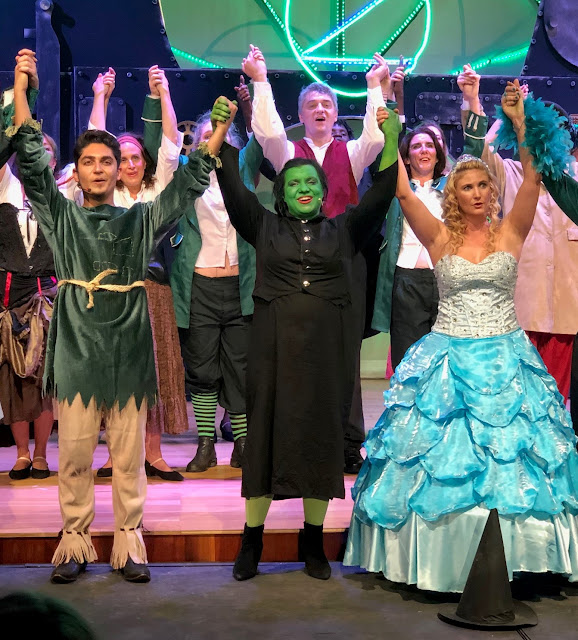