ART COLLECTING AS A WISE INVESTMENT 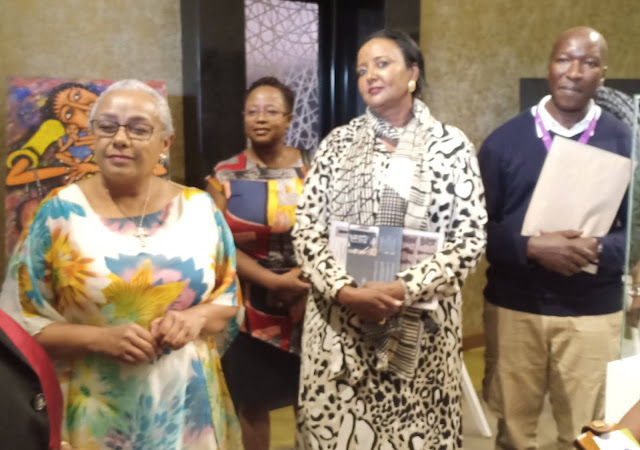 When Mutuma Murangu isn’t trading in commodities, he’s pioneering on the cutting edge of art collecting in Kenya.
Specializing in stone, Mutuma is hardly a household name in the Kenyan art world. Indeed, he only started exhibiting part of his large collection of stone sculptures last year at the Nairobi National Museum. Yet the moment he put up Robin Mbera’s impressive exhibition of 26 commissioned (by him) Kisii stone sculptures entitled ‘Afro-Cubism Journey #1’ at the Museum, Mutuma became an inspiration and de facto spokesman for Kenyan art collectors.

That’s one reason he was invited to the Windsor Hotel to share his insights as a collector during the two-day ‘Art and Finance Conference’ organized by Art at Work CEO Roy Gitahi who is also Chair of the Wabuni Sacco. 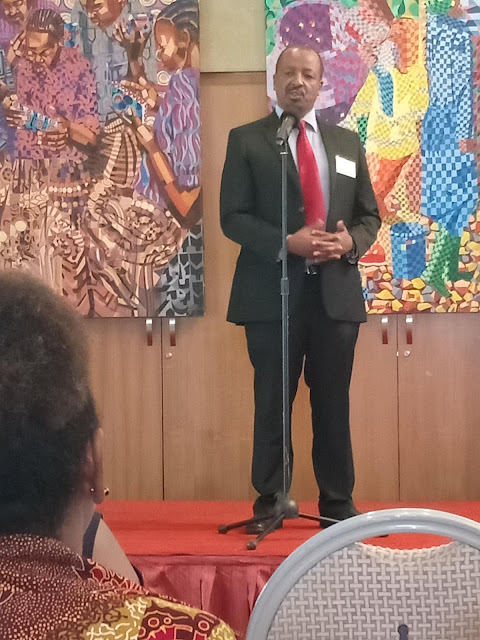 “I see art very much like land,” says Mutuma who only started collecting art in 2006. “Both are finite in the sense that there is only so much good art and good land. But both have immense investment potential,” he adds.
The value of art isn’t only measured by its investment potential, according to Dr. Fred Scott, an experienced fine art consultant from South Africa who explained on Day One of the conference that art’s value is both aesthetic and economic.
The economic aspect of art collecting was the main focus of the conference, as was shown in the subtitle of the conference which read: ‘Art as a viable and sustainable investment.’
In this regard, Scott gave a brief history of the global art market which in 2018 had risen to nearly USD67.4 million according to the annual Deloitte Art and Finance Report which keeps a running tally on the financial value of art in its global wealth portfolio. Dr Scott noted that 84 percent of that USD67.4 million had been transacted in just three countries, the US, UK and China. He added however that the African art market has immense investment potential. But both Scott and Mutuma agreed that the importance of growing not just good African artists but also committed collectors of African art as well. 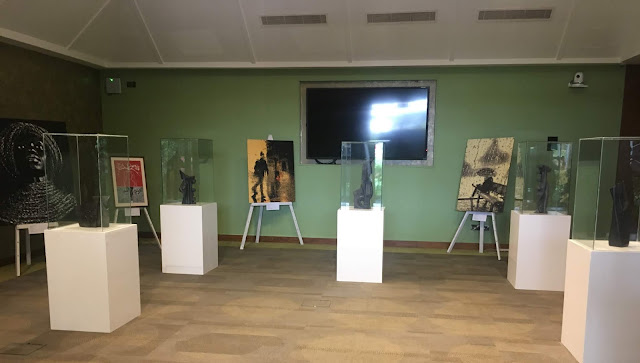 Dr Scott noted that there can be risks involved in buying any fine art. The art could have been stolen; it might also be a fake. And finally, there’s always the risk of overpaying for an artwork that isn’t very ‘good’, meaning it could diminish, not accrue in value over time.
Scott cited a painting by the American painter, Parker Ito who sold his painting in what he called an ‘overheated art market’ at a Sotheby’s auction in 2011 for USD47,000. But by 2017 the resale of that same piece on the secondary market had plunged to only USD4,800.
But Dr Scott also recalled that the most expensive artwork in the world, by Leonardo da Vinci (‘Salvator Mundi’) sold for a record-breaking USD450.3 million (USD450,315,500) at Christie’s Auction House in 2017. It had been bought by the Louvre in Abu Dhabi.

In order to know how much to pay for a piece of art, Scott said that research is essential as is knowing the provenance (or origin) of an artwork.
Unfortunately, he said the value of the global art market is measured by figures derived from annual sales at auction houses, galleries and even art fairs. “That is why I advise young artists to get into art auctions as soon as possible, since those recorded figures provide a benchmark for collectors who might be interested in buying your art.” 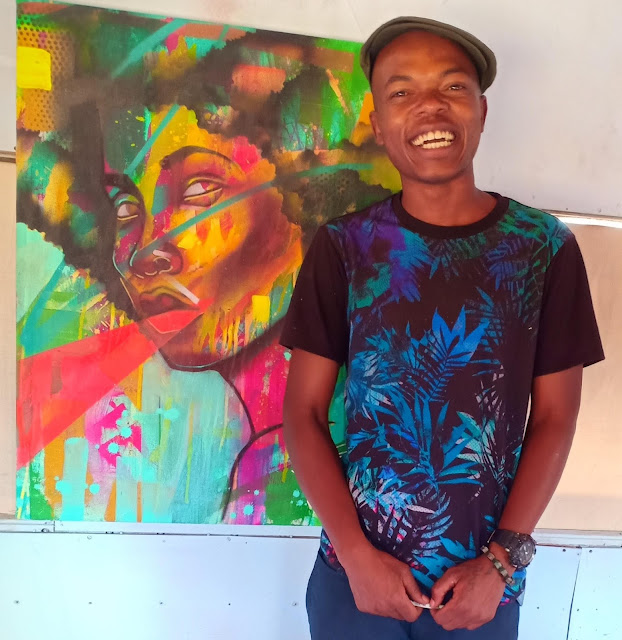 He added that even if the sale of an artwork is relatively low at auction, a prospective buyer will know they are likely to pay more than the online figure.
Dr Scott and Mutuma both used pie charts to break down the figures. Scott noted that out of the USD67.4 billion, some USD 29.18 billion derived from auction sales. Then Mutuma said that the subsection of the global art market that interests him most measures post-colonial sales which amounted to USD7.28 billion sales in 2018. And in relation to Kenya, that includes artworks made post-1963.
“Our Kenyan art market is still in its infancy,” says Mutuma who has no doubt that growth in that market is bound to experience what he called a ‘cross-over moment’ when the measurement of Kenyan art’s value explodes.
But for now, he concurs with Conference founder Roy Gitahi, that art institutions need to be both established and strengthened. Roy established the Wabuni Sacco to address the various financial constraints that local artists often face. Negotiating with financial institutions like Stanbic Bank, he says he understands artists often don’t have access to credit because they don’t have consistent salaries. But he hopes to see creatives’ artworks serve as an alternative form of collateral so they can access not only credit but even insurance, pension plans and other financial services that Stanbic already provides to SMEs. 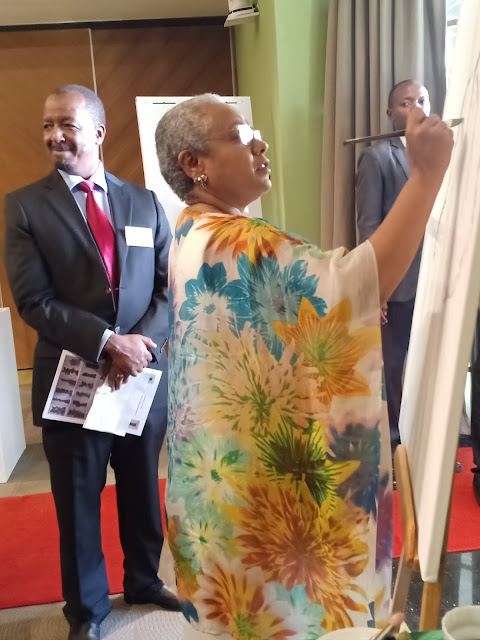 “Negotiations have begun with Wabuni, but they have not yet been finalized,” says Ken Gitau, Stanbic manager in charge of workplace banking. Nonetheless, Roy has the vision of Wabuni’s Sacco as enabling artists to not only have access to bank credit through its partnering with financial institutions. He’s even proposing that Kenyan artworks can eventually be traded on Nairobi’s Securities Exchange.
The reason he feels so passionate about Wabuni is because he says it fits into his wider concern that art infrastructures need to be built and strengthened as means of growing the Kenyan art market and establishing its place in the global art arena as well.
The one obvious shortcoming of this Art and Finance Conference was the absence of Kenyan artists. Only two were present. One was Swift the graffiti artist who had created the artwork given to the First Lady Margaret Kenyatta by Roy Gitahi in appreciation for her presence at the Conference. She was accompanied by the CS for Culture, Arts and Sports, Ambassador Amina Mohamed and the Principal Secretary for Culture and Heritage, Ms Josephta Mukobe. The other artist was Robin Mbere whose Afro-Cubist sculpture was exhibited at the conference. 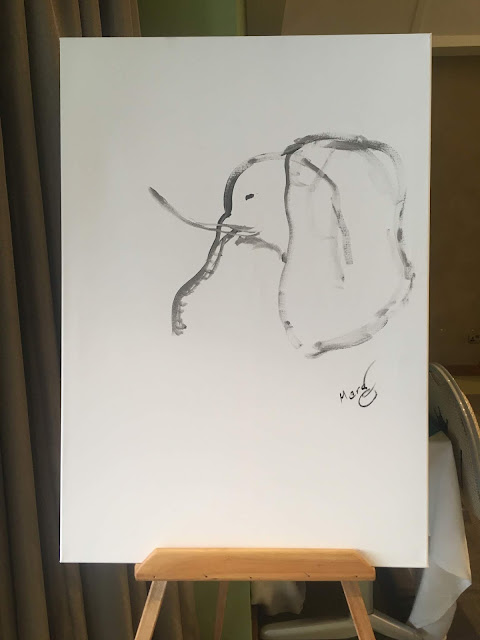