CREATING A GARDEN OF EDEN 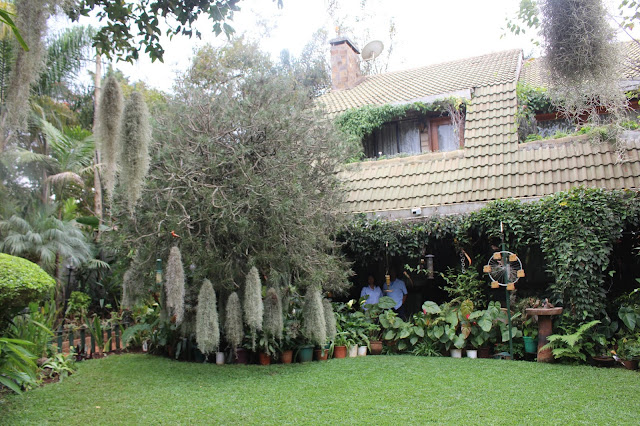 If someone wonders what the Garden of Eden looked like, she only needs to visit one home in Westlands to meet Tessa and Joseph D’Souza. The moment you turn into their driveway leading to the house and grounds that they’ve developed over the last 40 years, you’ll be in awe of the multiplicity of green growing things that carpet their ’Eden’. 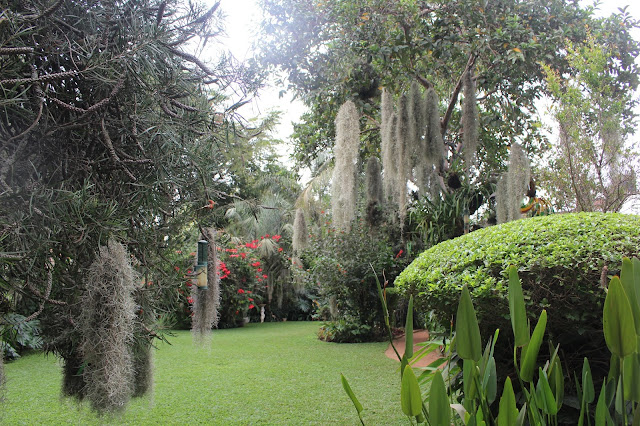 “Before we moved in, the land had been part of a coffee plantation,” says Joe, a civil engineer and retired restaurateur who recalls how they had to uproot all the coffee before he could construct their spacious home.
“Initially, all we planted were trees,” says Tessa who didn’t take up gardening right away. Instead, they planted avocado, guava and rubber trees as well as plenty of palms and Flame trees. 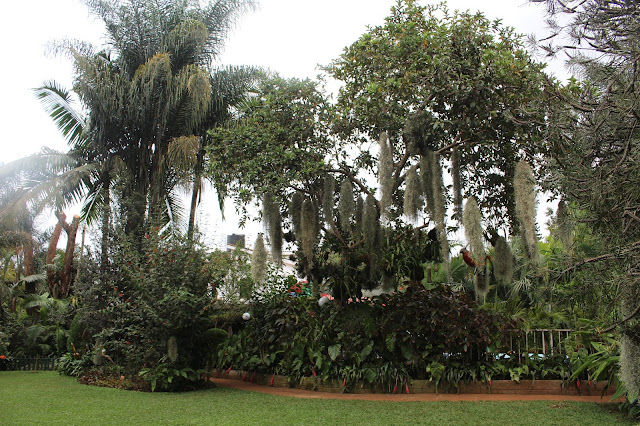 It was just 15 years ago, after visiting a friend who had a splendid garden that Tessa decided to try her hand at gardening. Previously, she’d been a personal assistant to various corporate bosses before becoming the chief caterer for the International School of Kenya. 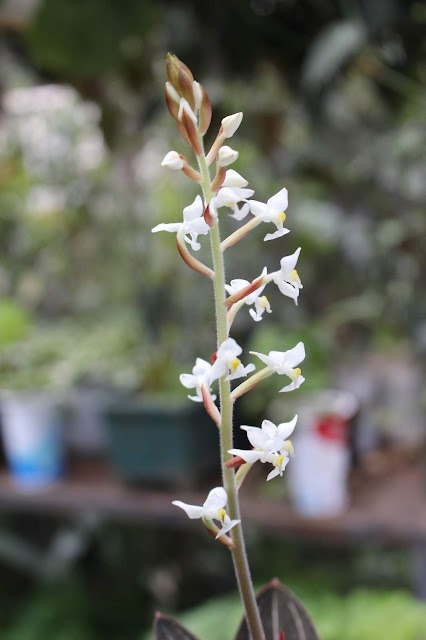 “I didn’t consult anyone. I just visited roadside nurseries and picked the plants I liked,” says the lady who now knows the names of virtually every single, flower, shrub and tree in her garden. “I started with anthurium and bromeliad, but as I was still working, I had plant one patch of land at a time.”
Nonetheless, she admits that now, the only item she shops regularly for (apart from family food) is plants. And over the last decade and a half, she, assisted by Joe, have created a wonderland of greenery that includes everything from hibiscus shrubs, orchids and bird of paradise to succulents, purple petrea and air plants which she says “only live on fresh air and love,” without a speck of soil. 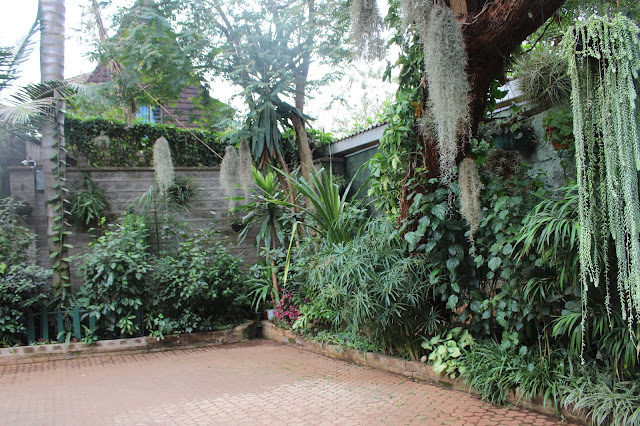 Air plants are just one of the magical aspects of the D’Souza’s garden. They hang from practically all the trees, and they flourish just as does every other flower, shrub and tree that grows on their grounds. Air plants grow so well that Tessa is constantly having to clip them and create a whole other plant.
“The birds love the air plant since they pull out its threads to build their nests,” says Tessa who adds that both she and Joe love the birds that visit them all year round. “We have 15 bird feeders and ten water trays, so the birds are happy with us.” 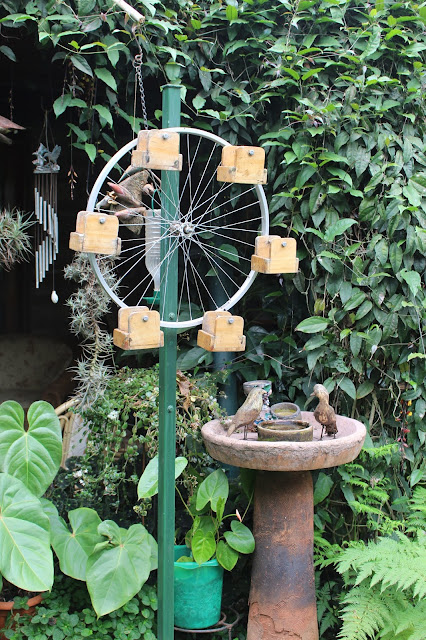 For better or worse, the food and drink also attract two monkeys who are big consumers of her avocados and guavas. They also go for plants that look edible, which is one of the main reasons Joe constructed two ‘Shade Houses’ on the land. 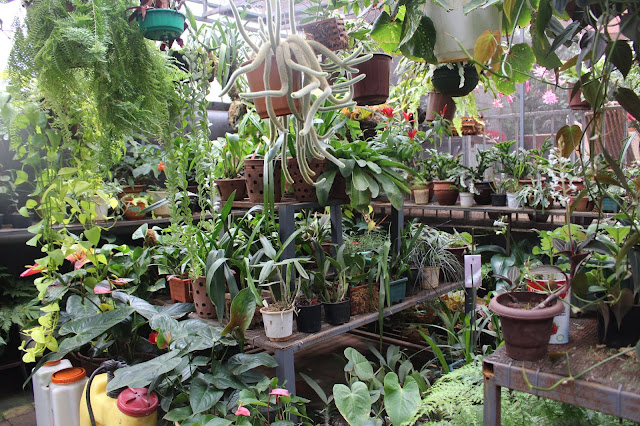 The shade houses are covered in mesh which provides just enough light, but also plenty of shade. “Some plants don’t do well in direct light. They need shade to grow,” says Tessa whose shade houses are filled with everything from ferns, white lilies and asparagus plants to monkey’s tail, anthurium and money plants.
The D’Souza’s don’t chase the monkeys away. But after they molested her red and yellow parrot plant, she had to do something. That was when the shade houses were built. 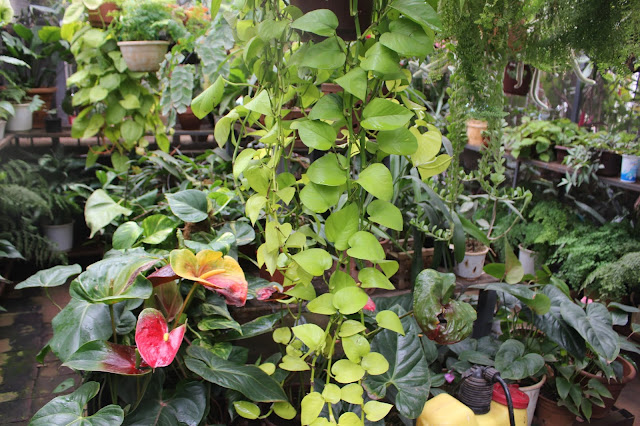 Tessa is a member of the Horticulture Society, but it was just four years ago that she joined the Orchid Society and started growing orchids with Joe’s help. He added sprinkler systems in the shade houses so that during the hot weather, her plants would continue to flourish. 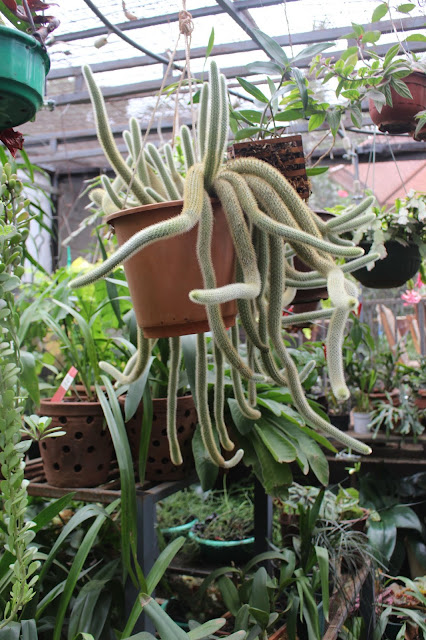 As you make your way along the narrow foot paths that Joe paved with Marula stones, one can’t help feeling the affection the D’Souza’s have for their garden. But one must also stand in awe of Mother Nature’s infinite variety of living things, some of which Tessa has brought home from those roadside nurseries. That includes the Stag Horns, Chinese Lanterns, Buddha bamboo and pink Floribunda roses. Then too, her garden attracts so many chameleons, squirrels, crows and weaver birds who have moved in to make the D’Souza’s garden a busy place. 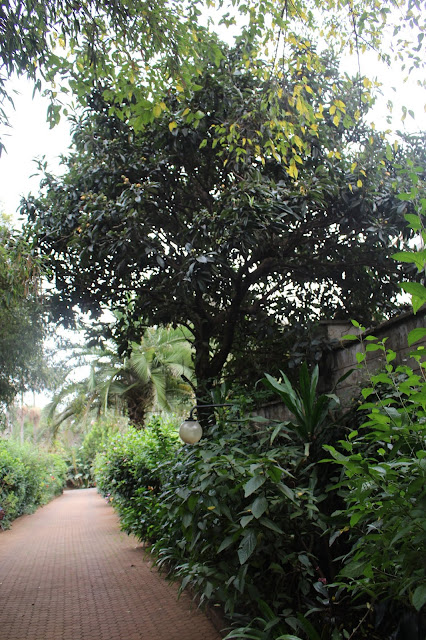 Tessa insists on introducing visitors to the two gentlemen who help her keep the garden immaculate and the plants looking ever-green, lush and beautiful. Aggrey and Simon are gardeners who work full-time at the D’Souza’s. 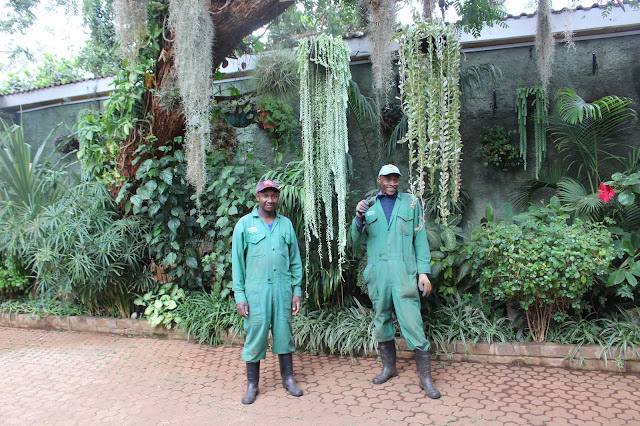 Joe wouldn’t have it any other way since he agrees the garden is an elegant reflection of Nature’s infinite creativity. But equally, he says to keep it that way, “It’s a full-time job!” 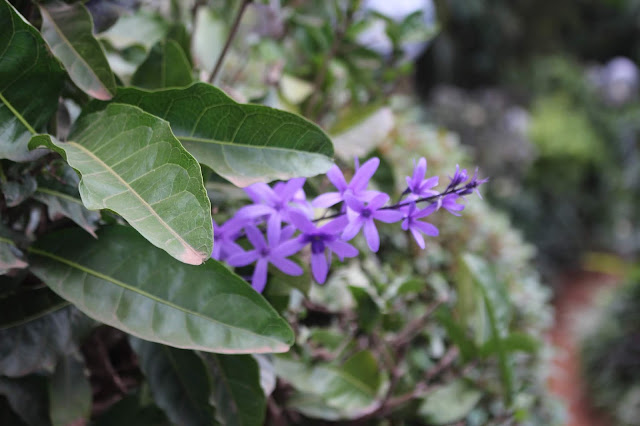 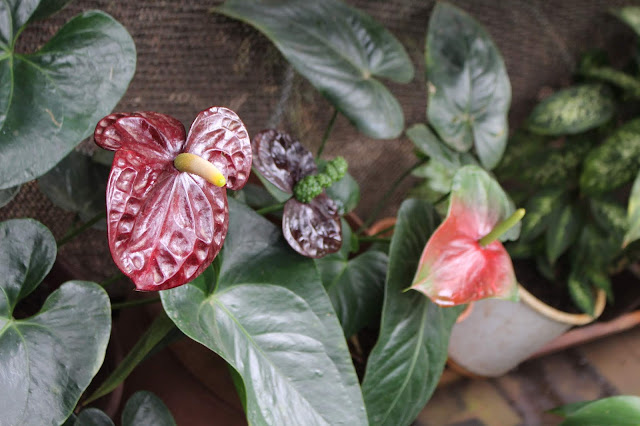 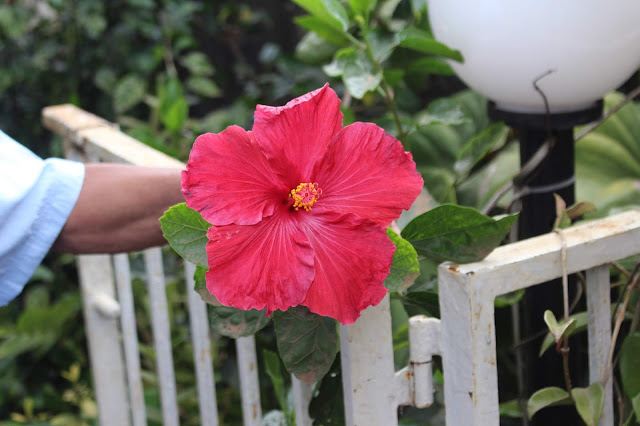 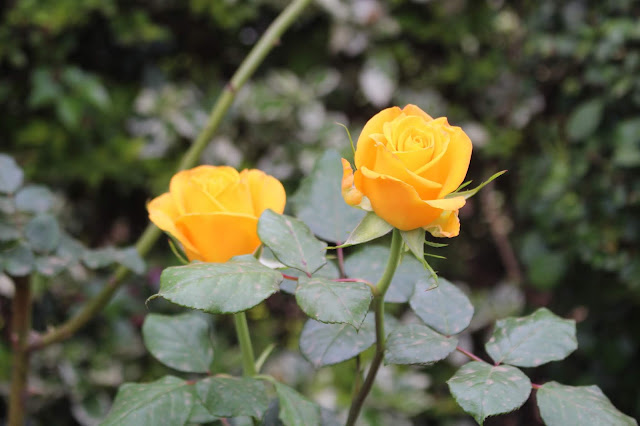 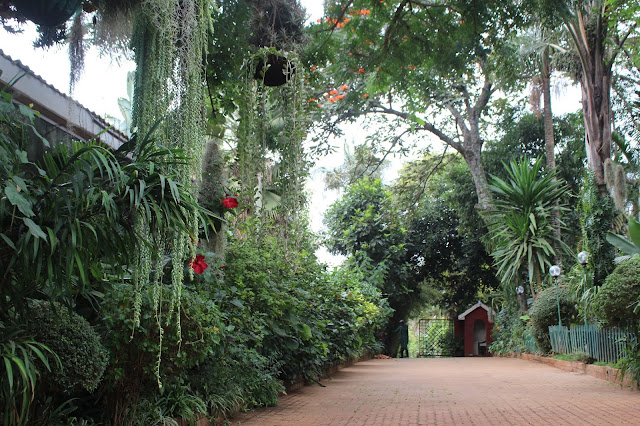 Posted by Margaretta wa Gacheru at 06:22