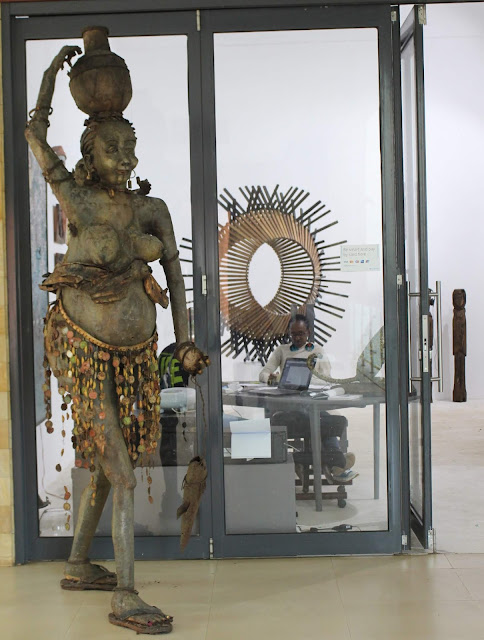 One Off Gallery’s new Sculpture Garden started off small. Carol Lees, the Gallery’s founder-curator originally invited her friend and avid sculpture collector, Marc van Rampelberg, to curate a sculpture show featuring works by the family of the late Samwel Wanjau.
Renowned for being Kenya’s greatest sculptor, Samwel spawned two sons, Jackson and Anthony, both of whom took after their dad artistically. Then Jackson had a son, Samuel Wanjau, Jr. who clearly has imbibed the genius of his elder namesake as well as his dad’s and uncle’s. 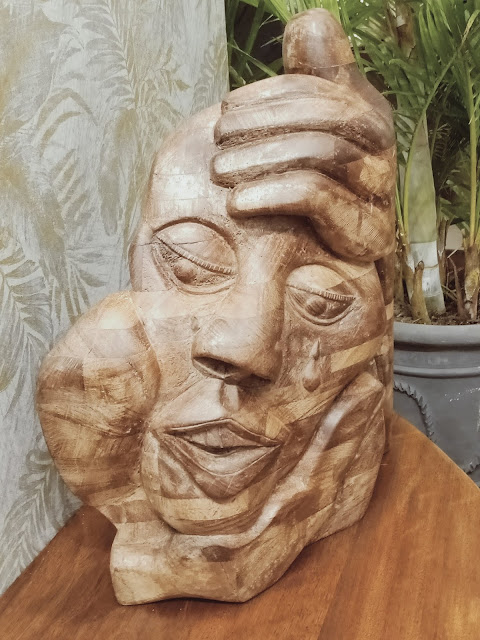 Nonetheless, despite Marc noting the show could easily get underway, based solely and the families’ sculpture that he owns, he set his sights on a larger, more ambitious showcase of Kenyan sculpture.
“I wanted to open it up and put out the call for all sculptors to bring their art to One Off,” says the founder of Rampel Design who had already agreed to curate the event. “That way the premiere exhibition of One Off’s new Sculpture Garden could be inclusive.” 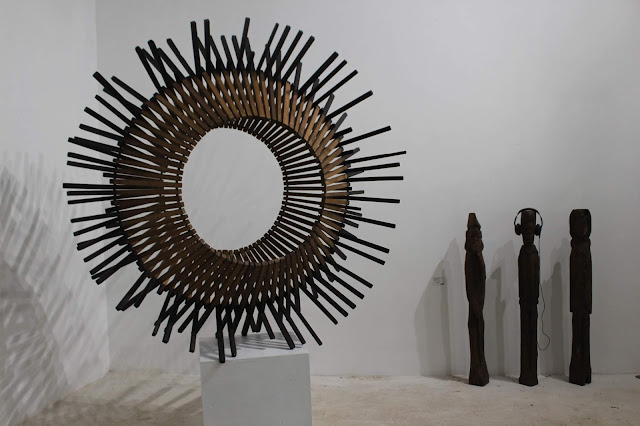 The Sculpture Garden is also a concept that took off almost by happen stance. Carol, being ever the conservationist, was concerned about the shrinking population of Colobus Monkeys who have been losing their habitat. An environmentalist friend suggested that she plant more trees in her backyard where the monkeys could happily find a new home.
“But in the process of tree planting, we realized the Eucalyptus had to go since they were effectively [hogging] the land where indigenous trees were meant to grow,” says Carol who initially had no idea she’d be uprooting scores of Eucalyptus trees. But it was while that process got underway that Carol and Marc together came up with the notion of the Sculpture Garden. 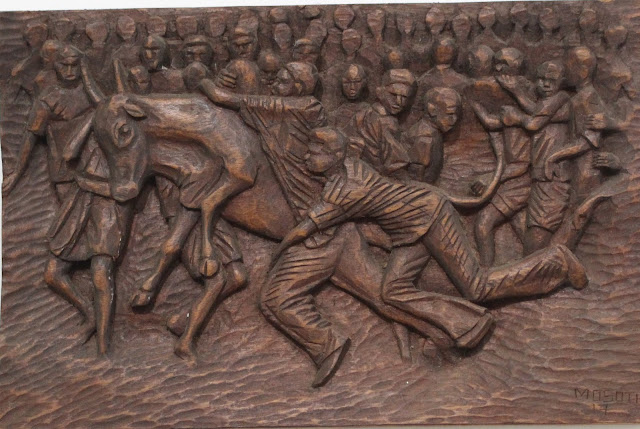 The actual process got underway last April, and up until the morning of the 31st, she and Marc have been working to get not one, two or three but four spaces all set for the grand opening of the Sculpture Garden premiere.
“I’m curating in four spaces,” says Marc, noting there are three at the original One Off: one in The Loft, one in the former Stable and one on more than an acre of ground going from The Loft down to the far end of the property.
The fourth space is at Rosslyn Riviera Mall where Carol opened the One Off Annex several months back. “At the Saturday opening, you can come first to the Mall and after that, we will have tuk tuks available to transport people up to One Off Gallery,” says Kui Ogonga who assists Carol in the management of the Gallery. 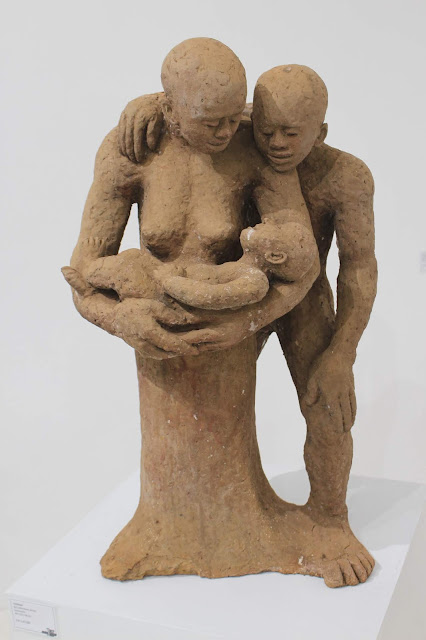 A few days before the opening, sculptures were still coming in, brought by mainly up-and-coming artists who were hopeful that their work wouldn’t be excluded.
“Quite a number of artists whose sculptures are in the show won’t be in the catalogue since they came after it was complete,” says Carol.
But that’s not a problem since she is conscientious about captioning all of the artwork. That is how one can know that more than 60 artists are exhibiting in the show which is simply entitled “Form”. What’s more, many of them have more than one piece in the exhibition which means that even with four different venues, Marc and his team have had a challenge fitting everything in. 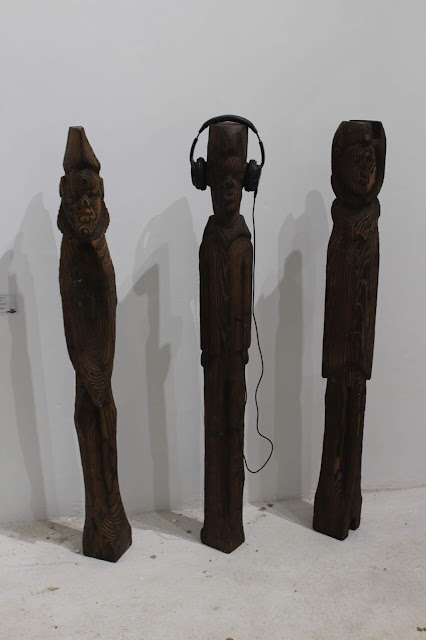 But this is where Carol’s new Sculpture Garden is spacious enough to accommodate all the works that might be a tight squeeze in the other three indoor galleries.
To say ‘Form’ is unprecedented is an understatement. But leave alone the settings, the spaces and open invitation to exhibit in one of the most influential galleries in Kenya. The works themselves are magnificent.
There are sculptures by well-known Kenyan sculptors like all four Wanjau’s (since Marc is sharing pieces by Samwel, Senior), Edward Njenga, Gakunju Kaigwa, Peterson Kamwathi, Maggie Otieno, Bertiers Mbatia, Meshak Oiro,  Kevin Oduor, Peter Ngugi, Nani Croze, Cyrus Kabiru Ng’ang’a, Dennis Muragure, Kepha Mosoti, Chelenge Van Rampelberg, Peter Walala, Morris Foit, Onyis Martin and the late Omosh Kindeh. 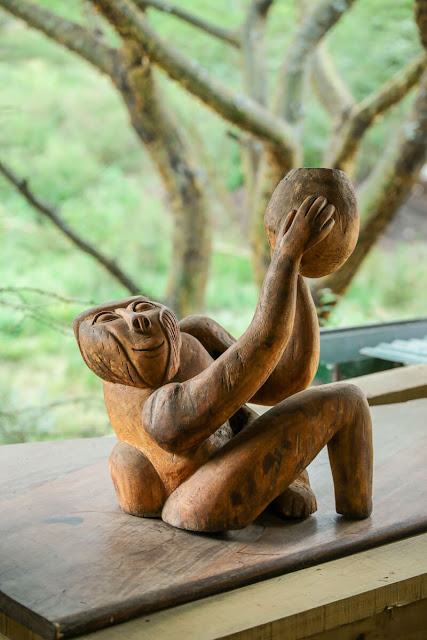 But there are also many rising stars exhibiting too, including Evans Ngure, Harrison Mburu, Irene Wanjiru, Peter Kenyanya, Lionel R. Garang, Sebawali Sio, Tabitha wa Thuku, Robinson Kimathi, Taabu Munyoki and Mario Cassini as well as Ugandan artists, Francis Nnaggenda, Charles Kamya, Michael Angelo and his father, the late Expedito Mwebe.
The exhibition includes conceptual sculpture like that of Xavier, Junk art by the likes of Cyrus Kabiru and Evans Ngure, semi-abstract art like that of Charles Kamya, abstract art like Darshana Raja and even live sculpture which Marc has arranged with a mime artist who will perform during the opening.

“There will even be a light show in which the light will be the sculpting medium,” says Marc who has worked hand in hand with Carol to ensure ‘Form’ is a world class event. 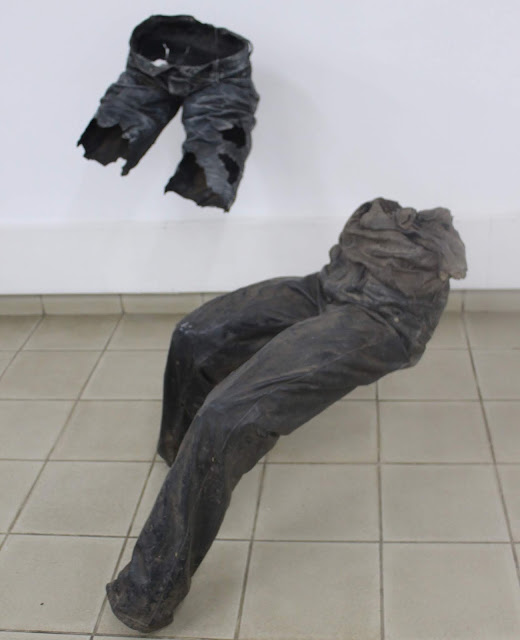 Posted by Margaretta wa Gacheru at 12:20