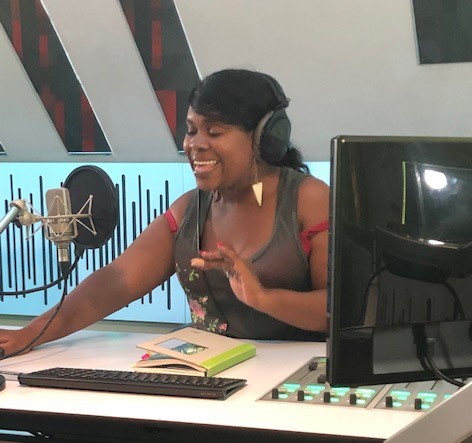 LIFE FM is the radio station that we may soon be watching. It’s still in its final phase of development, but its future looks bright.
Nonetheless, TV viewers can be a fickle crowd and now that more and more Kenyans are making films and sit-coms, there’s increased competition for viewers’ eyeballs.
But given the pilot already has a star-studded cast, a super cinematographer, diligent director and script writers seeped in imaginative ideas peppered with spicy insights into people’s private lives, the future looks promising.
It’s not quite so bright for Lorna, played by Mkamzee Mtalewa, the dead-of-night DJ who’s got her call-in advice program on LIFE FM. She’s a trained psychologist who has wise ideas for all her callers, however pained or problematic their situations are. But she’s not so great with her own relationships. That includes her number one man, played by Brian Ogola.
That will be a fascinating couple to watch, since we just saw them in two very different roles in ‘Lusala’, a film that showed off both their acting chops and made us tell all our friends they had to see it since it is bound to be winning awards in the near future.
But in the first episode of LIFE FM, the phone caller played by Brenda Wairimu (who is also a film star for her leading role in ‘Subira’) calls herself Wonder Woman in order to cloak her true identity. Her issue is domestic abuse by her spouse, played by Martin Githinji who just came off the Kenya National Theatre stage where he played yet another bad guy in ‘Sarafina’.
Both Martin and Mkamzee had leading roles in Sarafina which, according to the musical’s director Stuart Nash, will be coming back to KNT in October at the insistence of the Minister of Culture and the Arts, Dr Amina Mohamed. 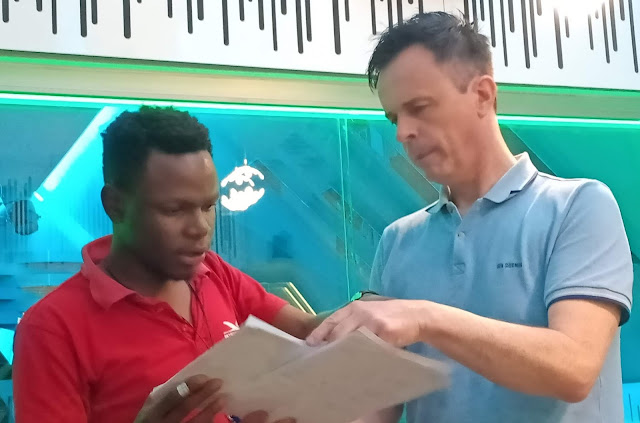 Stuart also has a significant hand in LIFE FM since he’s both producing and directing it. He’s also the one who got Kenyan cinematographer Nathan Prior to come on board and film the first episode of the series. That was no small feat as Nathan is a man in demand. He just completed filming ‘The Great Kenyan Bake Off’ which is a take-off on the original British show that’s been picked up and cloned in countries all over the world.
Stuart also called in Philip Kipele and Davina Leonard to script write the series.

Posted by Margaretta wa Gacheru at 08:25