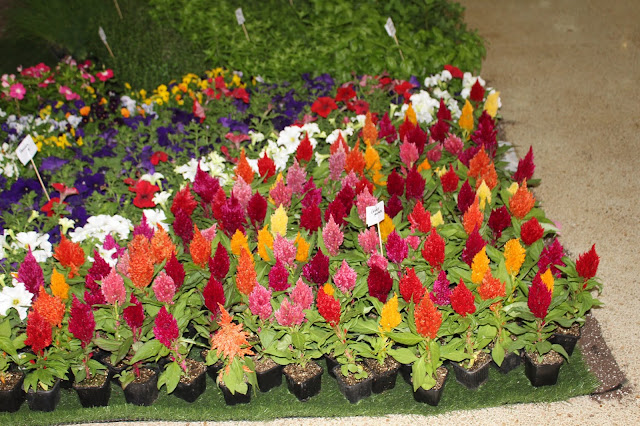 During all her days studying marketing and finance in Australia, Zoya Virjee never dreamed she’d one day be known as the ‘potted plant lady’. Nor did she plan to start up her own company specializing in potted flowers and herbs.
But it happened! Zoya launched EZ Plants early this year, and already, the business has blossomed. She started off as a one-woman venture last March, but already she delivers thousands of potted plants every week all over Nairobi. “We also will be delivering to Tigoni and Limuru soon,” says the woman who didn’t grow up with a fetish for flowers or herbs.
“But ever since I got my first job, working with a ‘rose propagation’ firm, I’ve come to love being around flowers and visiting flower farms,” says this young entrepreneur who heads to Naivasha at least once a week to place her orders with her former boss, Plantech Kenya Ltd., the gigantic nursery from which she gets virtually all the flowers and herbs that she sells.
“It’s important that I go there since there are some orders I have to place well in advance,” says Zoya, noting that an herb like mint has to be ordered six weeks in advance. “The seeds have to be sown; then three weeks must pass before the seedling can be transplanted. After that, it takes another three weeks before the plant is large enough to be sold,” she adds.
Zoya’s knowledge of the plant field has grown exponentially since that first job where they grew seedlings for farms that export roses abroad. “Initially, I had just been looking for a job. But then, once I got it and visited the farms we’d send our seedlings to [in Naivasha, Timau and Eldoret], I got seriously interested in plants.”
Moving over to the ‘mother company’ of the rose ‘propagators’, (Solo Plants Kenya) in 2015, she quickly got moved up the ladder to the point where her bosses could see she was ready for a new challenge. There seemed to be a new niche market in potted plants. Would she want to test it out?
“Before I started selling potted herbs, you could buy herbs in bunches, but not in pots,” observes Zoya who relished the challenge and took up it straight away.
Having her target market in mind, Zoya started out at the Farmers Market in Karen. Now she goes to all the farmers markets in Nairobi as well as to the main malls, from The Hub, Two Rivers, Galleria and Junction to Sarit Centre, Village Market, Diamond Plaza and TRM.
“We now supply florists, restaurants, schools, super markets and annual fairs as well as pop up exhibitions, landscape gardeners, flower shows and individuals with home gardens,” says EZ Plants’ owner who started out as a one-woman shop but soon had to train several ladies to help her meet the needs of an insatiable market in potted plants.
Early on, she was asked if she did home deliveries. She didn’t at the time, but quickly said yes, and has been doing it ever since. That’s how she came to bring in thousands of potted herbs and flowers from Naivasha to Nairobi at least three times a week. “Initially, I used to just put the plants in the back of my car and make the deliveries myself. But now the plants are delivered either by pick-up, Probox or Van.
The range of plants that she sells is immense. It includes everything from herbs like basil, mint, oregano, lavender and lemon balm to peppermint, rosemary, wild rocket, chilis and thyme. She also sells lovely flowers such as petunia, portulaca, dahlia, zinnia, vinca and perhaps most popular of all, the violas which are edible flowers.
“The violas come in all colors and are used in everything from salads and drinks to decorating cakes,” says Zoya.
Asked how she has managed to grow her business so fast she admits she hardly sleeps and works seven days a week. But what her business has also proved is the power of social media to help build a business.
“I post at least twice a day on Instagram and maybe twice a week on Facebook,” says the lady who has found that social media is a more powerful marketing tool than word-of-mouth or even mainstream media. And having a cell phone that beeps every time someone comments on her posts, Zoya’s a case and point illustrating how technology and social media have helped her harvest a bountiful business.


Posted by Margaretta wa Gacheru at 06:06