The ABSA L’Atelier Awards have been running for the past 32 years. But up until three years ago, the competition only involved South African artists.


The first L’Atelier arts competition to be open to other African artists came in 2015. Since then, the contest has attracted original artworks by creatives from ten African countries: Kenya, Uganda and Tanzania as well as Botswana, Zambia, Ghana, Mauritius, Mozambique, South Africa and the Seychelles. 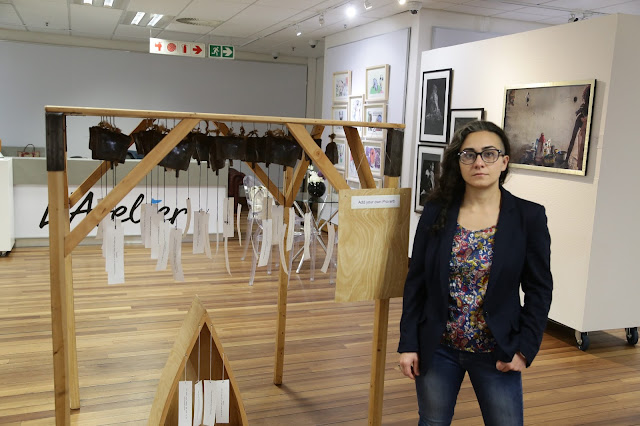 Kenyan artists featured in the top 100 since 2015. Among them were Jackie Karuti, Kevo Stero, Onyis Martin and Maral Bolouri. But this year the top prize went straight to the Kuona Trust-based artist Maral. Her ‘Mothers and Others’ installation was awarded for its ingenious investigation of African proverbs and their representations of women.


Her installation reveals that the overwhelming majority of proverbs represent women negatively. All across the region, women in proverbs are portrayed as lesser beings who are helpless and weak-minded. 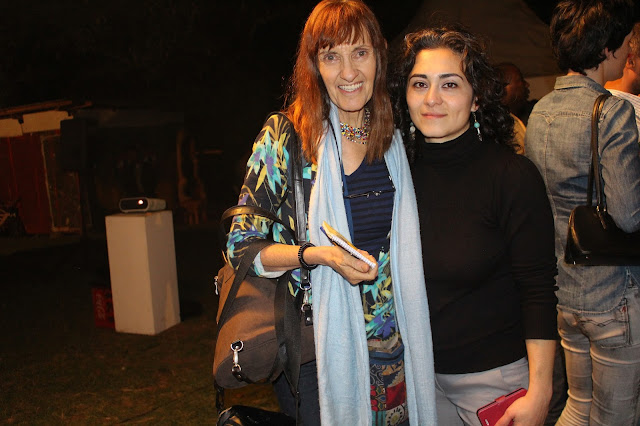 Maral and Margaretta at Kuona Trust in  2015

But after months of research, Maral also found a few positive adages, although they mainly reflected well on mothers and women’s reproductive potential.


In three structures, her interactive installation juxtaposes the positive and the negative. In the first one, handmade iron cowbells dangle from a tall wooden frame. Each bell is attached to a proverb that represents women unfavorably. But beneath the bells is a triangular altar containing the few positive proverbs.


The second structure contains unlit candles suggesting that there’s hope for women in future, and the third one is blank but labeled with a public notice inviting people to write their own proverbs which represent women.


Maral has won a six month residency to the ‘Cite Internationale des Arts’ in Paris and a substantial cash award. It also entitles her along with the other top ten awardees a two day course on professionalism and how to effectively manage their fine art career.


At the ABSA (Amalgamated Bank of South Africa) L’Atelier Gallery in Johannesburg, Maral’s installation together with the artworks for the other top 100 selected artists have been on display since September 14th. The exhibition of L’Atelier 2017 entitled ‘Give Art Life’ will run through October 27th.


The other Kenyan artist who placed in the top ten of L’Atelier 2017 is Elias Mungora Njora. His painting ‘Foot Prints 4’ ranked number nine.


Both artists have studios in Nairobi, Maral at Kuona Trust and Mungora at Brush tu Art Studio.
Q&A for Maral Bolouri (submitted 25 September 2017)
1.     MG: Hi Maral, Congratulations on winning the L’Atelier 2017 first prize. How many countries were involved in the competition this year? Do you know how many artists submitted art work both regionally and nationally?
2.     Q: Your winning installation was entitled Mothers and Others. It’s a fascinating title but could you describe how and why you constructed it as you did? What materials you used and how did you decide on the construction?
3.     Q: I know you have been researching African proverbs and how those adages portray women for some time. Could you please tell us when and why you began doing this research? How many countries’ proverbs did you examine?
4.     Q: How did you conceive the structure of your installation? Did you have the design in mind early on, or did it evolve out of your research?
5.     Q: Your installation indicates that the vast majority of Proverbs about women were negative. Could you share a few? I believe the media reported that the over-arching image of women reflected in these proverbs was of woman as imbecilic and weak? Is that an accurate generalization?
6.     Q: I imagine your research findings must have been distressing for you. Am I correct? Do you see a way of changing those negative attitudes towards women?
7.     Q: the few positive proverbs that you found, I gather you placed inside what was called an ‘altar’ or shrine: what’s the precise name. And why did you put them there?
8.     Was it paper that you wrote the proverbs on? If not paper, then what medium did you use to write the proverbs on? Is the installation as fragile as it looks?
9.     Q: I gather this is not your first exhibition to address the issue of women and stereotypes. What was the name of that previous one? Did your Mothers & Others installation develop out of that previous exhibition which I believe you had at Kuona Trust some time ago (was it 2 years ago?)
10.                        Q: what sort of impact has your research and the art that has emerged from it, had on you personally? Do you find it disillusioning or does it energize you to want to affect change in attitudes towards women through your art or by any other means?
11.                        Please tell us a bit of your background: e.g. where were you born? When? When did you know you wanted to be an artist? Could you describe your formal and informal training?
12.                        Where have you exhibited and when?
13.                        Finally, (and probably what should have been the first question): What does winning first prize at this year’s L’Atelier mean to you? In concrete terms, you will be going to Paris sometime soon, I gather. When will that be and where? Which art institution? I believe you will be given a cash prize as well. Do you have a plan for how you might spend it? But psychologically, how do you feel about being the first in Kenya to win such a prestigious award?
14.                        Q; How do you anticipate this major win affecting your life in the future?
Again, congratulations Maral. Thank you for agreeing to answer my questions. I am thrilled for you and trust your win will have a positive impact on your life.


Posted by Margaretta wa Gacheru at 11:28