The Kenya Cultural Centre is collaborating with the Nairobi Performing Arts Studio (NPAS) to bring back ‘Jesus Christ Superstar’ this month, from September 14th through the 17th at Kenya National Theatre. 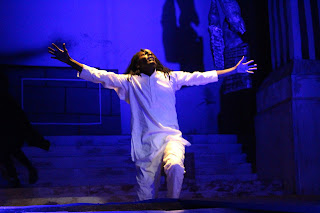 Dan Aceda is being replaced as Jesus by Martin Githingi when show opens Sept. 4, 2017

“It was a decision made due to popular demand,” says Stuart Nash, founder and managing director of NPAS. “Requests for more performances started almost as soon as we closed the run last April,” he adds.


But there will be significant changes in the show’s design this time round. For one, there’s an alteration in the cast, with Martin Githinji replacing Dan Aceda as Jesus Christ and Nice Githinji replacing Miriam Nyokabi as Mary Magdalene. 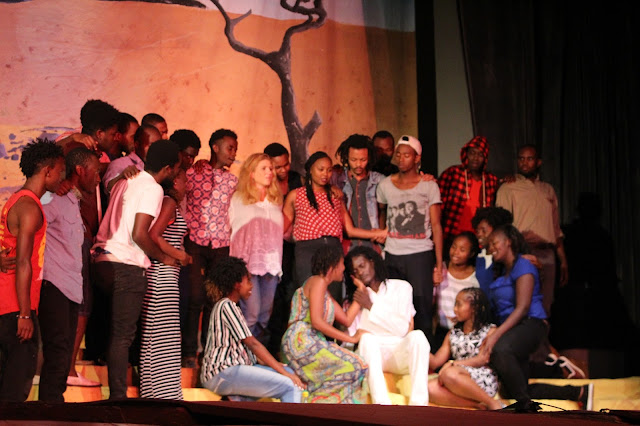 “Both of these artists are best known in the theatre world for their acting, not for their singing voices,” admits Nash. “But they are both really good singers.” So he insists the quality of vocals will not be reduced.


The other big change is that Mr Nash has decided to form his own orchestra for this production. The ad hoc group still has the same four-man rock band at the centre of the music, but the backup musicians are made up of talents with whom Stuart has worked since he first came to Kenya in 2015.


At the time he’d been invited to stage musicals for one private Nairobi school. But he branched out after staging Annie, Oliver and Joseph and the Amazing Technicolor Dreamcoat, having seen there was a big gap in the local theatre scene. There was a need for a proper performing art training institution which would focused exclusively on acting, directing, stage and set management.


It was then that he decided to establish NPAS with a good deal of support from the Executive Director of Kenya Cultural Centre, Edwin Gichangi.


“Mr Gichangi has been extremely helpful, since he gives us teaching and rehearsal space in Kenya National Theatre. In return we produce several shows there and share the revenue from ticket sales,” Nash says.


Neither Gichangi nor Nash might remember way back when Titus Gathwe headed the National Theatre Drama School, assisted by the late Frances Kimotho. But a number of actors who emerged after Independence came out of NTDS. Unfortunately, the School couldn’t survive since the Government didn’t give it the support it required.


But with the arrival of Mr Gichangi, it would seem the Government has taken a turn for the better. Now at least the public can be assured that quality productions will be staged at Kenya National Theatre thanks to the cooperation between KCC and NPAS.


Nash himself has had an impressive theatrical career which started long before he came to Kenya.


“I was performing on the West End [of London] when I was nine,” he revealed to BD. “My mother started me off from age 5 in a performing arts primary school,” he adds.


In addition to having experience in acting and directing shows, Nash is also a composer and musical conductor.


Currently, he’s rehearsing with his untitled ad hoc musical team. And he most likely will be conducting JC Superstar when it opens next week. 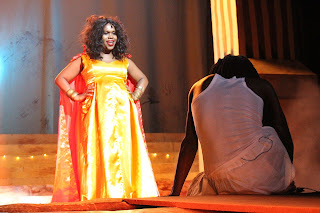 Fortunately, Nash managed to bring back the cast who performed as Judas, Mugambi Nthige and Herod, Mkamzee Mwatela. But the chorus will be filled with a number of newcomers to the stage since the musical is not only a semi-professional production. It is also part of the NPAS curriculum which the Studio’s students must complete in order to get the degree.


Nash is having further impact on the Kenyan theatre scene since he is working with the Ministry of Education to help devise a proper performing arts curriculum, something which doesn’t yet exist. The country has an amazing annual Kenya Schools and Colleges Drama Festival, but no drama curriculum.


“We are also working on a new musical with Eric Wainaina,” he adds. “But I’m not at liberty to disclose the details just yet. I can say we plan to stage it by this coming Easter.”


Meanwhile, the local theatre scene is seriously picking up. While Kikuyu comedies have been consistently staged at KCC’s Ukumbi Mdogo, Tash Mitambo and Joseph Babu Wairimu are starring in Scott Perry’s Bookends this Saturday at 6pm and Sunday at 3:30 and 6:30, also at Ukumbi Mdogo.


Finally, Heartstrings Kenya is back with their latest comedy. ‘Below the Belt’ is currently on at Alliance Francaise through Sunday.
Posted by Margaretta wa Gacheru at 04:05